“It’s bad enough that people are dying of AIDS, but no one should die of ignorance.”

Ribbons and Roses
By Catherine Opie

Learn more about using PrEP as HIV prevention.
Get tested. Know your status.
Find out if PrEP is right for you.

ETAF supports organizations delivering direct care and services to people living with HIV and AIDS, often to the most marginalized populations in need.

Join Elizabeth Taylor’s legacy as an activist and philanthropist by donating to ETAF, and help the lives of people affected by HIV and AIDS in the U.S. and around the world.

Since its inception in 1991, The Elizabeth Taylor AIDS Foundation has provided funding to organizations to help prevent the spread of HIV and to provide direct care and assistance to those affected by the disease.

This map below shows where we work:

This short film STILL FIGHTING is narrated by Colin Farrell and serves as a call to action and raises awareness that the global fight against HIV/AIDS is far from over. Directed and produced by Adam Shankman and mOcean, the film includes music donated by Katy Perry, Coldplay, the Michael Jackson Estate, and One Republic.

To date, ETAF has granted to more than 675 organizations in 44 countries and 42 states in the U.S. 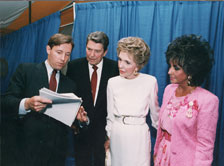 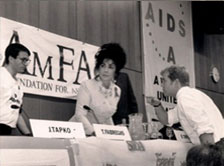 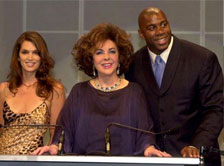 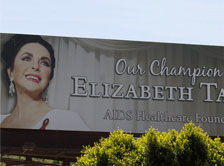