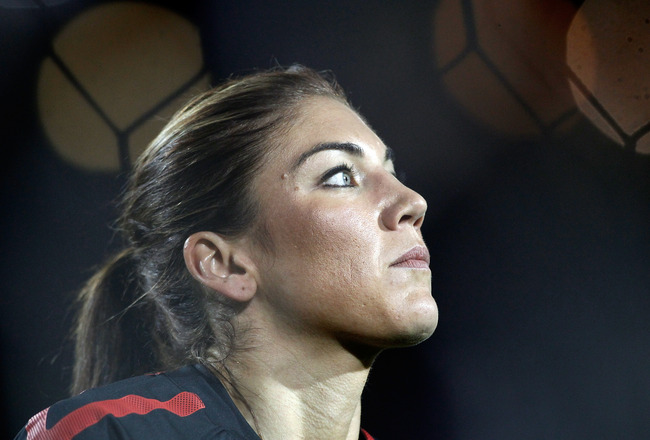 Is anybody busier than Hope Solo these days?

The famed goalie of the US Women’s National team is juggling about 100 different things right now.

She is a contestant on the latest season of Dancing With The Stars, a commitment that eats up about 40 hours a week. She is still training with teammates, getting poetry read to her by MLS players and even posing nude in ESPN the magazine.

Now she’s in a Youtube video talking trash to Phoenix Suns point guard Steve Nash. The two faced-off in a game of EA Sports FIFA Soccer 2012 (set to be released September 30) and politeness was thrown out the window.

Nash called his opponent “hopeless” in the pregame trash talk session and backed it up with an early goal. The soccer aficionado has always dabbled with the sport, but has made a decent living playing basketball (two MVPs qualify as decent right?).

Solo didn’t panic and began to use her knowledge of the game to score two quick goals, making it a 2-1 game.

“If you want to use your hands, I can turn the hand-ball function off,” proclaimed Hope after her offensive explosion.

Nash was quick to remind Hope of how easy her job is:

“Oh, you’re one to talk, how about you run around instead of standing in front of the goal for 90 minutes?”

Yet after all of the trash talking and laughs, it was Solo that scored the 3-1 victory.

This wasn’t even the first video game promotion for Hope, who was in a commercial for the Nintendo Wii game Just Dance Summer Party that aired during the World Cup.

Clearly, she is taking advantage of all the fame that comes with being the best female goalie in the country.

Now get off the couch and get back to practicing the cha cha…you don’t want to be the next one voted of DWTS!

What is the duplicate article?

Why is this article offensive?

Where is this article plagiarized from?

Why is this article poorly edited? 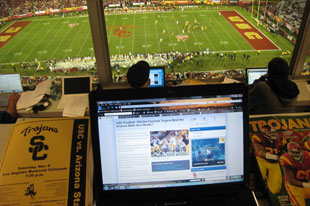 We're looking for talented writers to feature on Bleacher Report

Real-time news and alerts for your favorite teams with the b/r Team Stream™ App. It's Free! Download for: 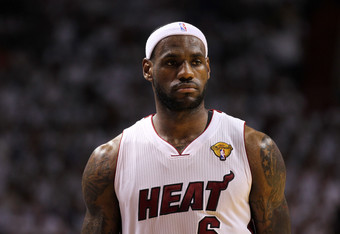 We'd like to send you the most entertaining Phoenix Suns articles, videos, and podcasts from around the web.

Subscribe
How Suns Can Solve Shooting Guard Issue Hint: you can use arrow keys to navigate through this channel.