Cynicism is a term used to reference an attitude that is suspicious of others motives and intentions. In the 1980’s punk rock was introduced as an alternative way of living and thinking. It challenged the religion, culture and opinions of society. It was a way for people to express their freedom of speech in a way that was directly visible. Punk rockers work clothes with profanity and suggestive nature on them. By society it was not accepted and was a way of acting out against how you should live, dress and act. Most of the punk rock age group was targeted towards late teens and early twenties. The way cynicism worked is that standards were created to keep people the same, but to some they knew they wanted to be different so they decided to follow a different path. I’m not saying that it was wrong. As long as people have their own reasoning behind their actions then it must be the right choice for them. In Figure 1 there is a description of what society feels cynicism is. The colored areas show what is acceptable and the black areas show what is unacceptable. Everyone goes through these traits throughout their entire life, so to me I feel that if this is what they believe cynicism is, then we are all cynics. 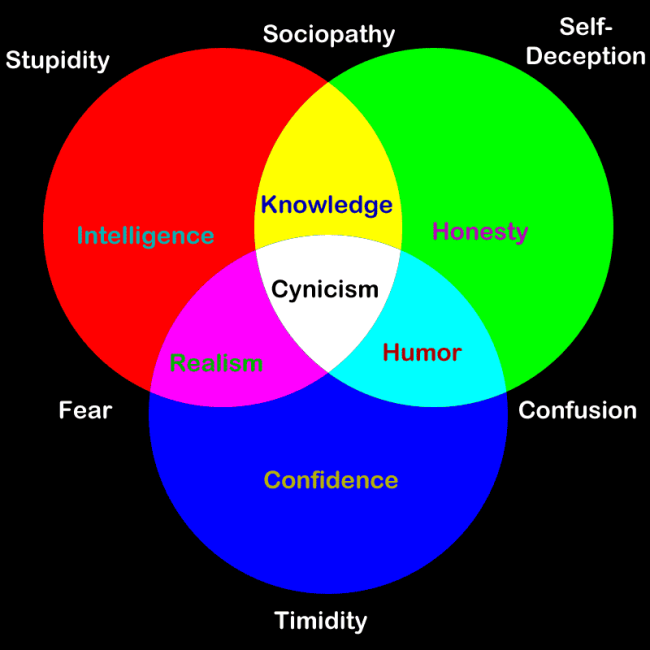 Pop culture focused on rebelling against normal means and standards and so were adolescents. Everyone knew change was in the air, cynicism was just one way of making progress. Not everyone thinks alike. We all have different views, opinions, values and desires. It is normal for people to act out, but it was un-normal for the way that they did it. Pop culture introduced people to expression that was eventually accepted by society so why couldn’t people express themselves through clothing, style and behavior? I personally understand why cynicism was such a popular statement. When you are growing up, you are trying to figure yourself out and need to express yourself. Our adolescent phase is a critical time in our lives because we are going through so many changes. Rebellion, violent attitudes, style statements are some of the things we glean towards because it is the complete opposite of what our elders are like (shown in figure 2 & 3). We want to be different and creative so we reject what is laid before us for our future. 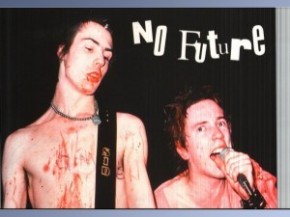 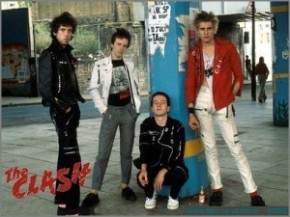 To me cynicism is just a challenge to overcome. It does not harm our society. People will always make personal choices that could harm themselves or someone else, but that does not make their freedom to express themselves and challenge our world wrong. Change is never ending, so once we accept new changes in our future we can be able to live a fulfilling life.

Our society is not perfect by no means. We have faults in ethical, political and social values. For someone to be brave enough to challenge these things, makes us recognize that there is an issue and we should address it. Perfection to one person is not perfection to all.