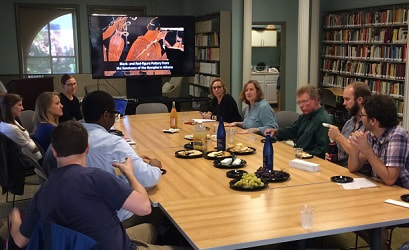 Archaeology Brown Bag Workshops provide an informal, interdisciplinary venue for presentations of work in progress by faculty, graduate students, and visiting scholars, and discussion of developments in recent archaeological literature.  Workshops convene four to five times per semester, on Fridays from 4:00-5:15 in the Brooks Hall Conference Room (2nd floor) unless otherwise noted below.

For the archive of past Brown Bag Workshops, click HERE


​​Textiles were, and are, a major object of exchange, traded at all levels of all markets around the world. This talk focuses on textiles in the Ottoman Empire, from about 1400 to about 1700, considering the objects themselves provide the basis for writing new kinds of history. A massive silk hanging made for Sultan Bāyezīd I (r. 1389-1402), a type of cotton sometimes worn by dervishes and guildsmen, velvet upholstery made for avid customers in towns and cities near and far, and garments found in Palace collections begin to suggest the many overlapping topographies of textiles in the Empire and beyond. Using these examples and others, I’ll also argue that textiles—haptic, somatic, ubiquitous; in an immense range of types; with a collective status as a major commodity—demand new kinds of scholarly treatment. 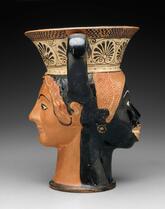 A recurring theme in the iconography of ancient Greek vase-painting produced during the Archaic and Classical periods from the sixth through fourth centuries BCE is the non-Greek foreign “other”—a category that included Africans, Persians, Scythians, and Thracians. During the second half of the twentieth century, Greek vases and other artifacts with depictions of Africans were extensively studied by Frank M. Snowden, Jr., the most prominent Black classical scholar in the United States. Focusing on both written and visual portrayals of Africans, which he asserted were sympathetic, Snowden advanced the thesis that pervasive anti-Black racism characteristic of the contemporary United States was unknown in the ancient Mediterranean. Snowden, nevertheless, relied heavily on anthropological scholarship rooted in biological racial essentialism that was already being discredited when he began his career in the 1940s. Framing the artifacts as an “anthropological gallery,” his interest in the superficially realistic representations of Africans came at the expense of other important considerations—of production, function, distribution, audience, and context. Using these considerations as a point of departure, in this talk I reconsider two kinds of Greek vases studied by Snowden to offer a preliminary attempt at showing how archaeologists might interrogate his foundational research and, by adopting a more comprehensive approach, exit the “anthropological gallery.”
Nov. 5
Sadie Louise Weber, Harvard University
"Eating Local, Drinking Imported: Cuisine and Identity at 3000 BP in the Central Andes"
​(Zoom details to come)

This study combines microbotanical, faunal, and stable isotope analyses to explore interregional interaction, cuisine, and identity formation during the Formative Period (ca. 1800-200 BCE) in the Central Andes at two sites: Chavín de Huántar and Atalla. Both sites comprise civic-ceremonial centers and affiliated settlements tied to the Chavín culture, a phenomenon that spread widely across the Central Andean Region between ca. 1300 – 400 BCE. While animal use at both sites appears to have been distinctly highland in tradition, a greater variety of plants were used, including cultigens that cannot grow within either sites’ immediate area. Moreover, evidence for grinding, boiling, and fermentation of maize, manioc, and algarrobo, point to specific beverage recipes that may have played a significant role in social cohesion. In this presentation, I explore the movement of foodstuffs, distinctive methods of food preparations, and ingredients as markers of identity during the Formative Period in the Ancient Andes.