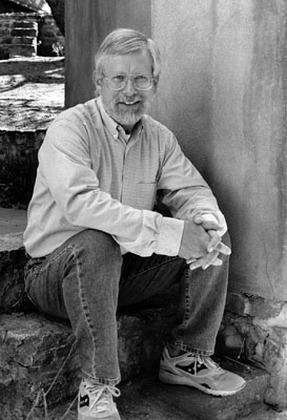 Steve Plog is the David A. Harrison Professor Emeritus, Department of Anthropology. His interest in the American Southwest in part derives from having been born in New Mexico and spending much of his childhood in El Paso, Texas.  He subsequently became even more fascinated with the area during his education at the University of Michigan (BA 1971, MA 1973, PhD 1977).  He has conducted fieldwork in the Chevelon Canyon region of east-central Arizona, northern Black Mesa in northeastern Arizona, the Zuni region of west-central New Mexico, Chaco Canyon in northwestern New Mexico, and the Valley of Oaxaca in Mexico.  His exposure to archaeological fieldwork began during the summer of 1969 and has continued to spend time in the field over the last four decades.

Professor Plog’s research on the Pueblo region of the American Southwest addresses key aspects of social organization, demography, ritual and cosmology.  Most recently, he is examining variation in mortuary behavior in an effort to better understand much-debated questions regarding demographic patterns, social differentiation, and the function of Chacoan great houses.

Since 2002 Professor Plog has worked with several other scholars to create the Chaco Research Archive, an online archive users to access significant information on excavations conducted within the Chaco Canyon region over the last century.  The core of the archive is a relational database that has been constructed with the support of the Andrew W. Mellon Foundation and in cooperation with the Institute for Advanced Technology in the Humanities at the University of Virginia. In 2007, he was elected to the National Academy of Sciences.