A weekly roundup of good deeds, missteps, heroic feats and epic failures in the tri-state region and beyond. 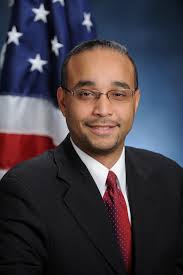 U.S. Senators Cory Booker (D-NJ) and Roger Wicker (R-MS) — The Senators have reintroduced their Innovation in Surface Transportation plan, a bipartisan bill that “would give local officials more control over the transportation planning process in their states and communities.”

New York Legislative transit champions — The State Senate has released their budget resolutions, which like the Assembly also include increases to statewide transit spending. The Assembly has also updated its resolutions to include $100 million for Bus Rapid Transit projects, a portion of which will help support Staten Island’s North Shore BRT, thanks to Assemblymembers Michael Cusick and Matthew Titone.

State Farm Insurance — The firm is aligning its future planning at three major sites to concentrate its employees near transit to create a “live-work-play environment that will give employees easy access to their work from the neighboring communities.”

Village of Hempstead, NY — Mayor Wayne Hall Sr. has attributed the village’s vitality to its proximity to a transit hub, which in turn spurred a major downtown revitalization project.

Newington, CT Zoning Commission —  CTfastrak bus rapid transit service launches later this month, but Newington’s Zoning Commission has turned its back on the busway by placing a moratorium on transit-oriented development.

Metropolitan Transportation Authority — The agency has rejected a resolution by City Councilmember Antonio Reynoso that would require rear wheel guards on all MTA buses to protect bicyclists and pedestrians from being run over.

Cross-Hudson commuters — New estimates show that a new Port Authority Bus Terminal would somehow cost as much as Amtrak’s Gateway rail tunnel project, an unhelpful juxtaposition that pits both projects against each other instead of making the case for supporting both.

15 of 16 NJ Senate Republicans – With a 24-to-16 voting advantage, Senate Democrats only needed to convince three Republicans to uphold their original votes in support of the bill to bring more transparency and accountability to the Port Authority, but in the end were only able to convince one, leading to a failed bid to override Governor Christie’s veto of the once unanimously-supported bill.