Posted By: Tri-State Transportation Campaign May 24, 2016 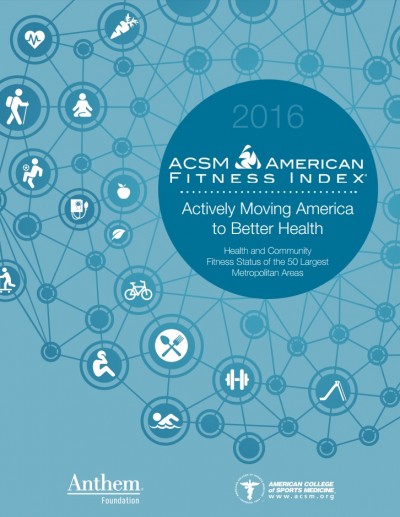 For the third report in a row, Washington, D.C. was ranked as the most fit metropolitan area in the nation. Hartford broke into the top 10 ranking this year in ninth place. New York ranked 22nd, followed closely by Philadelphia in 24th and further down the line, Buffalo in 35th.

Once again, it appears that fitter cities tend to also be safer for people on foot and on bike. Seven of the top 10 fittest cities were also denser than average.* With that in mind, one might assume that since New York City is both high-density and relatively bike-walk friendly, the surrounding region would rank better than middle of the pack. The report reveals, however, that less than a quarter (23.1 percent) of people in the New York metro region are meeting recommended levels of physical activity. One way to get people more active would be, of course, a regional network of safe, dedicated infrastructure for biking and walking.

*Hartford, CT was not included in the Alliance for Biking & Walking benchmarking report but is denser than the average used.