New Jersey currently has a D grade when it comes to legislation that protects people while walking and bicycling. You wouldn’t want to bring that grade home from school, and it’s unacceptable for the state to continue to ignore the needs of its road users. However, this Thursday, the Senate Law & Public Safety Committee will finally take a step toward improving that grade by introducing one of the most comprehensive Safe Passing Policies in the country.

Jersey is one of only eight states to not have a specific law that protects cyclists, even though the state does have safe passing legislation for other groups of people. Emergency responders? Yes. Car drivers? Yes. Horses and their riders? Yes. But when it comes to protecting the most vulnerable people on our roads – the people walking, biking, in wheelchairs, or on scooters and skateboards – New Jersey fails to show up. In fact, the state has dragged its feet on this bill for at least a decade (see TSTC’s take on this from 2014, 2015, 2016). We hope this new bill will finally fix this critical gap, protecting people and encouraging multimodal transportation across the state. 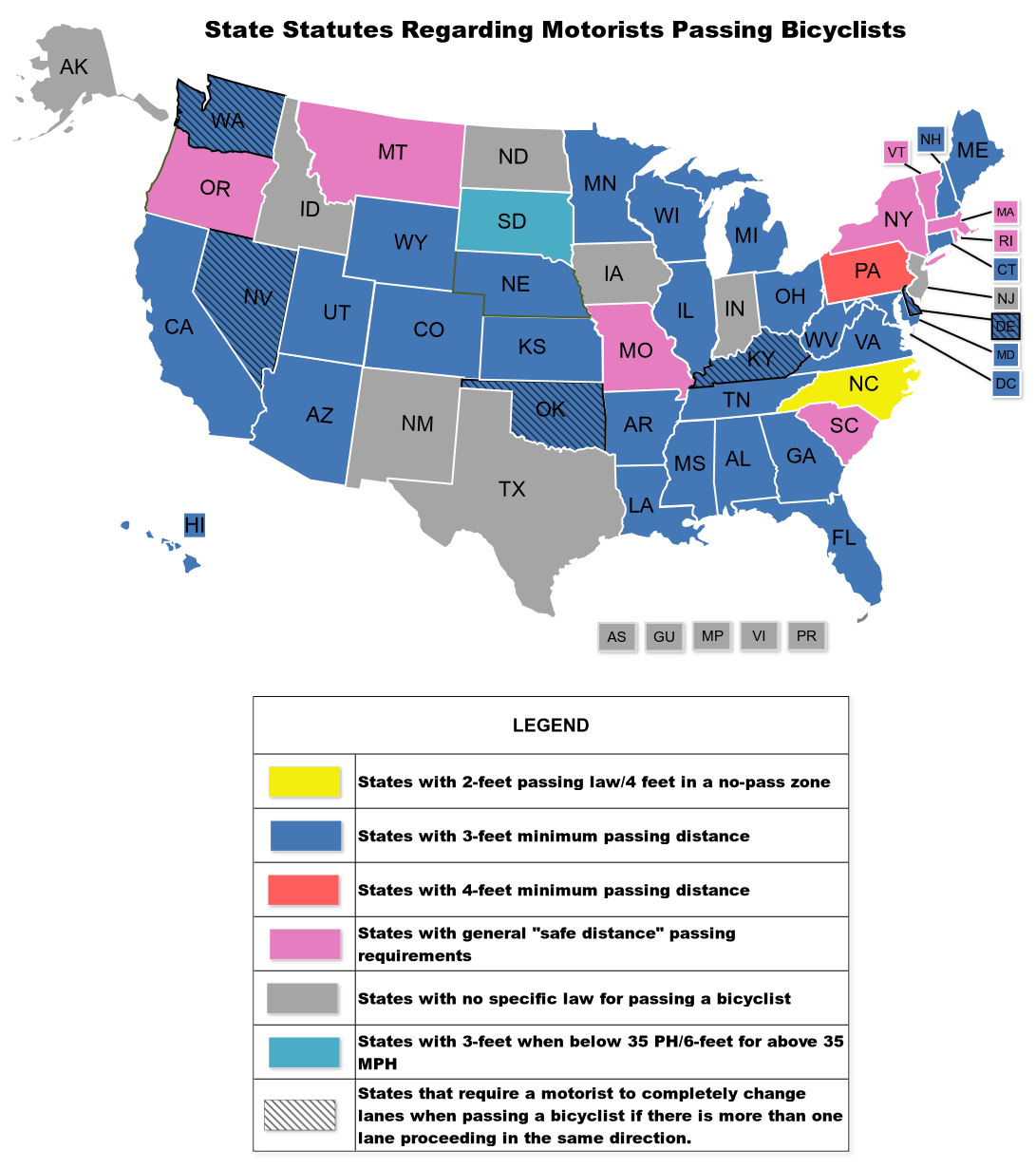 The new safe passing bill comes at a much needed time. With 197 people losing their lives, despite a drop in traffic brought on by the pandemic, 2020 was one of the deadliest years for pedestrians and bicyclists in New Jersey. Approximately 34% of people killed on the state’s roadways are people walking and bicycling, making New Jersey a pedestrian-bicycle safety focus state. Furthermore, those killed on roadways are more likely to be people of color, people living in low-income areas, and older adults deepening the inequities in the state.

With the lockdown orders in place as our state fought to contain COVID-19, people took to the streets and their local parks to stay healthy, resulting in what some have called the “bike boom.” Initiatives like open and slow streets have spread throughout the country to provide safe spaces for people to get outside and reduce conflicts between motorists, pedestrians, and cyclists. In the past year, we’ve become experts at social distancing, let’s make sure that applies to driving too.

What does this bill do?

The law will require drivers to approach and pass protected road users with “due caution.” The definition of “due caution” focuses on slowing down and giving the other user plenty of space when passing:

Violating these guidelines will increase the fines a driver receives for hitting a person that is using the roadway.

Use this link to listen or to testify at tomorrow’s hearing.

Thursday’s meeting of the Senate Law and Public Safety Committee will take place at 10 a.m. in Committee Room 6 (1st Floor) at the State House Annex in Trenton. Members of the public are encouraged to submit written testimony to OLSAideSLP@njleg.org.