Shop for Books on Google Play

Browse the world's largest eBookstore and start reading today on the web, tablet, phone, or ereader.

What people are saying - Write a review

We haven't found any reviews in the usual places.

References to this book

Pat Lowe was born in England. At the age of eleven she went to boarding school, where she suffered from chilblains and dreamed of migrating to Australia. After working as a postwoman and then spending three years as a secondary school teacher in East Africa, Pat studied psychology. In 1972 she sailed into Fremantle on a Russian ship, and became an Australian citizen as soon as she was eligible. Pat worked as a psychologist in a children's home and later in Western Australian prisons. Desert Dog won the 1998 Western Australian Premier's Children's Book Award and was a Children's Book Council of Australia Notable Book. Many of the characters in Feeling the Heat first appeared as younger characters in The Girl With No Name, published by Penguin in 1994. The Girl With No Name was shortlisted for the Multicultural Children's Literature Award and has been published in Italian. 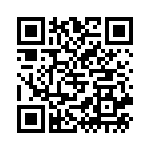