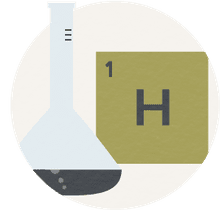 The science newsgroups have been abuzz with tales of a 2-kiloton yield Russian red mercury fusion device, theoretically in the possession of terrorists. This, of course, prompts the question: What Is Red Mercury? The answer to this question depends largely on whom you ask. Is red mercury real? Absolutely, but definitions vary. If you had asked me before I did a bit of Internet research, I would have given you the standard cinnabar/vermillion answer.

However, the Russian tritium fusion bomb is more interesting...

What Is Red Mercury?

Looking for more information? Here is an insightful reader response to this FAQ, written by Wm. Yerkes.