Discuss in my forum

The moon festival is a different way to celebrate the Mid-Autumn harvest moon. 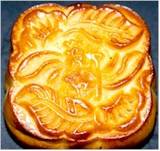 Rhonda Parkinson
The Moon festival (also called the Mooncake or Mid-Autumn festival) falls on September 22nd in the year 2010. What is the Moon festival? Every year on the fifteenth day of the eighth month of the lunar calendar, when the moon is at its maximum brightness for the entire year, the Chinese celebrate "zhong qiu jie." Children are told the story of the moon fairy living in a crystal palace, who comes out to dance on the moon's shadowed surface. The legend surrounding the "lady living in the moon" dates back to ancient times, to a day when ten suns appeared at once in the sky. The Emperor ordered a famous archer to shoot down the nine extra suns. Once the task was accomplished, Goddess of Western Heaven rewarded the archer with a pill that would make him immortal. However, his wife found the pill, took it, and was banished to the moon as a result. Legend says that her beauty is greatest on the day of the Moon festival.

Other Moon Festival Legends
According to another legend, on this day the "Man in the Moon" was spotted at an inn, carrying a writing tablet. When questioned, he said he was recording the names of all the happy couples who were fated to marry and live happily forever after. Accordingly, just as June is the traditional month for exchanging nuptials in the west, many Chinese weddings are held during the eighth lunar month, with the fifteenth day being the most popular.

Of course, the most famous legend surrounding the Moon festival concerns its possible role in Chinese history. Overrun by the Mongols in the thirteenth century, the Chinese threw off their oppressors in 1368 AD. It is said that mooncakes - which the Mongols did not eat - were the perfect vehicle for hiding and passing along plans for the rebellion. Families were instructed not to eat the mooncakes until the day of the moon festival, which is when the rebellion took place. (In another version plans were passed along in mooncakes over several years of Mid-Autumn festivals, but the basic idea is the same).

How to Celebrate the Moon Festival

Today, Chinese people celebrate the Mid-Autumn festival with dances, feasting and moon gazing. Not to mention mooncakes. While baked goods are a common feature at most Chinese celebrations, mooncakes are inextricably linked with the Moon festival. One type of traditional mooncake is filled with lotus seed paste (see side photo). Roughly the size of a human palm, these mooncakes are quite filling, meant to be cut diagonally in quarters and passed around. This explains their rather steep price (around $5.00 in Canada). A word of caution: the salty yolk in the middle, representing the full moon, is an acquired taste.

More elaborate versions of mooncakes contain four egg yolks (representing the four phases of the moon). Besides lotus seed paste, other traditional fillings include red bean paste and black bean paste. Unfortunately for dieters, mooncakes are rather high in calories.

While in the past mooncakes took up to four weeks to make, automation has speeded up the process considerably. Today, mooncakes may be filled with everything from dates, nuts, and fruit to Chinese sausages. More exotic creations include green tea mooncakes, and ping pei or snowskin mooncakes, a Southeast Asian variation made with cooked glutinous rice flour. Haagen-Daz has even gotten into the act by introducing a line of ice cream mooncakes in Asian markets.

Given the difficulty of making them, most people prefer to purchase their mooncakes instead of making them. You'll find them at Asian bakeries beginning around mid-August. Meanwhile, for those with a culinary bent, here are several recipes.

Online Shopping - Buy Mooncakes and Mooncake molds to make your own mooncakes online.

Mooncake Mania - the Shanghai Star looks at the mooncake market in China's most cosmopolitan city.

Go to my Previous Features

Do you have any questions or comments about this article? Please send me an email.

A part of The New York Times Company.