This shows grade level based on the word's complexity.

[ bom ]
/ bɒm /
Save This Word!
See synonyms for: bomb / bombed / bombing / bombs on Thesaurus.com
This shows grade level based on the word's complexity.
noun
Military. a projectile, formerly usually spherical, filled with a bursting charge and exploded by means of a fuze, by impact, or otherwise, now generally designed to be dropped from an aircraft.
any similar missile or explosive device used as a weapon, to disperse crowds, etc.: a time bomb;a smoke bomb.
Also called vol·can·ic bomb [vol-kan-ik bom] /vɒlˈkæn ɪk ˈbɒm/ .Geology. a rough spherical or ellipsoidal mass of lava, ejected from a volcano and hardened while falling.
Meteorology. a weather bomb.
aerosol bomb.
Football. a long forward pass, especially one to a teammate who scores a touchdown.
Slang. an absolute failure; fiasco: The play was a bomb and closed after two performances.
Computers. a catastrophic program failure or system failure.
the bomb, Slang. something or someone that is excellent or very impressive: Her boyfriend is the bomb!
Chiefly British Slang. an overwhelming success: The novel is selling like a bomb.
Jazz. a sudden, unexpected accent or rhythmic figure played by a drummer during a performance.
a lead or lead-lined container for transporting and storing radioactive materials.
the bomb,
Slang. a powerful automobile or other vehicle.
Slang. something unpleasant that is unexpected or shocking (often used in combination with the first letter of an offensive or unmentionable word, as in f-bomb; s-bomb; n-bomb): He's always dropping f-bombs.Then came the bomb about the staff cuts.
Slang. something unauthorized or illegal that is executed in a stealthy manner, typically having an overwhelming or sensational effect (used in combination, as in mail bomb; graffiti bomb).
verb (used with object)
to hurl bombs at or drop bombs upon, as from an airplane; bombard: The enemy planes bombed the city.
to explode by means of a bomb or explosive.
to damage, ruin, defeat, etc., as if with bombs.
Computers. to deliberately cause (a computer system) to fail with a program written for the purpose.
verb (used without object)
to hurl or drop bombs.
to explode a bomb or bombs.
Slang. to be or make a complete failure, especially to fail to please or gain an audience (sometimes followed by out): His last play bombed on Broadway.The business bombed out with a $25,000 debt.
Computers. (of a computer program or system) to fail catastrophically.
Slang. to spray-paint graffiti over many surfaces in an area, working quickly and using simple forms and designs: He made his reputation bombing on the east side of town.
Informal. to move very quickly: They came bombing through here on their motorcycles at 2 a.m.

OTHER WORDS FOR bomb

Bomb . . . has a lot of different meanings, depending on the context.

MORE VIDEOS FROM DICTIONARY.COM
QUIZ
ARE YOU A TRUE BLUE CHAMPION OF THESE "BLUE" SYNONYMS?
We could talk until we're blue in the face about this quiz on words for the color "blue," but we think you should take the quiz and find out if you're a whiz at these colorful terms.
Question 1 of 8
Which of the following words describes “sky blue”?
navy
beryl
azure
TAKE THE QUIZ TO FIND OUT
Meet Grammar Coach 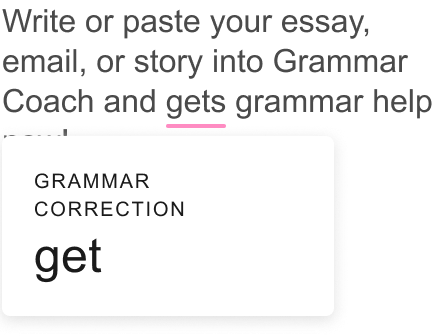 OTHER WORDS FROM bomb

WORDS THAT MAY BE CONFUSED WITH bomb

Visual BombBomb has a lot of different meanings, depending on the context. If you’re da-bomb, you’re awesome, but if you bombed your last test you better study up.
READ MORE

How to use bomb in a sentence

bomb
/ (bɒm) /
noun
any container filled with explosivea car bomb; a letter bomb
the bomb
a round or pear-shaped mass of volcanic rock, solidified from molten lava that has been thrown into the air
med a container for radioactive material, applied therapeutically to any part of the bodya cobalt bomb
British slang a large sum of money (esp in the phrase make a bomb)
US and Canadian slang a disastrous failurethe new play was a total bomb
Australian and NZ slang an old or dilapidated motorcar
American football a very long high pass
(in rugby union) another term for up-and-under
like a bomb British and NZ informal with great speed or success; very well (esp in the phrase go like a bomb)
verb
to attack with or as if with a bomb or bombs; drop bombs (on)
(intr; often foll by off, along, etc) informal to move or drive very quickly
(intr) slang to fail disastrously; be a flopthe new play bombed See also bomb out

Other Idioms and Phrases with bomb

WORD OF THE DAY