Last weekend I decided to unplug from the internet. Friday evening to Monday morning, no net access.

It started fairly well, especially when I decided that ‘Friday evening’ runs all the way up to 11.59pm, so as long as I was unplugged by then, *technically* I hadn’t broken any of the (admittedly self-imposed) rules.

I also decided that I’d make a note of any tweetable thoughts over the course of the weekend and dug out my notebook.

#2. Saturday, 8.15am
“Bit strange not to check phone when woke up. Also picked up iPad to read news then remembered & put it down again.”
I found this over the course of the weekend – I’d pick my phone up almost by reflex, swipe to get to the twitter icon, then have to put it back down again. I ended up leaving my phone on the side rather than carrying it around as it was too tempting.

#3. Saturday, 2.30pm
“Picked up MW3 for £9.99. Result!”
Out shopping with the kids – I then promptly texted the two people I knew who would actually be vaguely interested instead. Hmm. Made note to get more friends’ mobile numbers for texting in case I do stupid things like this again.

#4. Saturday, 3.15pm
“Had to use iPad to look up train times from Buxton”. Decided that as this was someone else asking me to go on the internet for them, it didn’t count. Plus I didn’t look at Twitter or Facebook.

#5. Saturday, 4.20pm
“Watched the Bond 50th Anniversary Gala Concert. Some cracking tunes. Sang along to most, much to the kids’ amusement.”

By this point I decided that writing things down was getting silly, so stopped. I also had to go back on the internet to help Ed with some homework (again, didn’t count), but managed to stay internet free until Sunday evening when Wiggo won Sports Personality of the Year. Just couldn’t resist sharing in the joy of the moment. WIGGOOOO!

I found that I spent more time doing ‘proper’ stuff, and enjoyed the time away from the net. That said, it’s not something I think I need to repeat any time soon. I love being connected wherever I go. It’s strange to think that my kids will never know what it’s like not to have access to the internet by default.

Time of one of those ‘Best of the Year’ posts.

Right. Erm… [thinks of things I've read/played/watched/listened to this year]

Book of the Year
Catching Bullets: Memoirs of a Bond Fan

, by Mark O’Connell. A book about our favourite British superspy, James Bond. Not your traditional ‘here are the films in order and here’s what I think of them’, but instead a tale of a young man’s introduction to Bond via bank holiday tv viewings, trips to the cinema and lovingly re-watched VHS recordings hired from the local garage. Mark is a proper Bond geek, and his love for the films just bursts out of the pages. Part memoir of growing up, part tales of his grandfather as chauffeur to Cubby Broccoli and all Bond. Anyone with even a smattering of interest should read it. Inspired me to do a blog-a-long-a-Bond-a-thon next year. Cracking stuff.

Game of the Year
Skyrim

No contest. Yes, it came out last year, but I was late to the party. You know how I can tell it’s game of the year? Because I’ve played virtually nothing else. ALL YEAR. Minor foray into a replay of Modern Warfare 2, but Skyrim went back in every time. I’ve lost (and thoroughly enjoyed) every minute of the many many hours of gametime I’ve spent in Skyrim. I’ve not even completed the main quest as I got distracted wandering around exploring the incredibly detailed world. Plus my troll skull collection is now second to none. If only Farkas would stop tidying it up. I might have to divorce him if he carries on. The only thing which let it down was that EVERYONE in Skyrim seems to have lost something, and they’re all too lazy to go look for it themselves. It’s only twenty quid now. Go buy it.

Album of the Year
Broadside

, by Bellowhead. Glorious, plain and simple. Seen them play live twice this year, and each time was just brilliant. Check out their albums, but go see them live. Sheer infectious energy and joy from start to finish.

We’ve been conducting a mince pie survey over the past couple of weeks. I love mince pies, and someone on twitter (I think) said that their goal was always to try a dozen different mince pies each year.

CHALLENGE ACCEPTED.
Let’s get the chaff out of the way first, shall we? Lagging at the back of the pack with a score of 2/5 we have:

A motley bunch. Surprised to see Sainsbury’s in there, but their pie filling was fairly bland and dull. Most surprising was the M&S puff pastry one – these looked AMAZING out of the box, big fat pies which looked like scones. Bite in though, and they were all air. The puff pastry was a bit… claggy too. Filling was nice, and when one pie top came off leaving a mince pie tart, they were quite nice. Lost points for being all puff and no pie.

First home-made pie on the list there, with an icing topping – a bold move which worked (according to Sarah). I marked the Waitrose ones down as 2/5 as the pastry was really dry and the filling a bit sloppy. I was overruled though. Mister Kipling does exceedingly nice pies, apparently. The one I had was certainly better than most of the supermarket offerings and I’d give it 3.5/5

Now we’re getting serious, and moving into the big league. The four-star pies.

The M&S cafe one was really rather nice. It was a tart-style pie, really thin pastry, a very tasty filling and a great crumble topping. Let down by costing £1.75, though you did get a dollop of cream to go with it. Another home-made pie in the list, great filling, nice pastry. Sainsbury’s baked in-store were very good, apparently, and at only a quid for four, good value. The Cooplands pie was very nice, and had a dollop of brandy cream on top of a tasty filling. Well worth a try, but twice the price of the Sainsbury’s ones.

And, last but by no means least, the only five star pie in the bunch.

I confess that I got this free with our veg box from Abel & Cole. It’s a small pie, but came beautifully boxed and was quite delicious. It had almonds and cognac in, and had by far the best taste of all the pies I’d tried. Great pastry too. They seem a bit expensive, at a fiver for 12, but when you look at something like the M&S puff pastry ones at £2.60 for six (and not very nice), they’re more than worth it.

Next year we’ll be a bit more organised and mark on pastry, filling, cost per pie etc. I can feel a colour co-ordinated spreadsheet coming on! I also planned to try some more indie shop pies, but haven’t managed to get that sorted.

So, have you tried any mince pies this year? Report back! 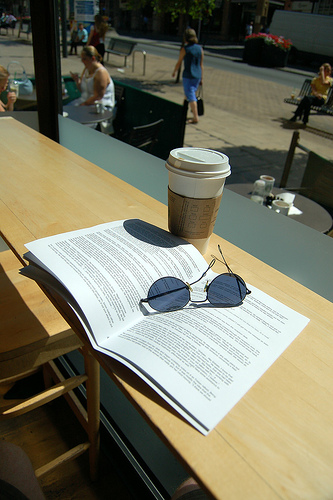 I have a plan when it comes to books.

So, I’m going to make a list. A list of all the unread books in my house.

Then I’m going to read them.

See? I told you it was a good plan.

I’m also going to be a bit ruthless about this – if there’s a book I’ve not read but, on reflection, am unlikely to read given the state of The Great Unread Book Mountain[2], I’m going to get rid of it. Charity shops will do well out of me.

I may pass some books along too. Books which I’ve read and enjoyed, but am unlikely to read again.

The second part of my cunning plan is to start reading more books which other people have recommended, but which I wouldn’t ordinarily have picked up. I’ve started a ‘to read’ list on Goodreads. I’m dakegra over there (surprisingly), feel free to add me to your list, and recommend me a book.

If you’re not on Goodreads, then feel free to recommend a book that you’ve particularly enjoyed recently. I’ll read as many as I can and review them here.

Also, if anyone wants to send me a book to review, just drop me an email. dakegra [at] gmail [dot] com. I like emails. 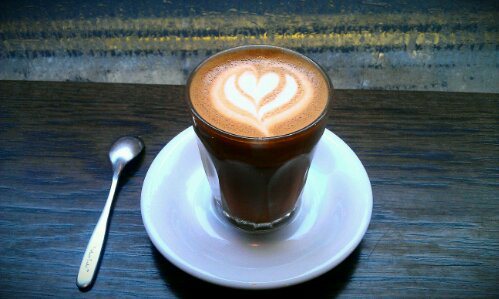 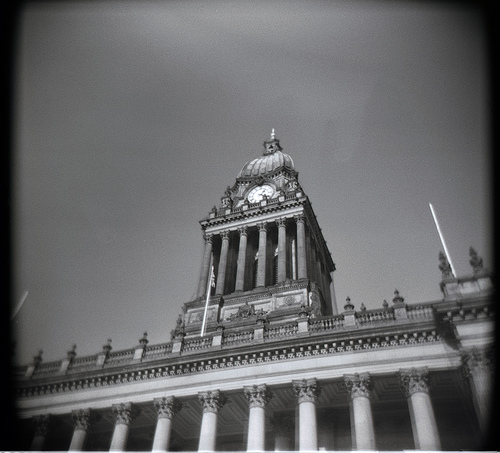 This was originally posted over at the Culture Vultures blog – comments are welcomed here or there!

~~~~~~
I came across an interesting article the other day called The Joy of Quiet, by Pico Iyer in the NY Times

It talks about getting away from the constant stream of connectedness that once seemed like the solution to all of our problems and which have expanded our lives so much, to find time and the space to think rather than being constantly bombarded by texts, emails, facebook updates, tweets and the thousand and one other distractions that pelt us every day.

It’s been something I’ve been thinking about a lot, and I’ve noticed a few other people talking about the same sort of thing.

I recently wondered how I’d cope with a week off from the Internet. It sent me into a bit of a panic, to be honest, so I scaled back my ambitions. How would I get on without the internet for a weekend, perhaps? A day? Twenty four hours completely unconnected from the net. How hard could that be?

Now, to put things in context, I love being in constant connection to the net. Ever since the early days at university, finding out that this computer here could talk to other computers around the world. Back in those days (1991/92) we used gopher, and I remember clearly the thrill at finding myself browsing computers half a world away.

We moved fairly quickly from gopher into MUDs, spending hours online at the university’s computer clusters – the only place where I could access the ‘net – searching dungeons rendered in glowing green text on a black screen with my friends until the early hours of the morning, or until a postgrad came along to ask exactly what it was we were doing at 3am.

Time moved on and the world wide web arrived. I was doing a postgrad course in information studies around the time that it really started taking off, and remember doing modules on hypertext to link key bits of information together. I ploughed on enthusiastically, getting the library that I worked for linked up to the internet with a 28k modem so that we could try out new sources of information.

In a nutshell, I’m an internet geek, around for a very long time. Nowadays, of course, I’m even more hyperconnected, with my mobile phone as my portal onto the world.

I check my phone when I wake up, scroll through twitter to see what people have been up to, check my emails over breakfast, read interesting articles on the train, surf over coffee at lunchtimes, and again on the way home. My evening is often spent in front of a computer screen, doing Stuff, chatting with friends. If not the PC, then the iPad, or my phone. I’ll chat along with others as we watch a tv programme, with Twitter sometimes as a backdrop. I get twitchy if the battery runs low (as it did last night watching Die Hard with half a dozen others via Twitter), and I’m not sure how I’ll take it.

So. Can I go for long without my phone?

Having read the article linked to above, I’m going to try it this weekend. No phone/internet from Friday evening until Monday morning. I’ll report back on progress. Who’s with me?