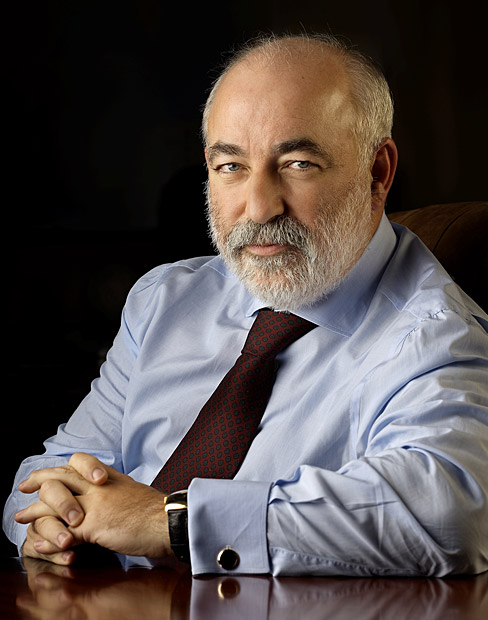 Chairman of the Board of Directors of the Renova Group, President of the Skolkovo Foundation.

Mr. Vekselberg founded the Renova asset management company (initially, the company operated as a Russian-American joint venture) in 1990, and held the post of CEO.

In 1996, Mr. Vekselberg founded the SUAL Group and served as its president until 2003, at which point he chaired the group’s Board of Directors.

Mr. Vekselberg was chairman of the Tyumen Oil Company (TNK OJSC) Management Board from 2002 to 2003.

He was chairman of the Board of Directors of United Company Rusal (UC Rusal) from 2007 until March 2012.

Viktor Vekselberg is a member of the Management Bureau of the Russian Union of Industrialists and Entrepreneurs (RSPP), and is chairman of RSPP’s Committee for International Cooperation.

In March 2010, Dmitry Medvedev, president of the Russian Federation, appointed Viktor Vekselberg as the head of the Skolkovo Innovation Center.

Viktor Vekselberg has been president of the Skolkovo Foundation since June 2010.