Peter Carl Gustavovich Fabergé (18 [30] May, 1846, St. Petersburg — 24 September, 1920, Lausanne) was a famous jeweler. He was the head of his family's business and dynasty of jewelry artists. He was the creator of the Fabergé eggs, which are highly regarded by collectioners around the world.

Information for this section was taken from the book "Faberge Masterpieces from the 'Link of Times' Collection" by Tatyana Muntyan, 2009.

The House of Fabergé dates back to 1842, when Gustav Fabergé, a native of Pärnu (present-day Estonia) and a merchant of the 2nd guild, opened a small and modest store with a gold and diamond workshop in the Admiralty District of St. Petersburg. The Fabergés had been French protestants (Huguenots), who left Picardy after the abolition of the Edict of Nantes in the seventeenth century. They first moved to Germany, and then settled in the Baltic province of Russia, in Livonia. Like many other jewelers at the time, Gustav Fabergé rushed to the empire's capital for jewelry—St. Petersburg, where his son, Peter Carl (1846-1920) was born. It was at this time that the firm earned its fame and popularity. 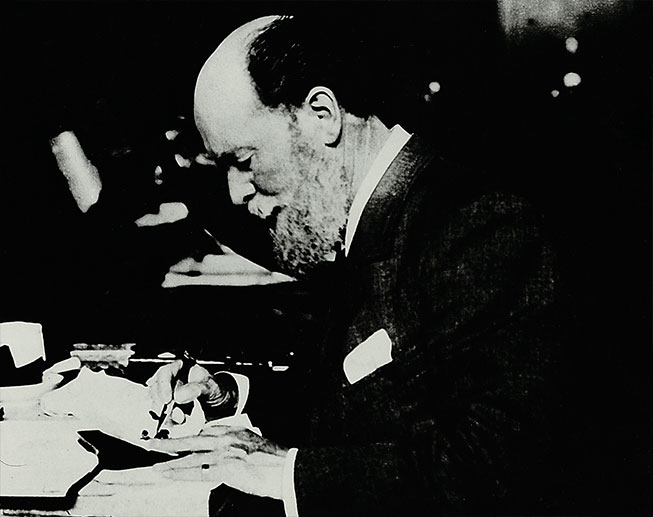 Carl was raised in St. Petersburg, where he attended Saint Anna German High School (Annenschule). He later enrolled in the Dresden Handelsschule, where he studied business. He was taught the skills of jewelry making and crafting from his father's friend and employee, the well-known Finnish craftsman, Peter Hiskias Pendin. Afterwards, he completed his training under Joseph Friedman, the owner of a firm in Frankfurt, Germany. Realizing that the future leader of the family business should have a comprehensive training and preparation, Gustav Fabergé sent his son on a Grand Tour of Europe. He visited Florence and Paris, historic centers of jewelry and art, where he found inspiration for his future creative endeavors. 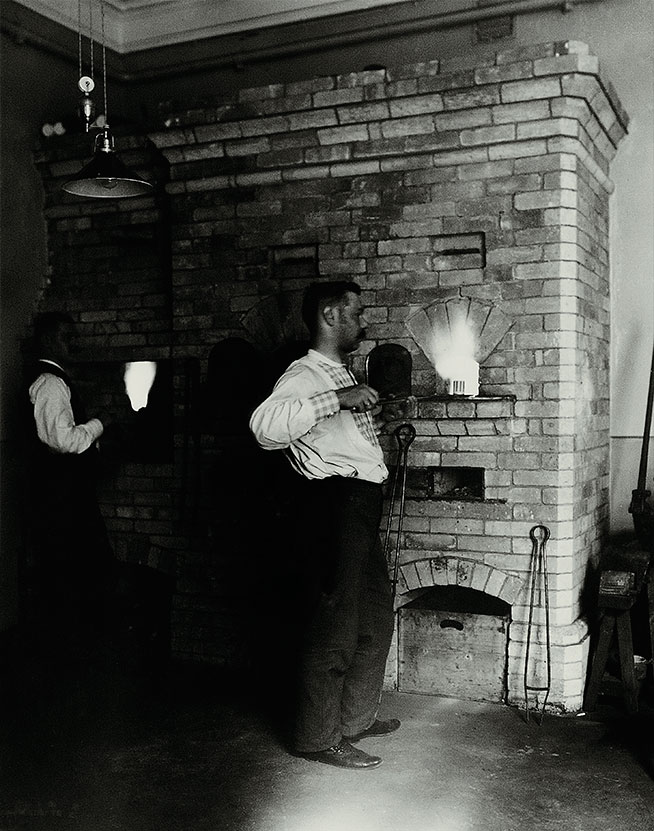 Carl was an artist and designer, with wide spectrum of works produced from his designs. He finally become a jewelry restorer and talented researcher in this graceful art form. It is no coincidence that Carl Gustavovich was called a “scientific and educated jeweler”. He did research and restoration work, studying and restoring works for the departments of antiquities and jewels of the Imperial Hermitage; he performed this work for fifteen years completely for free. He always discerned the exact materials these items were made from, which greatly contributed to a cataloging of objects.

Peter Carl took over the business in 1872, and thanks to his exquisite artistic taste and remarkable energy, the firm became Russia's premier jeweler with the largest staff of craftsmen and artists (over 500 individuals) and state-of-the-art equipment. The road to fame, however, was a long and complicated one. Carl Fabergé became truly famous in 1882. At that time, the still “comparatively young, yet mature and professional” jeweler Carl Fabergé took part in the Russian Art and Industry Exposition in Moscow, where he received a gold medal. His replicas of ancient Greek gold works, the originals of which had been found during excavations in Kerch and which are now found in the Hermitage, earned particular admiration from the public and experts. In attendance was the Empress Maria Feodorovna, who bought a pair of cuff links, made in the style of the Italian jeweler Castellani, from the Russian artist.

In 1885, Carl Fabergé took the title Supplier of the Imperial Court, and five years later, he was appointed Appraiser to the Cabinet of His Imperial Majesty, which granted him unrestricted passage to the palace. Fabergé was invited to determine the precise quality and value of stones, and he never refused to serve as appraiser during purchases. 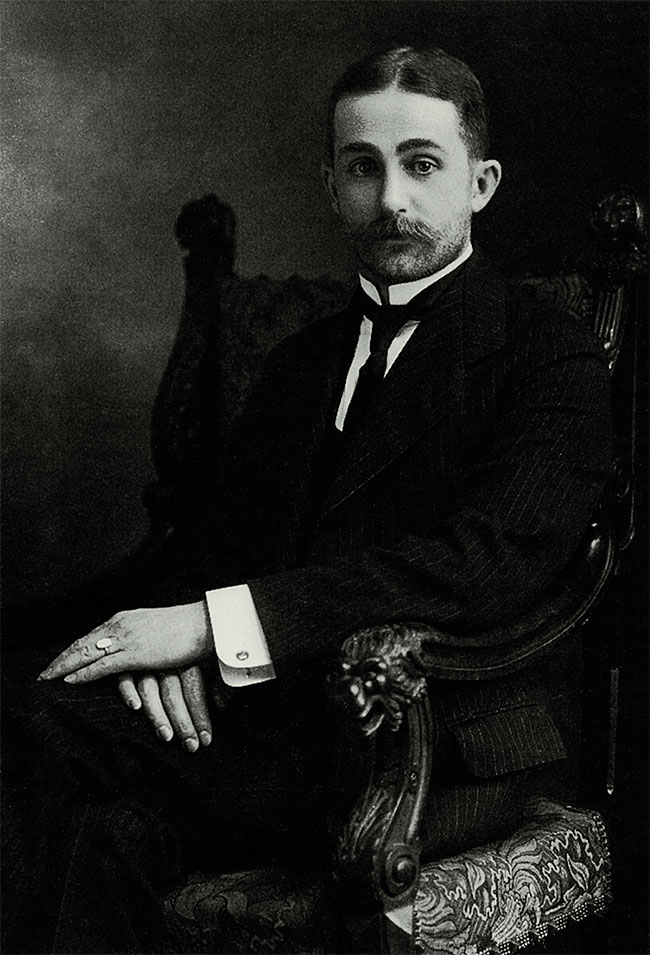 The son of Carl Fabergé, Agathon, worked as an expert in the Treasure Gallery at the Imperial Hermitage, and was the expert present during the reappraisal of the crown jewels. The last two decades of the nineteenth century were a time of international recognition for the firm. It was at this time that Fabergé gained the majority of his followers abroad. In 1885, he was awarded the gold medal at his international debut at an exposition in Nuremberg. Fabergé also took gold at the Northern Exhibition in Copenhagen in 1888, as well as an honorable diploma for his hors concours submissions. As a result of the General Art and Industrial Exposition of Stockholm in 1897, he won the title Goldsmith to the Court of the King of Sweden and Norway. It had become popular opinion that Russia was unmatched in silver and gold works, as well as jeweling, which Fabergé had presented with such dignity abroad.

Being a powerful commercial and industrial manufacturer of jewelry, silver and other metal and stone works, the firm enjoyed fame and popularity around the world. At the 1900 World's Fair in Paris, Carl Fabergé exhibited his goods outside of competitions, and was served on the jury for jeweled works alongside court jeweler Friedrich Kehl and famous Frenchmen Louis Aucoc Jr., Rene Lalique, Henri Vever, and Friedrich Boucheron. On display at the fair were the Fabergé Imperial Easter Eggs, miniature replicas of state regalia, jewelry, stone works, and precious flower in vases made of rock crystal. Regardless of the criticisms by Art Nouveau followers, these works received tremendous praise from the Parisians and international visitors. For his artistry, Carl Fabergé was recognized with the most prestigious of French awards: he was appointed a knight of the Legion of Honor and given a commemorative medal. Similar awards were won by his sons, His sons also earned various awards, “firm stewards on par with their father”, and the outstanding jeweler Mikhail Perchin—creator of the Easter Eggs.

House of Fabergé had branches in Moscow (opened 1887), Odessa (opened 1900), Kiev (from 1905-1910), and London (opened 1903). The main jewelry manufacturing studio, flagship store and head office were all located in the personal home of Carl Fabergé, which was built in 1900 on Bolshaya Morskaya street in an aristocratic district in Petersburg. A vault elevator was installed in his house by the German firm C. J. Arnheim. Goods from the studio, which was located on the top floor, would be placed in the vault, and lowered to the trade room on the first floor. Many members of the Petersburg elite entrusted their valuables to Fabergé, such as Mathilde Kschessinska, the prima ballerina of the Mariinsky Theater and childhood friend of Nicholas Alexandrovich, heir to the throne of the Grand Duke and future Tsar Nicholas II. She recalled that she kept only small valuables at her house, and her most precious possessions (diamonds, etc.) in the vault on Bolshaya Morskaya. Kschessinska didn't take jewelry with her on foreign tours; House of Fabergé would insure them and send them abroad instead. So, as soon as the ballerina arrived in London, her jewelry would already have been delivered to the English capital, and kept safely in Fabergé's London branch. When on the phone with the branch, Kschessinska would refer to her items by number (in case of conspiracy), and an agent-detective from Fabergé would bring the requested valuables to her hotel or the theater and stay nearby the entire evening.

The building on Bolshaya Morskaya street included studios for designers and sculptors, a unique specialized art library, the fashionable apartment of Carl Fabergé himself, designed and decorated in his own taste, and the main jewelry studios whose activities the maitre could personally oversee.

Describing the firm, Carl Fabergé put emphasis on its “purely family characteristic.” Carl's younger brother Agathon played a major role in the family business, and his designs were the basis for many works. Later on, Carl's four sons from his marriage to Augusta Julia Jacobs, the daughter of a well-known court engraver, carpenter, and cabinet maker, took over various operations. His oldest sons, Evgeny and Agathon, actually led the firm's Petersburg branch with their father; they were invited to meet with the emperor and empress to discuss orders and gifts on more than one occasion. Alexander Fabergé was both a manager and artist in the Moscow office. The youngest son, Nicholai, begin working in the London office in 1906. The workshops often kept their work “in the family”; the jewelers who worked for Fabergé often passed the secrets of their craft to their children, who continued the tradition of the world-renowned business. An example of this would be the family of Augusta Holmström, the manager of the primary workshop whose son Albert later took over, or Stephan Vyakeva, whose sons Konstantin and Alexander worked alongside him and later continued the business. 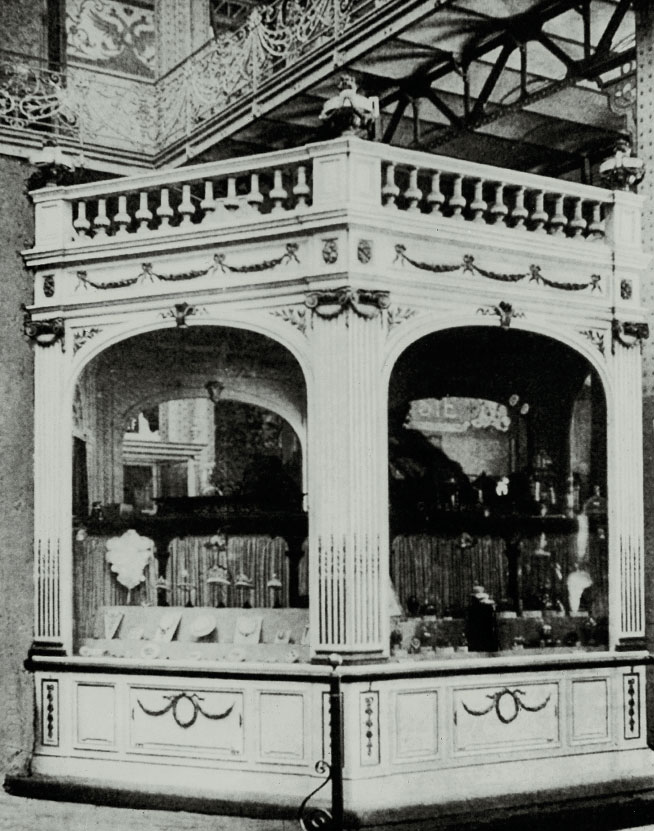 Customer orders were filled by the top jewelers in St. Petersburg. These masters included Mikhail Perchin, a peasant from the Olonetsk province; it was in his studios that the Imperial Easter Eggs were created. Henrik Wigström became Perchin’s successor, and under his leadership, continued to craft the Easter masterpieces. The leading master silversmith of the House of Fabergé was Julius Rappoport. The workshop of Stefan Vyakeva specialized in silver flatware and cutlery. Eric Collin, Edward Schramm, Wilhelm Reimer, August Hollming, Gabriel Nyukkanen, Andreas Michelson, and Theodore Ring crafted mainly gold and silver jewelry. The miniaturists V. Zuev, S. Solomko, and E. Jakobson worked in the House of Fabergé, as did the sculptors B. Fredman-Clouzel, T. Zaļkalns (Greenberg), who studied under A. Rodin, L. Buzzi, E. Ilinskaya-Andreoletti, G. Savitsky, and others. Famous artists and architects who collaborated with Fabergé include V. Serov, F. Schechtel, A. Benois, and K Krizhitsky. Carl Gustavovich was awarded by various Russian and foreign orders, and in 1910, he was awarded the title Jeweler to the Court and Manufacturing Councillor. 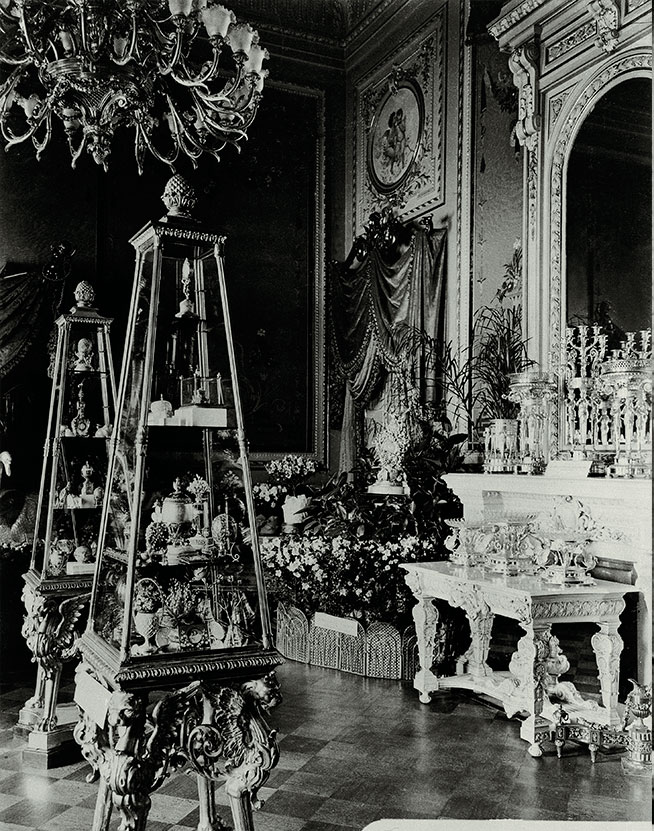 Carl Fabergé encountered great difficulty during the First World War. Many of his master craftsmen, including those who filled the most prestigious orders, were taken to serve in the military or state factories. Never the less, the firm continued to manufacture their usual assortment of products, albeit with incredible difficulties, and had to work for the state, producing medals and awards for officers, soldiers, and their family members; copper products with military symbols for soldiers; and syringes for the army and bushings for high velocity artillery. After the October coup in 1917, the House of Fabergé ceased its activities. The new government in Russia destroyed Fabergé’s major customers — the royal family—and the company itself. Carl Fabergé fled Russia in 1918 by pretending to be a courier of the British Embassy. Two years later, Carl Gustavovich Fabergé died in Lausanne and was buried in the Grand Jas Cemetery in Cannes.