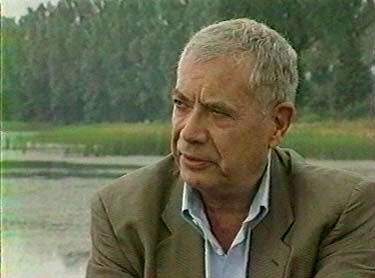 Doctor in Medicine of the University Claude Bernard, ancient Intern of Hospitals of Lyon. He spend one year in the laboratory of the

Long Beach (California) in 1955. Since this date, he undertakes researches of Experimental Neurophysiology in the Faculty of Medicine of Lyon and of Clinic Neurophysiology in the Neurological Hospital of Lyon.
Experimental Medicine Professor at the University of LYON 1, he was the Director ot the Research Unit INSERM U 52 (Molecular Onirology) and of the Associated Unit UA 1195 of the CNRS (states of vigilance Neurobiology).

He was elected in 1977 in the Academy of Sciences and has received the Intra-Sciences Price in the United States in 1981 and the Price of the Foundation for the Medical Research in 1983.
His works and these of his team have brought to the discovery of the Paradoxical Sleep and to its individualisation as the third state of functioning of the brain in 1959, to the discovery of its phylogenesis, of its ontogenesis and its main mechanisms.

The Pr Michel JOUVET has also described in 1959 the electrophysiological signs of the cerebral death.

Other historical pictures of Michel Jouvet :