AllMusic relies heavily on JavaScript.
Please enable JavaScript in your browser to use the site fully. 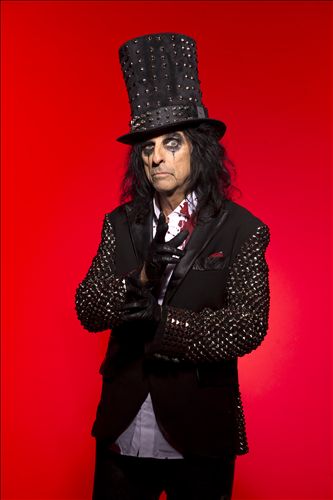 Stream or buy on:

Originally, there was a band called Alice Cooper led by a singer named Vincent Damon Furnier. Under his direction, Alice Cooper pioneered a grandly theatrical and violent brand of heavy metal that was designed to shock. Drawing equally from horror movies, vaudeville, heavy metal, and garage rock, the group created a stage show that featured electric chairs, guillotines, fake blood, and huge boa constrictors, all coordinated by the heavily made-up Furnier. By that time, Furnier had adopted the name for his androgynous on-stage personality. While the visuals were extremely important to the group's impact, the band's music was nearly as distinctive. Driven by raw, simple riffs and melodies that derived from '60s guitar pop as well as show tunes, it was rock & roll at its most basic and catchy, even when the band ventured into psychedelia and art rock. After the original group broke up and Furnier began a solo career as Alice Cooper, his actual music lost most of its theatrical flourishes, becoming straightforward heavy metal, yet his stage show retained all of the trademark props that made him the king of shock rock.

Furnier formed his first group, the Earwigs, as an Arizona teenager in the early '60s. Changing the band's name to the Spiders in 1965, the group was eventually called the Nazz (not to be confused with Todd Rundgren's band of the same name). The Spiders and the Nazz both released local singles that were moderately popular. In 1968, after discovering there was another band with the same name, the group changed its name to Alice Cooper. According to band legend, the name came to Furnier during a Ouija board session, where he was told he was the reincarnation of a 17th century witch of the same name. Comprised of vocalist Furnier -- who would soon begin calling himself Alice Cooper -- guitarist Mike Bruce, guitarist Glen Buxton, bassist Dennis Dunaway, and drummer Neal Smith, the group moved to California in 1968. There, the group met Shep Gordon, who became their manager, and Frank Zappa, who signed Alice Cooper to his Straight Records imprint. 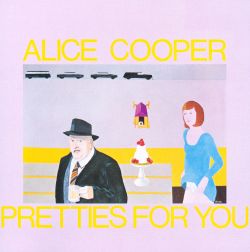 Alice Cooper released their first album, Pretties for You, in 1969. Easy Action followed early in 1970, yet it failed to chart. The group's reputation in Los Angeles was slowly shrinking, so the band moved to Furnier's hometown of Detroit. For the next year, the group refined their bizarre stage show. Late in 1970, the group's contract was transferred to Straight's distributor Warner Bros., and they began recording their third album with producer Bob Ezrin. With Ezrin's assistance, Alice Cooper developed their classic heavy metal crunch on 1971's Love It to Death, which featured the number 21 hit single "Eighteen"; the album peaked at number 35 and went gold. The success enabled the group to develop a more impressive, elaborate live show, which made them highly popular concert attractions across the U.S. and eventually the U.K. Killer, released late in 1971, was another gold album. 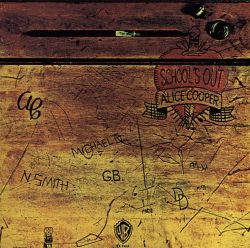 Released in the summer of 1972, School's Out was Alice Cooper's breakthrough record, peaking at number two and selling over a million copies. The title song became a Top Ten hit in the U.S. and a number one single in the U.K. Billion Dollar Babies, released the following year, was the group's biggest hit, reaching number one in both America and Britain; the album's first single, "No More Mr. Nice Guy," became a Top Ten hit in Britain, peaking at number 25 in the U.S. Muscle of Love appeared late in 1973, yet it failed to capitalize on the success of Billion Dollar Babies. After Muscle of Love, Furnier and the rest of Alice Cooper parted ways to pursue other projects. Having officially changed his name to Alice Cooper, Furnier embarked on a similarly theatrical solo career; the rest of the band released one unsuccessful album under the name Billion Dollar Babies, while Mike Bruce and Neal Smith both recorded solo albums that were never issued. In the fall of 1974, a compilation of Alice Cooper's five Warner albums, entitled Alice Cooper's Greatest Hits, became a Top Ten hit. 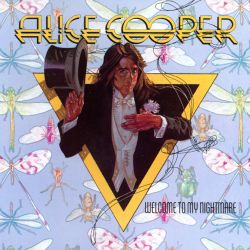 For his first solo album, Welcome to My Nightmare, Cooper hired Lou Reed's backing band from Rock 'N' Roll Animal -- guitarists Dick Wagner and Steve Hunter, bassist Prakash John, keyboardist Joseph Chrowski, and drummer Penti Glan -- as his supporting group. Released in the spring of 1975, the record was similar to his previous work and it became a Top Ten hit in America, launching the hit acoustic ballad "Only Women Bleed." Its success put an end to any idea of reconvening Alice Cooper the band. Its follow-up, 1976's Alice Cooper Goes to Hell, was another hit, going gold in the U.S. After Alice Cooper Goes to Hell, Cooper's career began to slip, partially due to changing trends and partially due to his alcoholism. Cooper entered rehabilitation in 1978, writing an album about his treatment called From the Inside (1978) with Bernie Taupin, Elton John's lyricist. During the early '80s, Cooper continued to release albums and tour, yet he was no longer as popular as he was during his early-'70s heyday. 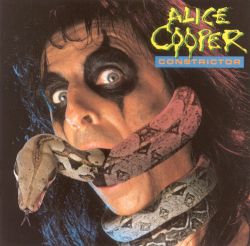 Cooper made a successful comeback in the late '80s, sparked by his appearances in horror films and a series of pop-metal bands that paid musical homage to his classic early records and concerts. Constrictor, released in 1986, began his comeback, but it was 1989's Trash that returned Cooper to the spotlight. Produced by the proven hitmaker Desmond Child, Trash featured guest appearances by Jon Bon Jovi, Richie Sambora, and most of Aerosmith; the record became a Top Ten hit in Britain and peaked at number 20 in the U.S., going platinum. "Poison," a midtempo rocker featured on the album, became Cooper's first Top Ten single since 1977. After the release of Trash, he continued to star in the occasional film, tour, and record, although he wasn't able to retain the audience recaptured with Trash. Still, 1991's Hey Stoopid and 1994's The Last Temptation were generally solid, professional efforts that helped Cooper settle into a comfortable cult status without damaging the critical goodwill surrounding his '70s output. After a live album, 1997's Fistful of Alice, Cooper returned on the smaller Spitfire label in 2000 with Brutal Planet and Dragontown a year later. The Eyes of Alice Cooper appeared in 2003 and found Alice and company playing a more stripped-down brand of near-garage rock. Dirty Diamonds from 2005 was nearly as raw and hit the streets around the same time Alice premiered his syndicated radio show, Nights with Alice Cooper. Three years later he returned with Along Came a Spider, a concept album that told the story of a spider-obsessed serial killer. In 2010, he released the live album Theatre of Death, along with a download-only EP of redone Cooper classics titled Alice Does Alice. 2011's Welcome 2 My Nightmare, a sequel to his 1975, conceptual classic of the same name (minus the 2), was recorded with longtime co-conspirator Bob Ezrin, and featured 14 brand new cuts that spanned multiple genres and relied on the talents of a host of previous members of the Alice Cooper band (including Steve Hunter), as well as a guest spot from pop superstar Ke$ha.