Although copyright law is territorial, the rationale for its protection is universal: ensuring a thriving and diverse cultural fabric for society to enjoy requires providing creators with the option of obtaining fair compensation for their work. As the year comes to a close, we take a look at three recent reports on the economic and cultural relevance of the creative industries and the essential role of copyright around the world.

The International Confederation of Societies of Authors and Composers (CISAC) released The Creative Industries and the BRICS, a report focusing on the untapped potential of these countries’ creative sectors. The report finds that even though the creative sectors in Brazil, Russia, India, China and South Africa are rich and growing, their economic benefit could be significantly higher. The creative industries’ contribution to the GDP in the U.S. and Korea is 11% and 10%, respectively; in contrast, these same industries only bring between 1 & 6% of GDP in the BRICS. In the specific case of Brazil, China and Russia, the report finds that the digital market has a strong potential for growth and, in turn, for boosting the economic contributions of creativity.  One of the report’s policy recommendations is recognizing the importance of copyright protection to the creative process because high levels of piracy are a disincentive to creativity that reduce the economic contribution of the creative sector.

Measuring Cultural & Creative Markets in the EU, a report put together by EY at the request of the European Grouping of Societies of Authors and Composers (GESAC), compiles information on the contributions that 11 cultural markets make to the EU’s economy – books, newspapers & magazines, music, performing arts, TV, film, radio, video games, visual arts, architecture and advertising. Overall, these creative sectors contributed 4.2% (€535.9 billion) of Europe’s 2012 GDP – ahead of both telecommunications and the automotive industries. The report also found that more than 7 million Europeans are directly or indirectly employed in creative or cultural activities, with the performing arts, visual arts and music as the top three employment generators. Interestingly, most creative industry jobs are generated by small businesses of 1-3 people. Additionally, on average, the creative industries employed more 15-29 year olds than any other sector of the economy. Martin Schulz, President of the European Parliament, in reference to the report, said: “The jobs that [culture] generates cannot, as a rule, be relocated – they require a range of rare talents, and it is often our young people who display them; they are at home in the digital world, which holds out the promise of fresh potential for growth.” The report also made the observation that the rise of business models that thrive on undervaluing creative works has a particularly detrimental effect on small businesses that are marginally profitable. 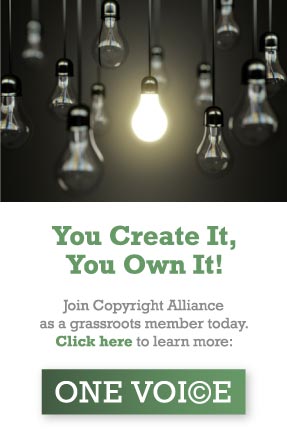 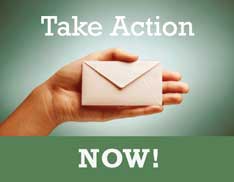 News and Information about our Legal Advisory Board

Classroom resources and information for educators 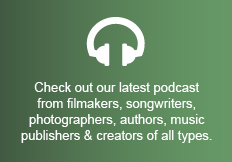 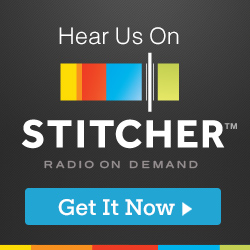 A Nation of Stories
Pirate Bay is Down, and People Can Still Watch TV: a Response to the Washington Post
The Benefits Of Copyright Around The World In Three Reports
El Comercio Exterior & los Derechos de Autor
Trade & Copyright

'Sons of Anarchy' creator Kurt Sutter has Something Important to Say About Google's Stance on Copyright. And, for a lot of reasons, I agree.
Tim Kreider is spot-on with “Slaves” OpEd
When Piracy Becomes About Victim Blaming
Google Can Bite Me
Paying Attention to the Echo Chamber at CES Copyright Panel Discussion