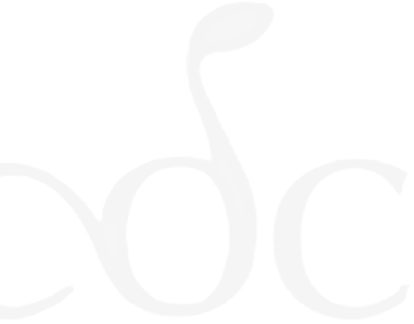 Influenza is an infectious disease with mostly respiratory characteristics caused by RNA viruses. The most significant impacts of influenza viruses on humans are those arising from the influenza A strains. The natural reservoir of influenza A strains is a diverse pool of viruses among aquatic wild bird populations, the avian influenza (AI) viruses. These viruses are divided into those of high and low pathogenicity (hence HPAI and LPAI). Since 1959 twenty-four HPAI epizootics have been documented worldwide all due to the A/H5 and A/H7 virus groups.

Most but not all of cases of animal influenza in humans have been due to transmission from birds. Many million birds have died in huge epizootics either directly from the infection or from culling undertaken to control the infection. Outbreaks have rarely been due to the introduction of HPAI from wild birds, but these do occur. Since 2000 there have been more and larger outbreaks of HPAI in poultry. The reason for this is unknown. Both large and small outbreaks have taken place in Europe. Notable very large outbreaks have been in densely populated commercial bird populations such as in Italy in 1999 (type A/H7N1) and The Netherlands in 2003 (type A/H7N7).

There are two forms of risk to the health of humans from avian influenza viruses, from infection and from the potential for the emergence of new pandemic strains either directly from avian viruses, or from their recombination with human or other animal viruses.

A limited number of human cases associated with HPAI outbreaks in poultry have been reported since 1959 (the date of first recognition). There have been single cases of people in Europe infected from their domestic poultry which mixed with wild birds There have been 24 reported outbreaks resulting in 232 human cases and 69 deaths (to October 2005). But almost all the deaths and severe disease have been due to A/H5N1. Low pathogenicity strains (LPAI) only seem to cause minor self-limiting illnesses in humans.

Since 1997 a new and more lethal strain of HPAI viruses - A/H5N1 have affected poultry, initially in the Far East and now in Europe. After 2003 it appeared in many Asian countries causing huge outbreaks in birds and a small number of severe human infections. The A/H5N1 viruses have an ability to infect a surprisingly wide range of bird and animal species but its expansion has been in the poultry population in the Far East in Vietnam, Thailand, Cambodia and Indonesia. To date (October 2005) 117 human cases with 60 deaths (fatality rate >50%) have been reported to the World Health Organization (WHO).

It is on this basis and the possibility of A/H5N1 adapting to humans and causing a pandemic that WHO has raised its global influenza alert to Pre-Pandemic Alert Phase 3. To date that adaptation has not been observed but the potential remains. A particular risk of pandemic emergence arises through recombination with circulating well-adapted (human) viruses through dual infections in humans and other mammals to produce a pandemic strain.

To date in relation to humans A/H5N1 can be characterized as : a not very infectious bird flu virus, poorly adapted to humans, but highly pathogenic in those few humans it infects, and then generally does not transmit on to others. (from ECDC Risk Assessment  19-10-05)

Comments on these fact sheets are welcomed  please send to influenza@ecdc.eu.int