Sign our petition to ask This American Life to support free formats!

This American Life explained the problems with software patents to their audience of over two million people—sign the petition asking them to be part of the solution by using Ogg Vorbis!

You are here: Home → About → The Free Software Foundation Management 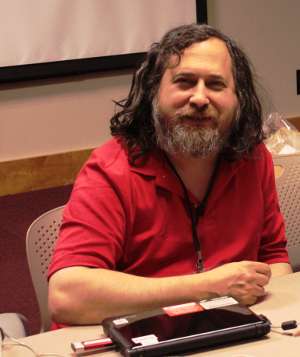 Richard is a software developer and software freedom activist. In 1983 he announced the project to develop the GNU operating system, a Unix-like operating system meant to be entirely free software, and has been the project's leader ever since. With that announcement Richard also launched the Free Software Movement. In October 1985 he started the Free Software Foundation.

Since the mid-1990s, Richard has spent most of his time in political advocacy for free software, and spreading the ethical ideas of the movement, as well as campaigning against both software patents and dangerous extension of copyright laws. Before that, Richard developed a number of widely used software components of GNU, including the original Emacs, the GNU Compiler Collection, the GNU symbolic debugger (gdb), GNU Emacs, and various other programs for the GNU operating system.

Richard pioneered the concept of copyleft, and is the main author of the GNU General Public License, the most widely used free software license.

Richard graduated from Harvard in 1974 with a BA in physics. During his college years, he also worked as a staff hacker at the MIT Artificial Intelligence Lab, learning operating system development by doing it. He wrote the first extensible Emacs text editor there in 1975. He also developed the AI technique of dependency-directed backtracking, also known as truth maintenance. In January 1984 he resigned from MIT to start the GNU project. 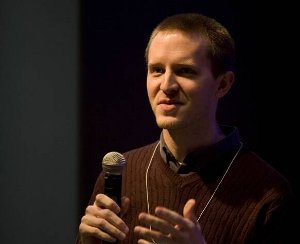 John started working with GNU Press and the Free Software Foundation in 2003 and then became the FSF's first Campaigns Manager, working on outreach efforts like Defective by Design, BadVista, and PlayOgg. In 2011, John became the Executive Director after four years as Manager of Operations.

His background is mainly in the humanities, with an MFA in Writing and Poetics and a BA in Philosophy, but he has been spending too much time with computers and online communities since the days of the Commodore 64. He's become a dedicated GNU Emacs user after first trying it around 1996, and contributes code to several of its extensions.

Prior to the FSF, John worked as a college debate team instructor for both Harvard and Michigan State University.