by Richard Stallman Contributions — Published on Jul 13, 2010 10:50 AM
Richard Stallman visits the Yucatan to speak with students at the Universidad del Mayab.
After my hectic and topsy-turvy visit to Venezuela, I had a chance to relax for 10 days in Yucatan.  I made the visit to Yucatan a long one, thinking that Tania would be able to join me there, but there were no funds for her to go.  So I had a long period with just two speeches, during which I visited some ancient Maya cities: Uxmal, Chichen Itza, Dzibilchaltun, and Edzna.

I was staying in the home of the student who arranged my visit there, a home so large I would call it a mansion.  His mother liked to cook, and came from Galicia, so I had a chance to enjoy many delicious non-spicy foods such as pulpo gallego (octopus Galician style).  My inability to eat anything more than a little spicy left me with few options when eating out, and I did not like many of them very much.

The name Yucatan comes from a Maya word that means, "What's he saying?"  That is how a local inhabitant responded when the Spanish conquistador asked the name of the area.  So every time someone spoke too fast for me to understand, I said "Yucatan".

From there I went to Washington DC for a meeting with the US team negotiating the WIPO Broadcast Treaty.  This treaty is a monstrous power grab on behalf of technology companies, and includes prohibitions nastier than the DMCA.  The European Union, a highly antidemocratic institution, is also pushing to make the treaty as restrictive as possible, the better to crush the freedom of the citizens of Europe.

Our goal in meeting with them was to show a broad-based demand that they consult with the public and Congress before advocating such restrictions in treaty negotiations.

My flight took me to Baltimore-Washington airport.  The flight arrived early, and I got my luggage quickly too, which meant I was just barely in time for the last bus to the last DC metro train.  I had to guess which stop was closest, and did not guess quite right, so I had a long walk with my suitcase before arriving at the house where I was going to stay.  On arriving there, rather tired, I found that neither the doorbell nor banging on the door with my recorder succeeded in getting anyone's attention.  I was on the point of despair when someone walked by.  I asked him if he would be so kind as to phone for me.  His call brought my host down to the door.

The house was under active construction inside, and he said it had no heat or hot water, so that I would probably be more comfortable in their old house.  He brought me there, and I got settled in to a room in the basement.

The meeting was two days later.  People spoke well and persuasively at the meeting; I only hope the delegation pays attention.  The head of the delegation tried to brush us off with a basic civics lecture, explaining how the procedure of adoption would indeed allow Congress a chance to study the treaty and vote on it--after the text had been fixed by WIPO--and therefore, Congress would eventually be consulted.  Weren't we asking for what was already in the plan?  I responded, "At that point Congress will only be able to vote yes or no.  To have a meaningful consultation about what the treaty should say, it has to be done now."  If this had been a debate, intending to convince an audience, I think I would have won that point.  But there was no audience except the delegation, and I cannot judge whether we altered their plans.

After the meeting many of us gathered in the office of CPTech, where most of them held a post-mortem and discussed strategy for fighting the treaty.  Being overloaded, all I can do to help fight this treaty is go to occasional meetings like this one; so I left that discussion to the others and answered my mail.

I had expected to get a ride in a van to New York after the meeting, but the the person with the van had a sudden emergency, and did not come to DC at all.  The only person who was driving to NYC had a full car, so I was going to take a cheap bus instead.  However, about when it would be time for me to take a cab to the bus stop, Jay Sulzberger decided to go home by bus instead.  I remained behind to travel in the car.  It was a challenge to fit all my luggage into the car, but we did it.

We did not set out until a couple of hours later, and then we got lost in the one-way streets, and then another passenger had left a coat behind at the CPTech office, so we had to go back there.  By the time we were heading out of DC it was after 7pm.  The car was quite overloaded, and could not go more than 65 miles an hour, and we had to drop someone in Philadelphia, and the driver was sleepy so I had to drive for a couple of hours.  I was dropped off in Manhattan around 1am.  Jay was home in bed hours before.  All in all, the bus would have been much more convenient.  Two days later another bus brought me back to Boston. 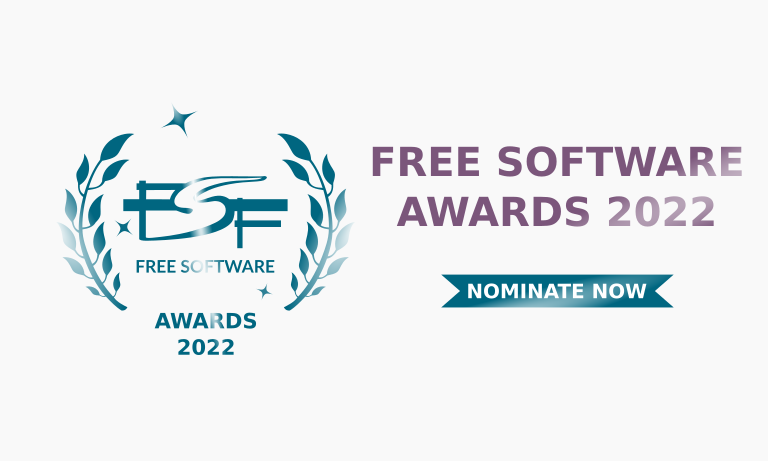 Submit a nomination for this year's Free Software Awards.

FSF board shares next steps in board nomination process May 10, 2022

Recent blogs
Interview with Martin Dougiamas of Moodle
Free Software Awards: Nominate those who have charted a course to freedom by Nov 30
FSD meeting recap 2022-09-16
LibrePlanet 2023: Let's chart the course together! Submit your session by November 2
Recent blogs - More…