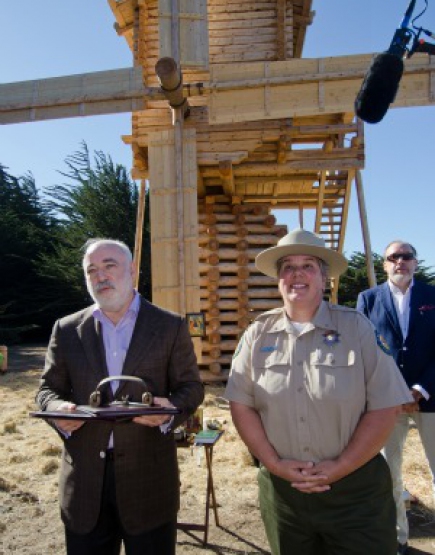 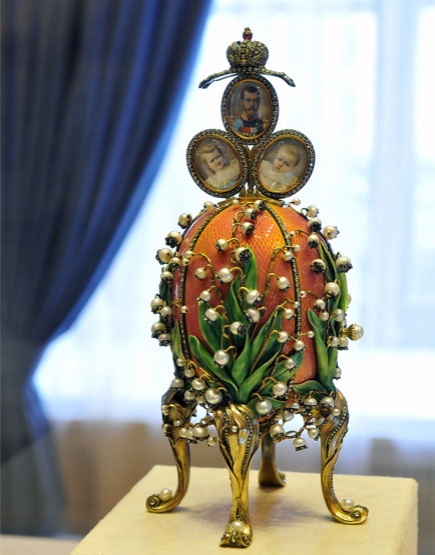 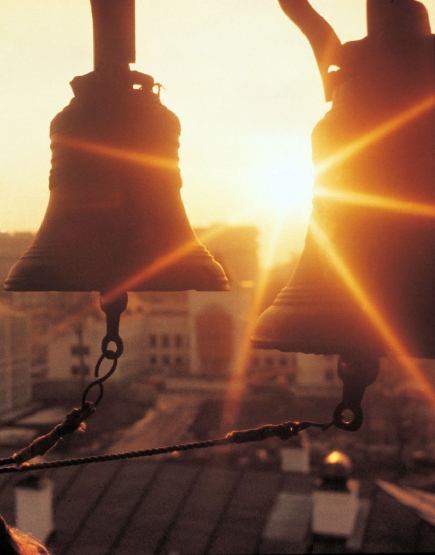 The Link of Times cultural and historical foundation is a nonprofit charitable organization established by the Russian entrepreneur Viktor Vekselberg in 2004. The foundation conducts projects dedicated to repatriating Russian cultural and historical treasures that were taken out of the country in the past. The Link of Times also takes part in cultural programs jointly with the Russian Ministry of Culture, the Moscow Patriarchate, and the Presidential Administration of the Russian Federation. For example, the Link of Times, together with the Russian Orthodox Church and Harvard University, completed a joint project in September of 2008 for returning the bells from the Lowell House Tower at Harvard back to their original home in the St. Danilov Monastery in Moscow.

In 2004, the Link of Times foundation acquired a collection of works by Fabergé masters that had been gathered for half a century by the American media mogul Malcolm Forbes. The announcement in early 2004 that the Forbes collection would be sold at a Sotheby’s auction suggested the possibility that the collection would be dispersed among many different collectors from various countries. The sudden cancellation of the auction due to all the items being purchased by Viktor Vekselberg's Foundation was an unprecedented event in auction practice. From this moment on the foundation started to form the world's largest collection of works by Fabergé, with the aim of opening several museums.

The Fabergé Museum is St. Petersburg was created for the preservation, study and promotion of Russia’s cultural heritage, as well as for the development of the city’s museum infrastructure. The official opening of the museum is scheduled for winter, 2014. The basis of the museum's collection is the world's largest collection of works by Carl Fabergé, including nine famous imperial Easter eggs that are of great value not only as the objects made with the most masterly jewelry skills, but also as unique historical artifacts. The museum collection also includes decorative and applied art created by Russian masters of the second half of the 19th and early 20th centuries. The museum is located in the Shuvalov Palace on the Fontanka River in downtown St. Petersburg. The Shuvalov Palace is one of the most beautiful palaces of St. Petersburg, and once belonged to famous noble families such as the Vorontsovs, Naryshkins, and Shuvalovs. The palace interiors were completely restored to their historical appearance by the Link of Times Foundation. Today the Shuvalov Palace is a work of singular architectural and restoration art.

Collection of the Foundation 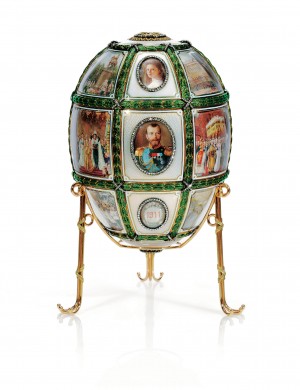 Carl Fabergé got his first order from the Imperial Court for an Easter egg in 1885, when Alexander III wished to make a unique gift to his spouse, the Empress Maria Fyodorovna. 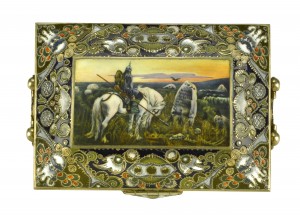 The Russian industrialist Pavel Ovchinnikov initiated the revival of Russian enamel in the nineteenth century. Ovchinnikov’s name was said at the time “to be known to almost all of Russia.” He was born in a family of serfs owned by Prince P.M. Volkonsky, who sent the talented young man to Moscow for training. Ovchinnikov started off as a worker and apprentice in the factory owned by his brother A.A. Ovchinnikov, then headed his own business and “spent twenty years improving his skills to a high degree of perfection.” 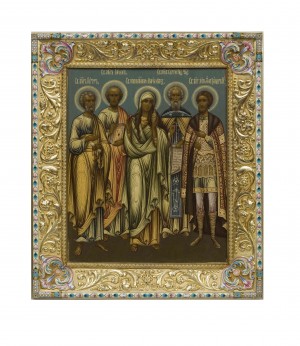 Collection of the Link of Times Foundation

The extensive private collection of art objects of the Zurich industrialist Emil Georg Bührle (1890-1956) was converted into a foundation of 1960. The collection has been exhibited from this time in a villa near the former home Bührle in Zurich at Tsollikershtrasse, 172. The exhibition is open to the public on Tuesdays, Wednesdays , Fridays and Sundays from 14:00 to 17:00. The exhibition includes ancient artifacts, medieval sculptures, paintings by old masters such as Tintoretto, El Greco, Rubens, Van Dyck , Rembrandt, Frans Hals, Tiepolo, Canaletto, Goya, Ingres, and Corot; Impressionist paintings by Manet, Degas, Renoir , Monet, Pissarro, Sisley, Toulouse- Lautrec, Seurat, Cezanne, Van Gogh, and Gauguin; modernist paintings by Bonnard, Vuillard, Vlaminck, Raoul Dufy, Modigliani, Utrillo, Chagall, Corinth, Matisse, Gris, Braque, and Picasso. Following the publication of the provenance contained in the Bührle collection starting from 1941 of the Claude Monet painting "Poppy Field near Vetheuil", there were then suspicions about the purity of its acquisition: the painting may have been the subject of a questionable transaction in 1940-1941 between Emil Bührle and the Jewish merchant Max Emden who emigrated to South America.

History of the collection

Improved production methods combined with growing demand for jewelry led to the creation of real masterpieces of jewelry art at the end of the 19th century. But just ten to twenty years later, following the Revolution of 1917, the gems in these art works were savagely ripped out, or, in the best cases, these priceless monuments of art were sold abroad. The famous House of Fabergé Easter eggs — one of the most outstanding examples of Russian jewelry art — were among the masterpieces made with precious stones and metals that were stolen from national treasuries and museums. 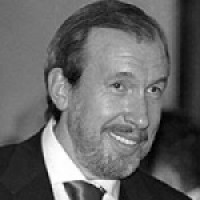 Chairman of the Executive Board

History of the House of Fabergé 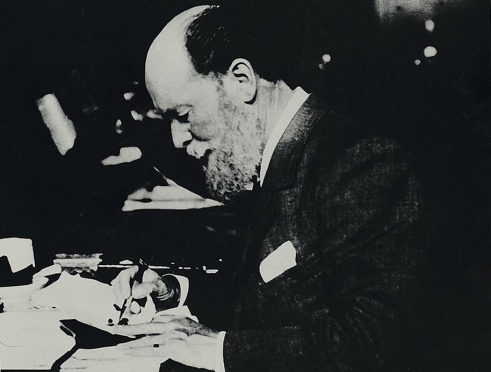 The beginnings of the House of Fabergé go back to 1842, when Gustav Fabergé, a native of the city of Pärnu (present-day Estonia), and a merchant of the 2nd guild, opened a small and modest store with a gold and diamond workshop in the Admiralty District of St. Petersburg. By origin, the Fabergé family were French Protestants (Huguenots) who left Picardy after the annulment of the Edict of Nantes in the 17th century. The family first fled to Germany, and then settled in the Russian Baltic province of Livonia. Just like many other jewelers at the time, Gustav Fabergé made a beeline for the jewelry Mecca of the Russian empire: St. Petersburg. Gustav Fabergé’s son, Peter Carl (1846-1920), under whom the family company got its well-deserved recognition and popularity, was born St. Petersburg. Carl was brought up in Russia’s northern capital, where he attended the Gymnasium of St Anne’s, a German-speaking school. The young Carl then took a business course at the Handelsschule in Dresden. Gustav Fabergé realized that the future head of the family business should receive comprehensive training, so Carl was sent on a Grand Tour around Europe. The young Fabergé visited Florence and Paris – historical centers of jewelry art and city-museums – where he gained a number of ideas which he would go on to implement in an incredibly creative way later in his career. Carl also perfected his skills under Joseph Friedman, the owner of a firm in Frankfurt am Main. Carl returned to St. Petersburg in 1872, aged 26 years. For the following 10 years, his father’s Workmaster, Hiskias Pendin, a Finn by origin, acted as his mentor and tutor.

Carl was an artist and designer, and a great number of jewelry pieces were made to his designs. Furthermore, he was a jewelry restorer and a talented researcher of this exquisite art segment. It was by no accident that Carl was named a “scientific and educated jeweler.” He did research and restoration work, studying and restoring art works for the departments of antiquities and jewels of the Imperial Hermitage, and he did so for fifteen years completely free of charge. He always accurately determined the quality of the materials from which the art objects were made​, which contributed greatly to rational cataloging.

Peter Carl took over the family business in 1872, and thanks to his fine artistic taste and astounding energy, the company became the largest jewelry company in Russia. The House of Fabergé employed more than 500 artists and masters, and their work was done using modern technical equipment. But the route to fame was long and difficult. Carl Fabergé became truly well-known in 1882. The then still “relatively young, but already quite mature, first-class” jeweler Carl Fabergé participated in the All-Russian Art and Industrial Exhibition in Moscow, where he received a gold medal. The public and experts alike especially admired Fabergé’s copies of Greek gold objects from excavations in Kerch, which were kept in the Imperial Hermitage. The Empress Maria Fyodorovna visited the exhibition, and bought a pair of cufflinks made in antique style by the Russian master after the famous Italian jeweler Castellani.

Carl Fabergé was allowed to rename his company in 1885 as “Supplier of the Imperial Court”, and five years later he was bestowed the title of Appraiser to the Cabinet of His Imperial Majesty, which entitled Fabergé immediate entrance to all St. Petersburg palaces. Fabergé was invited to appraise the merits, quality and value of precious stones, and he never refused to be an appraiser whenever purchases were made. Carl Fabergé’s second son, Agathon, worked as an expert in the Treasure Gallery of the Imperial Hermitage, and was an expert at revaluing crown diamonds. The last two decades of the 19th century were a time of international recognition for the House of Fabergé; this was when many people outside Russia became aware of Carl Fabergé’s talent. His international debut at an exhibition in Nuremberg in 1885 earned him the gold medal. Fabergé also received the gold medal at the Northern Exhibition in Copenhagen in 1888, as well as an honorary diploma for his art works presented “hors de concours” (outside of the competition). Then, at the Northern Industrial-Art Exhibition in Stockholm in 1897, Fabergé was named Supplier to His Majesty the King of Sweden and Norway. It was generally admitted at the time that gold and silver works and jewelry, all of which Fabergé so aptly represented abroad, were those branches of the art industry in which the Russians knew no equal in Europe.