Henrik Immanuel Wigström was one of the most important Fabergé workmasters. Wigström was born in Ekenäs, Finland (part of the Russian Empire at the time). It's known that Wigström registered in St. Petersburg as an apprentice working with gold in 1878. He worked as an apprentice of Mikhail Perkhin starting from 1884. Perkhin later made Wigström his personal assistant, and bequeathed his studio to his apprentice as well. Wigström was the main master of the House of Fabergé from 1903-1917. Wigström returned to Finland following the Russian Revolution in 1917, and spent the rest of his life there. 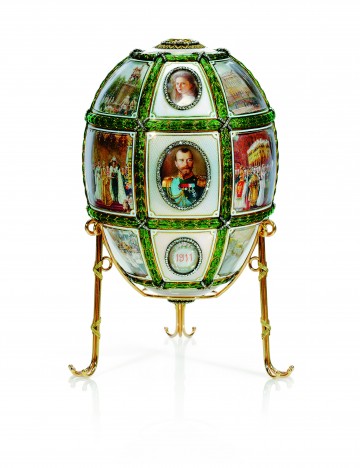 The Fifteenth Anniversary Egg was a gift from Tsar Nicolas II to his wife, Empress Alexandra Fyodorovna, on Easter, 1911.