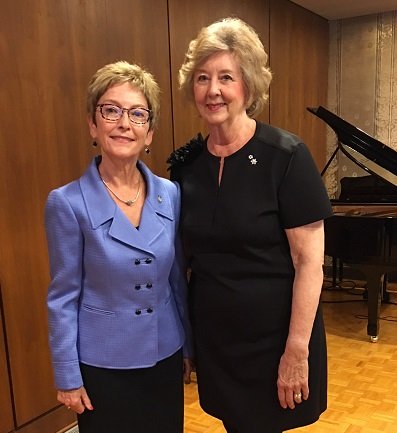 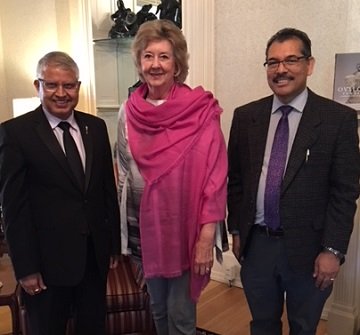 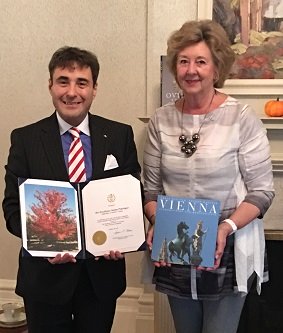 The 2018 Lieutenant Governor's Award for Excellence in Public Administration was awarded to Dr. Joanne Keselman

Courtesy visit from His Excellency Kali Pokhrel, Ambassador of Nepal to Canada

Courtesy visit from His Excellency Stefan Pehringer, Ambassador of Austria to Canada

A Remembrance Day Message from theLieutenant-Governor of Manitoba

On Remembrance Day, communities across the country come together to honour the brave men and women who serve, and have served, in Canada’s armed forces.

Admired around the world, our military defends democracy with great dignity and distinction, demonstrating courage and patriotism in all of their endeavours. Many have given their lives to preserve the freedom and democracy that are such valued and vital principles that shape our national identity.

As the Queen’s representative in Manitoba, I am proud to express my sincere appreciation to Canada’s war veterans, and their families, for their tremendous service rendered and sacrifices made, all in the name of peace and all that we hold dear as Canadians. On November 11, and every day, a grateful nation salutes you for your courage, selflessness and sacrifice.

I encourage all citizens to attend their local Remembrance Day services to formally pay tribute to our armed forces and express gratitude for their dedication to our great country. This year marks the 100th anniversary of the Armistice of November 11, 1918, ending World War I – a milestone in global history, as the struggle for peace and democracy continues in other parts of the world. Lest we forget... 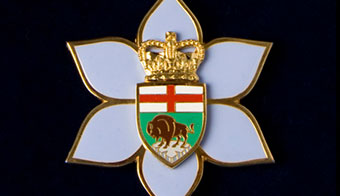 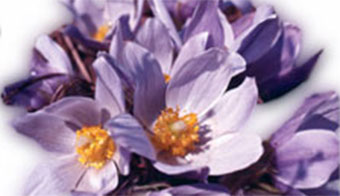 As Manitoba’s 25th Lieutenant Governor, I am humbled and honoured to serve as The Queen’s representative.

I love Manitoba and am very excited to begin celebrating the best in all of us! No matter how you choose to contribute, I believe we each have the ability to make a difference in the lives of ourselves, our families and our communities.