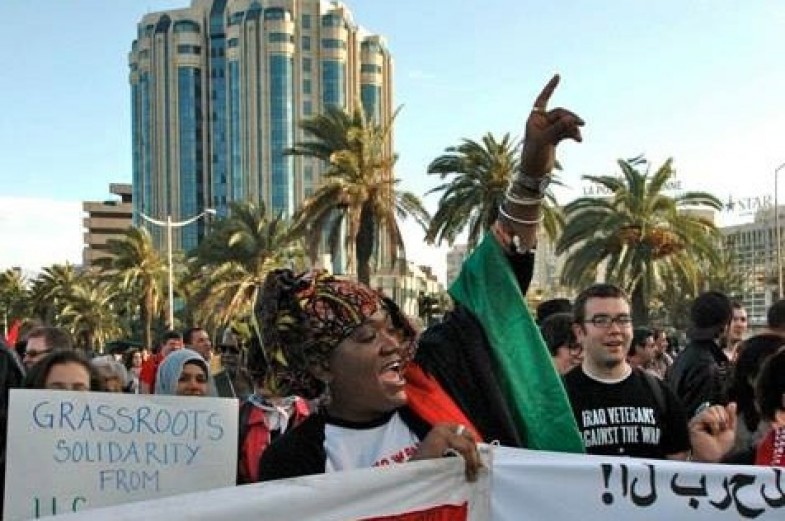 Charity Hicks, a beloved Detroit community leader and commons advocate, died July 8 from injuries sustained after being struck by a hit-and-run driver in New York City. She was a founder of the Detroit People's Water Board, and led opposition to the city shutting off water to low-income Detroit residents. HIcks was involved in many other local and national campaigns for the environment, water, social justice and food security and helped found the Great Lakes Commons network with many other organizations from around the lakes, including On The Commons.

Seeing the water as a commons, she said, empowers people. "The commons is not just how I survive and adapt, but how we are all surviving and adapting."

At the inaugural meeting for the Great Lake Commons, held at the University of Notre Dame, Hicks declared, “We are moving forward to build a deep awareness of water, our environment, culture and place. The participants in the gathering became the lived experience of a commons and I know that experience will begin to vibrate within the organizations, work, and hearts of those who attended. These ripples will spread out among the various communities and will gather together in a Great Lakes Commons. I felt the tension of difference, but also felt the beauty of our shared humanity. The gathering gave me renewed insight into what it takes to really be present, be authentic, and make connections. I trust the connections we made at the Great Lakes Water Gathering will grow deep roots, and be nourished by the nutrients of love, joy, respect, care, concern, gratitude, responsibility, and the waters of the Great Lakes.”

Hicks was often asked to open meetings, to set the tone and context. Inevitably she would begin by drawing in the strength and wisdom of the elders. She had a remarkable way of drawing the power in from the full group and empowering every person to speak from their hearts. Not only did she have an amazing spirit and energy that could fill any room with awe and hope, she also had a conviction, a sense of justice, that could strike at the heart of any matter. And she absolutely, and without so much as a pause, would insist on the best and highest solution that would benefit every single person. She truly exhibited shamanic capacities: her hand raised high, her eyes towards heaven and the greater good. I simply have never met another person that who more exuded a life-giving forcefield. She could invoke the spirit in all of us and in any room. ---Julie Ristau

Here is her last public interview on video.

A"wage love" fund has been established seeking donations to help bring Charity back to Detroit and sustain her husband Louis during a period of unpaid medical leave from his job. Here is a tribute to her from GoFundMe.

Charity Hicks was an extraordinary Detroit activist, advocate, and movement weaver. A native Detroiter raised on the lower east side right off of the Detroit River which contributed to her love for the environment.

As a founding member of the People’s Water Board, Charity helped co-lead the peoples’ response to the City’s shut-off of thousands of Detroit households for non-payment of water bills. Charity was instrumental in bringing Maude Barlow to Detroit to speak about water as part of the commons. Maude declared: "But the people of Detroit face another sinister enemy. Every day, thousands of them, in a city that is situated right by a body of water carrying one-fifth of the world’s water supply, are having their water ruthlessly cut off by men working for the Detroit Water and Sewerage Department. Most of the residents are African American and two-thirds of the cut offs involve children, which means that in some cases, child welfare authorities are moving in to remove children from their homes as it is a requirement that there be working utilities in all homes housing children." In May 2014 Charity was arrested and detained overnight for speaking out against water shutoffs on her block in Detroit.

She became a fellow of the EAT4HEALTH equitable food & agricultural policy fellowship, and the Policy Director at East Michigan Environmental Action Council (EMEAC) helping to empower the Detroit community to protect, preserve, and value the land, air and water. In her food system work, she was the lead person on the team which wrote the City of Detroit Food Security Policy (2008) and the articles for the establishment of the Detroit Food Policy Council (2009), and was the initial community engager/facilitator of the Detroit Food Justice Taskforce, a collaborative of 10 community based groups, and local activists in Detroit formed in 2009 to work in the food system and urban agricultural movement to promote a justice centered food system. Charity approached the food & agricultural system from the frames of health/nutrition, environmental/ecological justice, and economic equity.

Her background includes being a Clinical Research Associate- Human Subjects with the Detroit Health Disparities Research Center of the University of Michigan: a multi-faceted longitudinal health disparity study following over 1,200 African American families in Detroit which started in 2002 and was brought to closure in 2008. She worked over 10 years in research, public policy, and community activism in Detroit on health disparities, urban ecology, and African American community organizing. 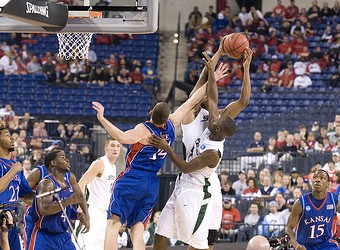 Public universities in Red States field top notch basketball teams, but state politicians in many of these states are slashing the universities' budgets. (By Brad J. Ward under a Creative Commons license.)

Politics Boil Beneath the Surface of NCAA March Madness 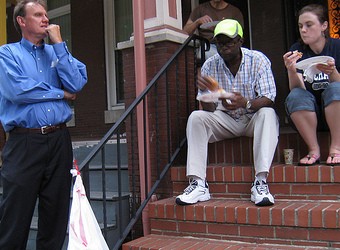 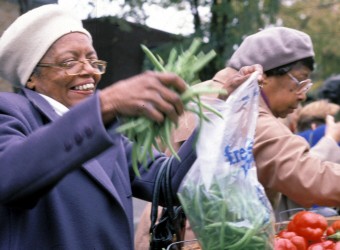 It Takes A Village to Stay Healthy