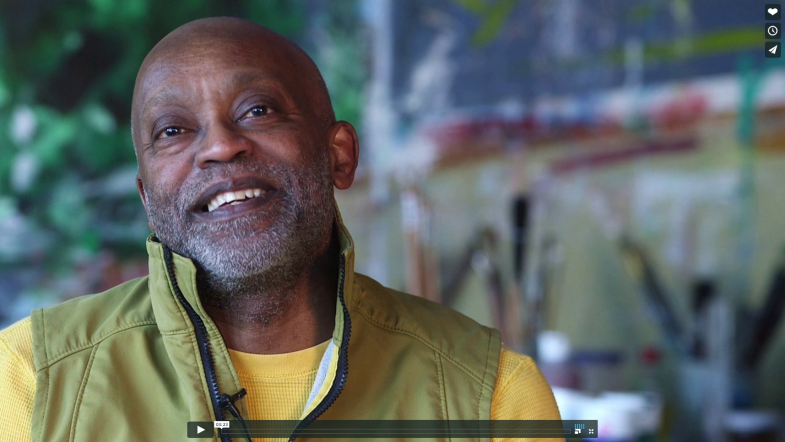 We’re clomping through a field of scrubby, rough grass when Seitu Jones suddenly motions skyward.  I spot an indistinguishable shape soaring above.  “It looks bigger than a hawk,” he says after close study. “I saw an eagle here last winter.  All kinds of birds use this area as a flyway down to the Mississippi River.”

We are exploring St. Paul’s newest park, 13 acres of fields, woods and an oak savanna occupying the city’s third highest point in the middle of city’s poorest and most ethnically diverse neighborhood. A foundry stands adjacent to the site, and across the street rises a low-income apartment complex and a tattered 1960s-era shopping plaza, now home to the Al-Ihsan Islamic Center, the Hmong American Travel agency, and a car wash.

“Those may have been planted by the sisters, ” Jones says pointing to a row of day lilies on the edge of a hill. He’s referring to the Catholic Contemplative Sisters of the Good Shepherd who built a convent and home for wayward girls here in 1883. The Wilder Foundation took over the site in 1969 for the headquarters of its extensive program of social services for needy citizens across the city. When the foundation moved to larger offices in 2007, the future of the land was unclear.

Generations of Frogtowners had enjoyed the area as an unofficial neighborhood commons, strolling through the woods, racing bikes and sleds down the steep hillside. The idea for the new Frogtown Park and Farm was hatched around a kitchen table four years ago when Jones (a public artist), his wife Soyini Guyton (a poet and master gardener), and their neighbors Anthony Schmitz (a novelist and kayak builder) and Patricia Ohmans (a master gardener and writer) shared their worries about losing a favorite place to sled.

"We went out to talk to everyone around here,” Jones remembers, “and found strong support for a park that could help keep people in the neighborhood”--which according to the St. Paul Park District’s own research contained less public green space for children than any other part of town: .006 acres per child.

Jones and Schmitz arranged a meeting with the Wilder Foundation where they announced their intention to buy the land, valued at $4-9 million.  “It was only afterwards when we were riding our bikes home that we realized we had no more than 20 bucks between us in our pockets,” Jones laughs.

So the Frogtown neighbors got in touch with the Minnesota office of The Trust for Public Land (TPL), which pitched in to raise $2.2 million from private and public sources to purchase the land from Wilder at less than half of market price in late 2013. TPL is now seeking another $2.3 million to finance Frogtown Park and Farm’s transformation over the next four years, which will break new ground for what a city park can be.

Besides a playground, amphitheater and the quiet sanctuary of the oak savanna, Frogtown Park and Farm will feature an urban agricultural education center with demonstration plots, greenhouses, a farmhouse, fruit and nut orchards, farm stand and beehives. Art projects will be integrated into most of the activities, helping establish the farm as a community gathering spot.

This vision for the park emerged out of a series of often packed neighborhood meetings over the past three years, which drew participants from various ethnic communities that call Frogtown home:  African-Americans, Vietnamese and Hmong from Southeast Asia, East African immigrants, Latinos and whites, including both newcomers and Polish families who settled here a century ago. “A lot of these people come from farming traditions, and they are aching to get back to the land,” Jones

The community-led process continued all the way through the design of the park. “The community has said from the first meetings they want a farm up here and they want an arts program,” Jones notes. “And they don’t mean just painting kids’ faces at events. They mean a whole range of arts.”

Continuing our walk through the new park, I notice a huge Cottonwood tree that fell in a recent storm. “When that happened,” Jones tells me, “Twitter and local conversation really fired up with concern about the ‘the oldest resident in Frogtown.’” That shows me that even before any work has begun, Frogtown Park and Farm already exists as a commons-- local people feel that it belongs to them.

AExcerpted from Land + People, the magazine published by the Trust for Public Land, which since 1972 has created parks in communities across the US. 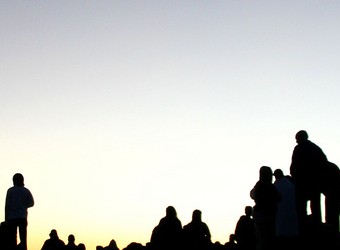 It's Morning in America

The strange similarity between Ronald Reagan and Barack Obama 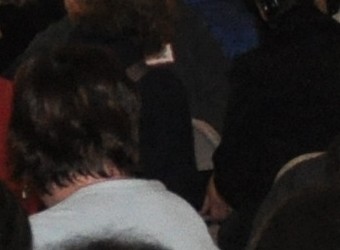 "Because We Are All in This Together"

A Rousing Celebration of the Commons in Oregon 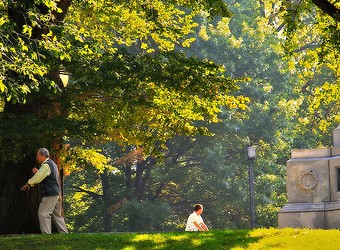