It's All Happening at the Park

More than ever, we need common ground where all kinds of people can interact, learn and have fun 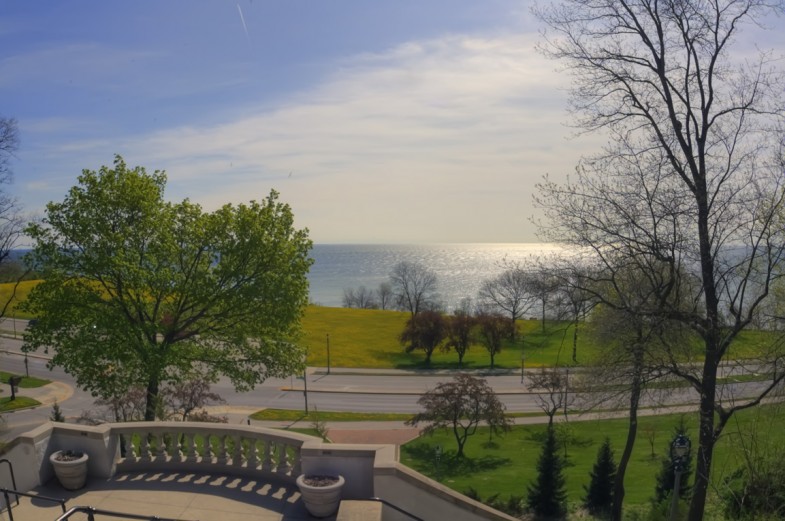 On the Commons helped frame a day-long planning meeting with officials and employees of the Dakota County (Minnesota) Park District about creating a new park in a fast-growing suburban area. The following article is drawn from remarks delivered during a presentation and workshop about parks as commons.

Parks stand as the foremost symbol of the commons because they are literally common ground—a place where everyone can come and rub shoulders, interact, share an experience, get to know one another better. They are the foundation of community and democracy.

Parks are also one of America’s great gifts to the world. Not only did we introduce the idea of national parks with Yellowstone in 1872, Frederick Law Olmsted earlier showed the immense promise of public parks with the creation of Central Park. Until then most of the major work by landscape architects such as Capability Brown was done on private estates. Olmsted showcased the idea that the public sphere could also inspire us with beauty and grandeur, an idea he developed based on the work of British designer Joseph Paxton.

Olmsted’s parks around North America—New York, Boston, Chicago, Seattle Louisville, Milwaukee, Buffalo and Montreal—are treasures ranking with the Parthenon an Grand Canyon. Yet sadly, some of the these parks have not been treated with the care worthy of masterpieces. Buffalo’s Delaware Park now is bisected by an expressway and Detroit’s Belle Isle is in disrepair. Indeed, even Central and Prospect Parks in New York City were deteriorating in the 1980s until citizens’ groups came forward to help the financially-strapped park board maintain them.

Do We Still Need Parks?

Too often, there is a sense from leaders that parks are not as necessary as they used to be. It’s not Olmsted’s era anymore when most people lived in tenements with no access to nature. Now the great majority of people, especially in suburban areas, live in houses or apartments with yards. Parks aren’t a top priority—especially in these times of tight fiscal budgets.

But actually, we need great parks as much as ever:

* In a time when bitter divisions and increasing alienation characterize American life, parks are one of the few spots where people still connect in a congenial setting. They are the literal common ground of our democracy, where people of all backgrounds can realize how much we share in common.

* As economic inequality deepens, which is now spreading to suburban areas, it is important to emphasize the fact that for most people, the park system is their equivalent of a lake cabin, a performing arts center, a country club, a health club, grandpa’s farm, and a classroom for continuing education. As the gap in personal opportunities and quality-of-life between people of different income levels is increasing, the park is one place where everyone counts. That experience is critically important for lower- and middle-income people to feel a continuing sense of possibility for the future of their families.

* In post-World War II suburban communities, where typically fewer people walk and enjoy less opportunities for spontaneous encounters on the street, parks play an even more important role than in older cities. Whether at sports facilities, beaches, trails or public events, the park is central to people’s sense of community and belonging.

* More than just pleasant places to play, parks are places to learn. Even beyond environmental education, parks are an ideal setting for classes, workshops, and experiential learning of all kinds. Many people might be more drawn to programming in a park than in a library or local school, and the opportunity for hands-on experience are more plentiful. 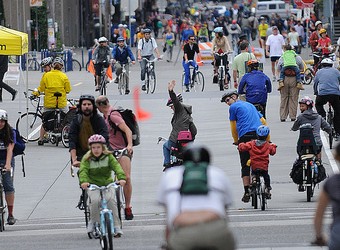 Borrowing an idea from Colombia, Portland opens its streets to non-motorized traffic on Sunday celebrations 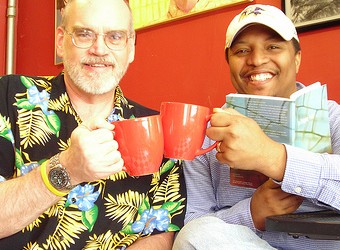 Why Economists Are So Often Wrong

They simply don't understand we have instincts that go beyond money. Things like coffee shops and conviviality. 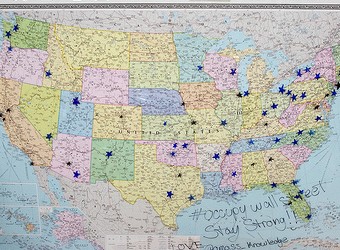 Frustration about Wall Street greed boils over in Middle America