Parks, squares, sidewalks, transit, schools and community centers are commons that can be used by all 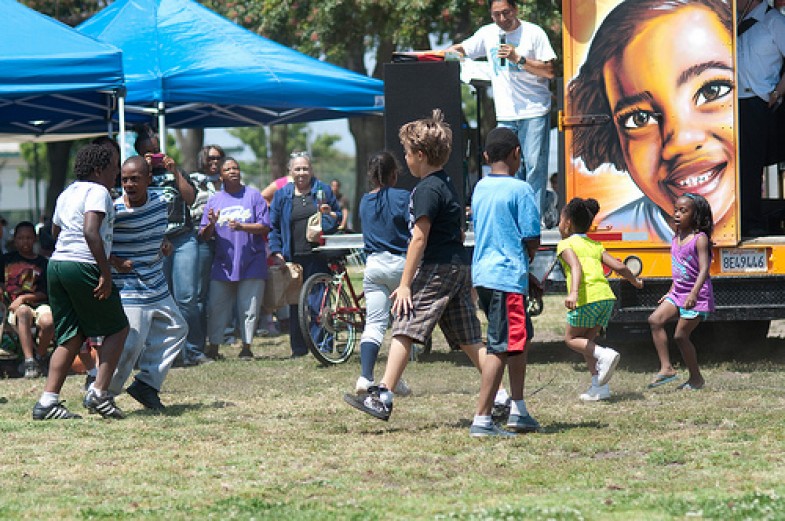 Former Bogota mayor Enrique Penalosa notes that rich people enjoy the pleasures of big homes, backyards, private clubs and country houses. Poor people have only their local street to hang out in—and if they’re lucky, a park, library or playground nearby.

It’s easy to dismiss rising interest in public spaces as something that only the wealthy can afford to worry about. But take a look at any bustling place anywhere in the world—from the markets of Africa and Asia to the squares of Latin America to the street corners of Europe and North America—and you’ll find it’s low-income people who depend on public spaces the most.

Enrique Peñalosa —former mayor of Bogotá, Colombia—notes that rich people enjoy the pleasures of big homes, backyards, private clubs and country houses. Poor people have only their local street to hang out in—and if they’re lucky, a park, library or playground nearby. He made public spaces the centerpiece of his administration, creating or refurbishing 1,200 parks and playgrounds, establishing 300 kilometres (186 miles) of bike trails, building 13 libraries and inaugurating the world’s longest pedestrian street running 17 kilometres (10 miles) through the city. Since leaving office he has become a globe-trotting ambassador helping out cities from Jakarta (Indonesia) to Dakar (Senegal) improve life for their citizens. “Public spaces are not a frivolity,” he asserts. “They are just as important as hospitals and schools. They create a sense of belonging. This creates a different type of society. A society where people of all income levels meet in public spaces is a more integrated, socially healthier one.”

Public spaces also play a key role in countries learning the ins and outs of democracy. The New York-based group Project for Public Spaces (PPS) has promoted squares, parks and other community places as a symbol of civic participation in Eastern Europe, where Communist regimes kept strict tabs on public gathering spots.

Capetown, South Africa, developed a public spaces strategy to help heal racial wounds and promote a a sense of unity in the city. Louise Grassov, a project manager at the Copenhagen urban consulting firm GehlArchitects, was involved in the far-reaching initiative, which hopes to instill blacks with a sense of ownership in a city where for many years they were not allowed to enter without permission. The goals, Grassov says, include, “getting more affordable housing in the centre of the city and giving back some dignity to people who walk rather than drive cars.”

The proliferation of autos, and the low social rank afforded anyone who doesn’t drive is an issue all across the developing world. Lisa Peterson, formerly with the New York-based Institute for Transportation and Development Policy (ITDP) notes. “Cars are seen as status for people. Big, fast roads are seen as status for cities. That is still the idea of progress in many places.” ITDP and the Utrecht, Netherlands-based Interface for Cycling Expertise are two international organizations challenging this view by showing the benefits of better balanced transportation policies.

Peterson sees a number of signs in Asia, Africa and Latin America that people are realizing it’s a mistake to pursue the same kind of auto-dominated development that has created environmental problems and eroded the vitality of public life in the West—especially in countries where the great majority of people can never afford a car. The World Bank has recently backed off from its auto-oriented development guidelines, while cities like Bogotá and Dar es Salaam in Tanzania provide new models of urban development with an emphasis on transit and bicycles. A number of places are also creating pedestrian districts. Beijing, Shanghai and Guangzhou in China and Cartagena as well as Bogotá in Colombia offer successful examples.

“People in the U.S. now recognize there are problems with building cities for cars and not for people,” Enrique Penalosa says, “and we in the Third World need to know that.”

Updated from an article that first appeared in Ode magazine. 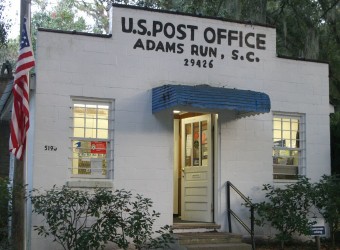 Neighborhood post offices would be replaced by a counter in a big box store with a barely trained clerk. (Photo by Bruce Tuten under a Creative Commons license.) 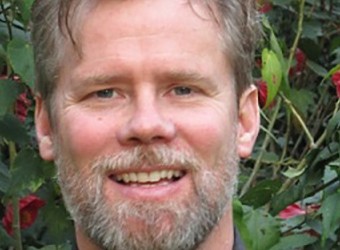 How Sharing Can Shift the Spirit of the Times 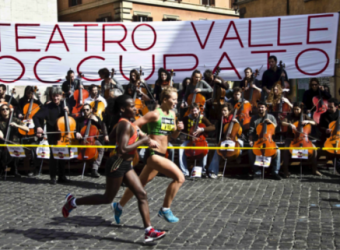 Occupiers of Rome's Teatro Valle want to move Italy's cultural policies in the direction of the commons.

Why breaking the law is sometimes the highest form of legality