Let's pay dividends to everyone from our common wealth 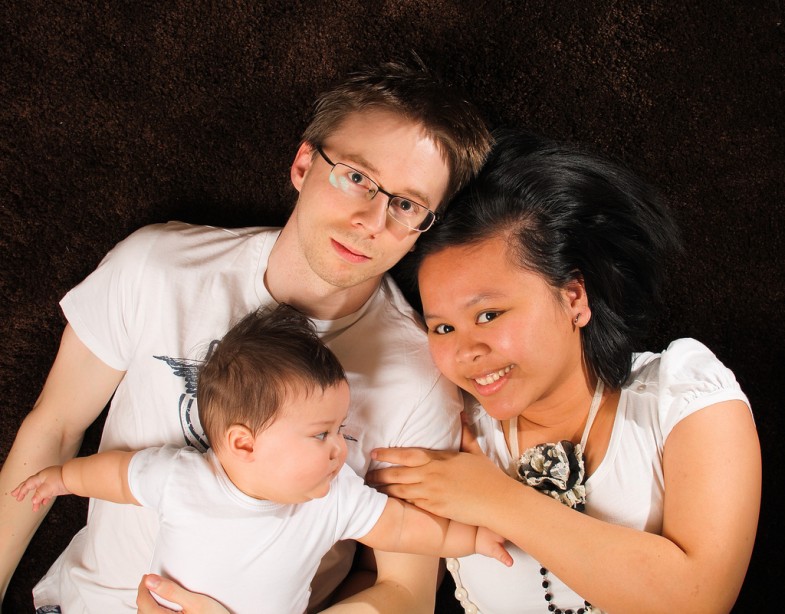 In Europe, there is growing interest in a minimum income that would be paid to all by the state. In the U.S., conservative author Charles Murray recently proposed a $10,000 guaranteed income, similar to Milton Friedman’s negative income tax, to replace welfare, food stamps, Social Security and Medicare. Here, OTC co-founder Peter Barnes, author of Capitalism 3.0, proposes commons-based income for all in addition to the existing safety net and separate from the federal budget. His proposal rests on the notion that common wealth belongs to everyone and that, as co-owners, we have a right to receive dividends.

A cushion of reliable income is a wonderful thing. It can help pay for basic necessities. It can be saved for rainy days or used to pursue happiness on sunny days. It can encourage people to take entrepreneurial risks, care for friends, or volunteer for community service.

Conversely, the absence of reliable income is a terrible thing. It heightens anxiety and fear. It diminishes our ability to cope with crises and transitions. It traps many families on the knife’s edge of poverty, and makes it harder for poor people to rise.

There’s been much discussion of late about how to save America’s declining middle class. The answer politicians of both parties give is always the same: jobs, jobs, jobs. The parties differ on how the jobs will be created — Republicans say the market will do it if we cut taxes and regulation. Democrats say government can help by investing in infra¬structure and education. Either way, it still comes down to jobs with decent wages and benefits.

It’s understandable that politicians say this: it was America’s experience in the past. In the years following World War II, we built a solid middle class on the foundation of high-paying, mostly unionized jobs in the manufacturing sector. But those days are history. Today, automation and computers have eliminated millions of jobs, and private-sector unions have been crushed. On top of that, in a globalized economy where capital can hire the cheapest labor anywhere, it’s no longer credible to believe that America’s middle class can prosper from labor income alone.

So why don’t we pay everyone some non-labor income — you know, the kind of money that flows disproportionally to the rich? I’m not talking about redistribution here, I’m talking about paying dividends to equity owners in good old capitalist fashion. Except that the equity owners in question aren’t owners of private wealth, they’re owners of common wealth. Which is to say, all of us.

One state—Alaska—already does this. The Alaska Permanent Fund uses revenue from state oil leases to invest in stocks, bonds and similar assets, and from those investments pays equal dividends to every resident. Since 1980, these dividends have ranged from $1,000 to $2,000 per year per person, including children (meaning that they’ve reached up to $8,000 per year for households of four). It’s therefore no accident that, compared to other states, Alaska has the third highest median income and the second highest income equality.

Alaska’s model can be extended to any state or nation, whether or not they have oil. Imagine an American Permanent Fund that pays dividends to all Americans, one person, one share. A major source of revenue could be clean air, nature’s gift to us all. Polluters have been freely dumping ever-increasing amounts of gunk into our air, contributing to ill-health, acid rain and climate change. But what if we required polluters to bid for and pay for permits to pollute our air, and decreased the number of permits every year? Pollution would decrease, and as it did, pollution prices would rise. Less pollution would yield more revenue. Over time, trillions of dollars would be available for dividends.

And that’s not the only common resource an American Permanent Fund could tap. Consider the substantial contribution society makes to publicly traded stock values. When a company like Facebook or Google goes public, its value rises dramatically. The extra value derives from the vastly enlarged market of investors who can trust a public company’s financial statements (filed quarterly with the Securities and Exchange Commission) and buy or sell its shares with the click of a mouse. Experts call this a ‘liquidity premium,’ and it’s generated not by the company but by society.

This socially created wealth now flows mostly to a small number of Americans. But if we wanted to, we could spread it around. We could do that by charging corporations for the extra liquidity that society provides. Let’s say we required public companies to deposit 1 percent of their shares in the American Permanent Fund for ten years, up to a total of 10 percent. This would be a modest price not just for public liquidity but for other privileges (limited liability, perpetual life, constitutional protections) we currently grant to corporations for free. In due time, the American Permanent Fund would have a diversified portfolio worth trillions of dollars. As the stock market rose and fell, so would everyone’s dividends. A rising tide would truly lift all boats.

There are other potential revenue sources for common wealth dividends. For example, we give free airwaves to media companies and nearly perpetual (and nearly global) copyright protection to entertainment and software companies. These free gifts are worth big bucks. If their recipients were required to pay us for them, we’d all be a little richer.

Banks are another large recipient of our collective largesse. I’m not talking about bail-out funds; I’m talking about the hugely valuable right we give banks to create money out of nothing. Banks do this (with our generous permission) by lending roughly seven times the money customers deposit (this is called ‘fractional reserve banking’); they then charge interest on these magically minted dollars. This gift to banks is justified on the grounds that it injects needed cash into the economy, but a comparable boost could be achieved by giving people new government-issued dollars — for example, by wiring money to their bank accounts — and limiting bank lending to money actually on deposit. Fresh money would then trickle up through households rather than down through banks.

Regardless of its revenue sources, the mechanics of an American Permanent Fund would be simple. Every U.S. resident with a valid Social Security number would be eligible to open a Shared Wealth Account at a bank or brokerage firm; dividends would then be wired to their accounts monthly. There’d be no means test — and no shame — attached to these earnings, as there are to welfare. Nor would there be any hint of class warfare — Bill Gates would get his dividends along with everyone else. And since the revenue would come from common wealth, there’d be no need to raise taxes or cut government spending. All we’d have to do is charge for private use of common wealth and feed the resulting revenue into an electronic distribution system.

How large should dividends be? The amounts paid would vary from year to year just as corporate dividends do. But the system should be designed so that dividends supplement rather than replace labor income. One good guide is Warren Buffet’s rule for bequeathing money to children: give them “enough to do anything, but not enough to do nothing.” We could also bear in mind that the higher the dividends, the stronger the middle class and the smaller the gap between the richest 1 percent and everyone else.

The United States isn’t broke, as some Republican say; we’re a very wealthy and productive country. The problem is that our wealth and productivity gains flow disproportionately to the rich in the form of dividends, capital gains, rent and interest. If we want to remain a middle class nation, that needs to change. Jobs alone won’t suffice. We need to complement wages with non-labor income from the wealth we all own. That would truly make us an ownership society.

Peter Barnes—an entrepreneur who co-founded Working Assets and a solar energy company—is co-founder of On the Commons. He is the author of Capitalism 3.0: A Guide to Reclaiming the Commons and Climate Solutions: A Citizens Guide. His 2001 book, Who Owns the Sky? presented the cap-and-dividend solution for climate change.