A Grassroots Initiative Enlivens the Commons in West Marin 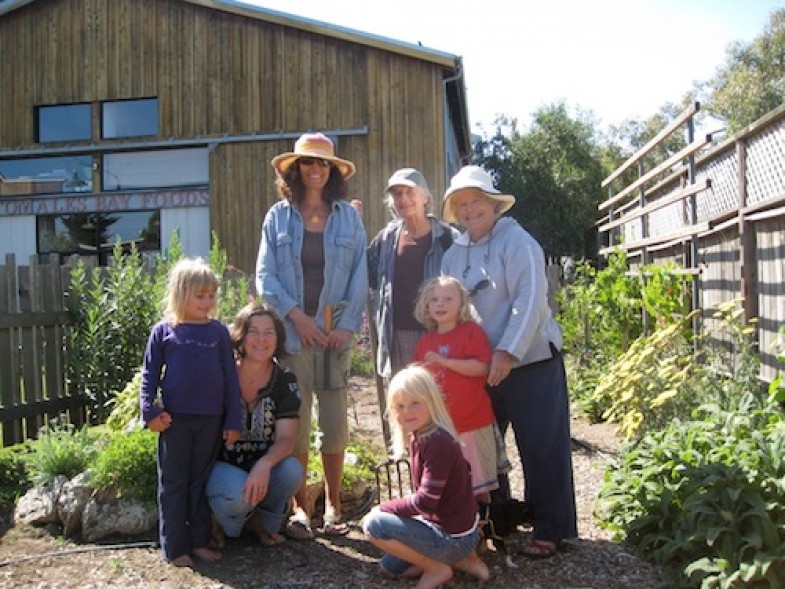 In 2006, a group of community members expressed a strong desire “to foster a social complement to the scenic landscape and natural ecology of West Marin,” and after a series of discussions about the commons and its life-enriching capacities, an organization called West Marin Commons emerged. Today West Marin Commons is dedicated to establishing, preserving, and enhancing common spaces in the semi-rural western region of Marin County, California. It also seeks to create social infrastructure for resource sharing, conservation, and learning.

I recently had the opportunity to speak with Elizabeth Barnet, the director of West Marin Commons. Here she explains the organization’s founding story in greater detail, and shares how her passion for community work and learning led her into conversation with Jonathan Rowe, a celebrated author, activist and co-founder of On the Commons. Barnet also gives an update on West Marin Commons’ current projects.

What led you to work with West Marin Commons, and can you describe your role today?

In 2006, my kids and I became involved in a cleanup project with the Tomales Bay Watershed Council on the lower end of Tomales Bay. I was homeschooling them at the time, and I always emphasized learning about the place where we lived. Seeing the value of this to the small group of children I worked with, I began to seek ways to make similar experiences available to the broader community. A grant related to watershed education became available, and through the process of writing the grant, I discovered a fledgling website for the Tomales Bay Institute. I remember a graphic on the website’s homepage that named a number of commons—things like air, water, and stories. It was my first introduction to the word “commons,” and it resonated with me right away. I contacted Jonathan Rowe, who was the director, and started reading his writing. We met regularly, and I would ask him all kinds of questions.

Jonathan had written curriculum for teaching the commons, which I began using in a local history and math class with kids ages six to thirteen. A commons survey was proposed on the Tomales Bay Institute website. We used this survey approach to evaluate and measure the layout of our town and we used reading and discussion to consider our roles and the meaning of commons. These exercises were empowering for the kids, and they helped us all discover Point Reyes Station as our place—something we share and take care of together.

My interest and involvement grew after that, and we organized seminars for adults. Mark Lakeman, founder of the City Repair Project in Portland, Oregon, presented a slideshow that got people excited. I would go so far as to say that a movement started—and out of the movement grew our organization.

While Tomales Bay Institute became On the Commons and relocated to Minneapolis, Jonathan and I became the co-directors of West Marin Commons, a small nonprofit that On the Commons continues to support. Jonathan passed away in 2011, and I am now the sole director.

Has the idea of the commons caught on in your community? And have you found any strategies for helping people broaden their understanding of the commons beyond natural resources?

I’ve been impressed by how many people in town use the word “commons” more and more, which I think shows they are trying to grasp and use the idea well. But sometimes I think the reciprocal nature of a commons is forgotten. I find that the commons is misinterpreted when people assume that it is ”free” for the taking and not necessarily for the giving. I always try to emphasize the reciprocal aspect of a commons—that our ownership implies we are responsible for protecting and promoting the things we share.

But to me, learning how to navigate these challenges is what West Marin Commons is all about. Here in the U.S. we don’t have a history of commoning, and most of us were raised within the context of materialism and capitalism. We don’t necessarily develop habits that lead us toward shared decision-making and ownership. I believe education is key for helping people understand the commons approach—and that’s something we can provide at West Marin Commons.

Take our town commons, for example. We’re leasing the property, and that means we have to pay rent and insurance on it. Though we’re making an effort to create a commons, it exists on a private piece of land, and legally we have to work within the private ownership model. When frameworks overlap like this, it becomes more complicated for people to grasp the commons, but we’re raising awareness providing a learning opportunity.

Has the commons approach helped address a community challenge?

Yes, I can think of a number of ways the commons approach has helped the community. Transportation is a good example. We live in a rural place, and we have to do a lot of driving both in town and “over the hill” where people go shopping, see the doctor, many kinds of things. We created a rideshare program called the Over-the-Hill-Gang (which has nothing to do with age, but refers to the fact that you have to drive over an actual hill to get out of town). It began as a Google Group, and we later transitioned it to a forum on our new website www.westmarincommons.org. There’s no insurance, no formality. The forum is just a place for people to connect. It’s a communication tool. The Over-the-Hill-Gang was our first online group, and I think, to a certain extent, it has provided one piece of the puzzle in our transportation challenges.

What has been easy or challenging about creating these solutions?

Solutions are needed, and the best thing is that people are both open to new ideas and hungry for inspiration. That makes commons work easy.

What makes it hard is getting clear on assumptions. What really is the commons? And how do we intentionally protect and promote it? The challenge is balancing the idea with the practice.

It’s clear that the West Marin community rests at the heart of your commons work. Is there a story about how the community has helped to advance the mission of West Marin Commons that you’d like to share?

One of three themes that underlie our work has to do with locality. I call it, “How local are you?” There are families that have lived here for generations, but the area also hosts over two million visitors every year. So who is our community? There’s a huge range of occupancy, but all of those people influence the West Marin community.

Commons spaces, like the Town Commons and the Native Garden and the Mesa Road Pathway behind the most used public bathroom in the county, are affected and used by long-term locals and first-time visitors. Commons Connect, our website that includes our forums, is a virtual gathering place. We try to provide the infrastructure for self-help. Those who live here use our local forums, such as West Marin Share, where people post a personal need or offering, or they might post a need on behalf of the preschool or senior living facility. Maybe they’re looking for a desk or bookshelf or lost cat or food for a sick neighbor or the name of a good podiatrist. The website also serves visitors via a calendar and other features. It’s a place where newcomers can start to get connected. There are countless examples. It’s an online gathering place for West Marin.

What are you working on now at West Marin Commons?

We have three areas that we’re focused on now: Commons Spaces, Commons Celebration, and Commons Connect.

Commons Spaces has to do with the town commons lot, the native garden, and the gathering places and pathways in West Marin. We need places where everyone is welcome—every community does.

Commons Celebration is all about celebrating the commons through seasonal, celebratory events, including apple pressing events and barn dances. I love apple pressing because it’s about bounty: we simply have too many apples. It’s nice when you have too much of a commons—especially a physical commons. We have lots of varieties of apples here, and kids love making different flavored apple juices. But beyond the fun, these events have become opportunities for the community to gather. It’s so important for us to keep hosting them.

Commons Connect, the online community hub for West Marin, is the third piece of our work. In addition to the projects I’ve already described, one of our central efforts is to provide a nexus including a calendar, a listing of local media and blogs, and a directory. We are also starting to profile happenings and projects in West Marin that wouldn’t get such multi-media coverage otherwise.

At this moment in the evolution of the organization we’re also trying to think more deeply about the story of West Marin Commons. What is the meaning of our work? Is it significant for other places? We’re raising funds to finish up a film called A Local Commons, which is produced by Corey Ohama, about our project that was partially supported by a grant from the California Council on the Humanities. We’re trying to provide programming and resources that are connected to this particular place, and that can also reach the wider world.

This interview has been edited and adapted for OntheCommons.org.