From Zuccotti Park to Main Street, people's yearnings spark new possibilities for a shift from me to we 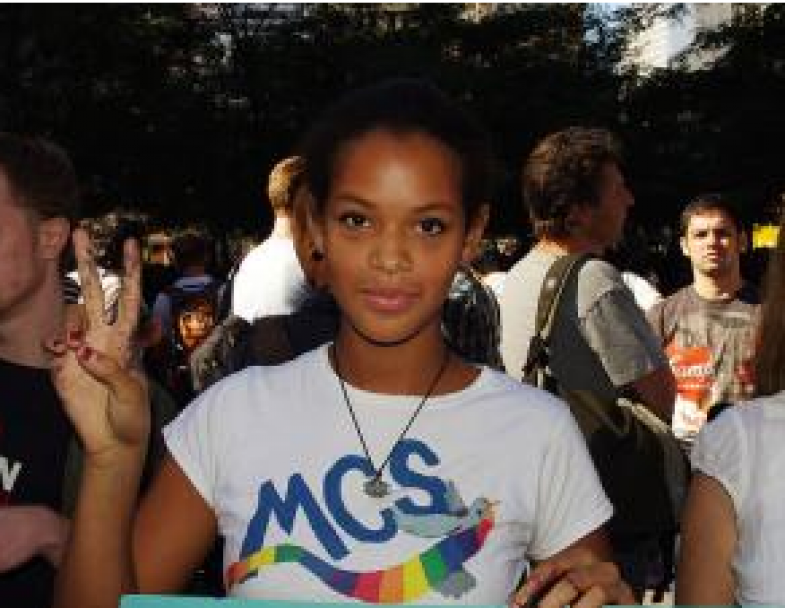 Occupy Wall Street and related actions across the country overturned the conventional wisdom that most Americans passively accept a massive transfer of wealth from the middle class to the wealthy. There’s genuine surprise among journalists and other experts that thousands of people from all walks of life are camping out in the autumn chill to protest Wall Street greed. And there’s shock that their actions are supported by a majority of Americans. A recent Time magazine poll found that 54 percent view the Occupy Wall Street protests favorably (23 percent do not). Compare that to the 27 percent in the same poll who view the Tea Party favorably.

Until now, it’s been easy to think that no cares what’s happening because there were no protests in the streets. But the dynamics of social change are more complicated that that, as shown in this essay by On the Commons Co-director Julie Ristau and Program Director Alexa Bradley. Although written before the Wall Street occupation, it pinpoints the power of our yearnings to set the stage for future action. We live under the market paradigm today, they write, in which “people’s social, political, and even personal consciousness is conditioned by their belief in the market as the only efficient system to organize society.” That means it takes time for many people to respond to events like the economic crisis, and that when they do it comes out first as feelings, not as policy proposals. But three years after the crash, there’s an upsurge in outrage about the richest one percent high-jacking the U.S. economy—and rising interest in the commons as a way to find our way of this mess. — Jay Walljasper

Adapted from the On the Commons book “All That We Share: A Field Guide to the Commons”:http://www.onthecommons.org/all-that-we-share.

Through our experience with numerous community projects, we’ve come to see how deeply contemporary society is immersed in the market mentality. So long as market fundamentalism remains the lens through which most Americans see the world, it will be very difficult for people to envision a commons-based society, let alone work to revive actual commons that are under threat in their communities.

This realization led us to examine how people’s social, political, and even personal consciousness is conditioned by their belief in the market as the only efficient system to organize society, and to look for points of entry for introducing commons-based ideas to the wider public.

It is jarring to realize just how far modern culture has drifted from the commons existence that for ages was central to human society. Our sense of we has been assaulted, chipped away at, forgotten. Of course, we can’t retreat back to the past. But it’s important to look at what we have lost and how that affects us today.

Thomas Kuhn, the historian of science who popularized the phrase “paradigm shift,” defines a paradigm as “an entire constellation of beliefs, values, techniques, and so on, shared by the members of a given community . . . [as] a set of unassailable, unconsciously accepted truths.” He goes on to describe the dramatic revolution of thought needed to make a shift—to break out of the deeply held beliefs of an old paradigm that no longer serves us.

What happens when we apply this thinking to our market-based society and the re-emerging idea of the commons?

In one of our workshops, participants hit upon the idea of colonization as a way to describe how we became separated from the commons. Our culture is saturated in the market paradigm. The concepts of consumer, ownership, private, worth, and profit define how we think about ourselves, our relationship to each other and everything we encounter. It displaces all other ways of making connections and finding meaning.

Colonization denotes total economic, social, and cultural domination of one people by another. It instills a belief system—a paradigm—that legitimizes large-scale theft and repression, making them seem entirely natural.

Envision what would happen if the commons paradigm became a fundamental framework for modern life, gradually outstripping the market paradigm. That’s not easy to do. It requires a leap from our usual thinking. It involves cracking open the constraints on our imaginations that prevent us from seeking a true transformation of society.

Yet we have found that people identify and value commons experiences in their own life as well as in the stories of their families, communities, and country. The commons is an imaginable (even if largely forgotten) reality, not just a theoretical concept. A reawakening of our ability to embrace a com¬mons perspective seems possible.

To explore the potential of a commons paradigm means not just formulating policies and programs, but excavating our feelings and recollections. Remembering is the first step in locating missing information that we can use to discover a new story about how we can live and thrive. As is often said, we cannot return to the past, but we can appropriate it, recover it, and use it to shape a new direction for the future.

Before any new commons paradigm can emerge, we must understand what the old market paradigm tells us about what’s possible and what’s not. Even though we don’t often think about the old story that runs through our heads, it keeps a remarkably firm grip on our overall thinking in the following ways:

Slowly but persistently a whole constellation of ideas associated with the commons is taking root among small groups around the world. In all of this we see the birth of a new story to guide us into the future, which can be partly summarized in the following points.

A brighter commons future, however, is in no way assured. The radical acceleration of privatization has diminished the number and quality of commons experiences in people’s lives. And as their real-life connections to the commons decline, so does the ability to even think in terms of the commons and to believe that it amounts to anything relevant in the twenty-first century.

Still, as the commons erodes in the world today, it continues to rise up within us as a yearning—an unmet need for deeper connection with the people and natural world that sustain us, a persistent call from the deep recesses of our consciousness saying that life means more than buying and selling.

Rabbi Irwin Kula describes this as a universal human trait. “Our yearnings generate life. Desire animates. We are urged to go for it, to seek answers to our deepest questions. When we uncover our deepest longings, life yields illumination and happiness. Far from being a burden, our yearnings become a path to blessing.”