The 2010 elections dramatically changed state legislatures and governors’ offices nationwide, causing a wave of efforts to restrict women’s health care. This year’s state bills targeting women's health are moving swiftly, even before jobs bills. According to the Guttmacher Institute, 56 percent of the state bills regarding reproductive health introduced this year seek to restrict abortion access, up from 38 percent last year.

While some of the state bills mimic recent federal proposals, others go much further. Here are the top trends targeting women’s health on the state level. 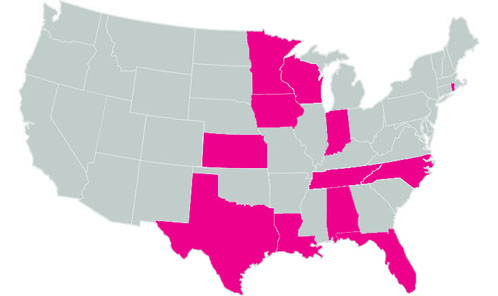 These bills cynically place political ideology over basic health care, putting the lives of millions of women and families at risk. As we saw during the federal debate, these attacks are bad health policy, bad fiscal policy, and bad politics.

A pregnant woman experiencing complications that threaten her health or life or the viability of her pregnancy should be able to consider all options without government interference or judgment from lawmakers. Some of these bills dont even allow exceptions for the health of the mother.

Bans on abortion in the state health insurance exchange (ENACTED 2011: VA, UT, OK, ID; ENACTED 2010: AZ, TN, MO, MS, LA). Abortion coverage is currently a standard provision in most private health insurance plans. The new anti-choice measures would effectively prevent insurance companies from participating in state insurance exchanges if they continued to provide this coverage. These measures would force most insurers to drop abortion coverage to avoid being excluded from an important part of the market. And women needing abortions would have to pay the full cost out-of-pocket, even if their health was in danger or there were severe fetal anomalies.

In 2011, Utah and Oklahoma have enacted laws that would ban abortion coverage for all health insurance (private and public), not just those participating in the state health insurance exchange.

Connect with your state and local Planned Parenthood organization for the latest in state-level attacks and how you can help.