Jeremy Abbott of the United States reacts after seeing his scores as teammates Meryl Davis (back L) and Charlie White (back R) look on in the Figure Skating Men's Short Program during the Sochi 2014 Winter Olympics at Iceberg Skating Palace on February 6, 2014 in Sochi, Russia.
Darren Cummings / Pool / Getty Images
By Alice Park

The debut of the team figure skating event Thursday at the Olympics didn’t go so well for the Americans. After less than stellar performances by both the men’s entrants and pairs members, the U.S., a gold medal favorite going into the Games, is in danger of not making the second round of competition.

That’s the danger of a team event – or, in this case, a hybrid team event – in which athletes compete as individuals but their standing depends on the performance of others. In team figure skating, each discipline – ladies, men, pairs, and ice dance – accumulates points for a each team’s total. Only those with the top five point totals go on to skate off for a medal in the finals.

MORE: Team Figure Skating at the Winter Olympics: What You Need to Know

Tying their fate to the performance of others isn’t something that figure skaters are accustomed to doing. Same for the single luge athletes, who are used to racing the clock alone on their slides. “Every elite athlete, has to have a certain degree of selfishness,” says Mark Aoyagi, director of sport and performance psychology at the University of Denver. “They have to look out for themselves by definition to become elite, at a level that normal people don’t understand.” Shifting that self-centered focus and accepting that their fate may now be in the hands of others may, he says, “be a hard pill to swallow.”

There’s no data suggesting that people who are more me-focused tend to gravitate toward solo sports and shun team endeavors, but those who pick up tennis or ski jumping or figure skating do tend to be more independent and self-reliant. Participating in a team event requires a shift in that mentality to accept that others may have different ways of training, different ways of preparing, and vastly different ways of handling stress and competing.

“It’s a different kind of pressure,” says Cory Newman, director of the center for cognitive therapy and professor psychology at the University of Pennsylvania Perelman School of Medicine. “Now it’s not just your own face you risk falling on if you have a hard time, but there are other people invested in you, and depending on you.”

How potentially paralyzing, or helpful, that pressure can be depends on the rest of your teammates. With the right atmosphere, he says, the experience can be inspiring and uplifting, and there is evidence that such collaborative efforts can even lead to better performances. In a 2002 study by researchers from University of Western Ontario and Brock University, scientists found, for example, that strongly cohesive groups of athletes who performed individually but had their scores pooled into a team effort performed better than those who were collaborative in traditional team sports such as basketball and football. Aoygai says it’s possible that because these teams didn’t normally function as a team, they took more time to address ways to bring the individual athletes together to foster a sense of camaraderie and fellowship.

One way to ease the transition is to help athletes see the change as a positive, which many do. For one, in a team event there is less pressure on each individual since each performance becomes part of a group score. There’s also the support of your teammates to celebrate victories and commiserate in defeats. “There must be an inherent loneliness in the life of a figure skater,” says Newman, “since everybody is your competitor. It must be nice to have an opportunity in which not everybody is your competitor, but there to help you.”

But what happens if things don’t work out well, and some athletes bring the entire group down? That’s what the U.S. team faces now. For sports psychologists, that’s an opportunity to ensure that the instinctively independent athletes don’t revert to their me-first mentality, and, as Aoyagi says, “look for the first fire exit to get out and protect themselves and their ego,” but instead remain committed to the team. Agreeing to be part of a team, as any player knows, requires sacrifice, and for self-minded athletes, that may include accepting that there is a risk that the outcomes may not always reflect their own abilities. “You have to be willing to compromise that things might not work out the way you like it,” says Gregory Dale, director of the sports psychology and leadership program at Duke University. “And you need to understand that your teammates are not going to do anything to screw things up on purpose. They’re in it like you are.”

Coming to that understanding can be easier if the team builds cohesiveness before the competition; some go-to techniques respected coaches have used include bringing athletes outside of their training setting to share a meal or participate in an activity that will allow them to collaborate and learn more about each other so they can establish trust and respect. Mike Candrea, who heads up the softball teams at the University of Arizona and brought together players from around the country for the U.S. Olympic women’s softball team, used holiday parties to bring his players together. Others have turned to rock climbing or other activities that force athletes to communicate and rely on each other. “Trust is the foundation of any dynamic in a team,” says Dale.

And that trust, says sports psychologists, will be the key to determining which teams of normally self-minded athletes pull ahead of others. “If you look at it the right way,” says Aoyagi, “research shows that even if a team is made up of individual athlete performances, they can truly be a team and that does lead to a better outcome.” 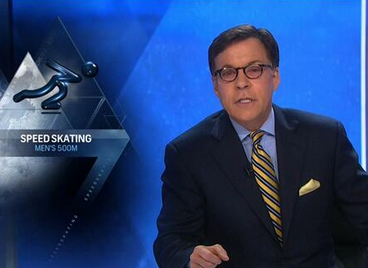 Bob Costas Is Not In Good Shape
Next Up: Editor's Pick 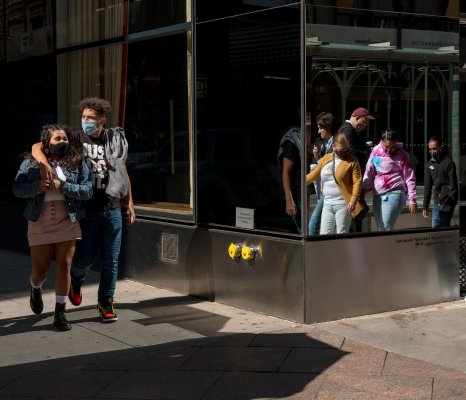