Funds for the Vibe Project will be directed to the Australian Government’s programs that deliver front line services from 1 July 2014. We are currently in a transition arrangement.

More Stories from The Vault »

Gav was on fire, even before the vibe. IT WAS HIS VIBE. HIS VISION.

I co-piloted the Government’s youth marketing campaign with him in 1991-1992, before his move to Darlinghurst. Gavin always rocked it, even then. As a public servant, I’ll never forget him launching government messages for indigenous people, during half time, at the AFL grand final. Gavin was big, bold, and creative; not limited by the closed mentality of those around him. Gav created his own stage, and no stage, was big enough.

Please people. Don’t let this class act be in vain. The Government needs to find money NOW. If not, Government, then corporates. Please, give generously… contact Vibe Australia, with your pledges of donations. Get the Deadly Awards back on, in Gavin’s honour. Gav deserves his own award.

So sad, that this would be posthumously. Mr Gavolina, you lit up the world; for white fellas also. RIP my dear friend.. it hurts to know that you are gone, VANESSA O’BRIEN.

I am so truly saddened by the lost of a great activist who have made a huge contribution to all Aboriginal and non- Aboriginal students and teachers with the Vibe magazines. We have many teachers who love this wonderful educational resource, that is used in so many ways for all our kids!! plus the highlighting of our wonderful culture and achievement! Thank you, Gavin for your inspirations and innovations !!

Gavin leaves an inspirational legacy that will never be forgotten. He was an amazing man to work with and taught others to reach for the stars. I have fond memories of when we were both on the Board of Gadigal Information Services (Koori Radio) in the mid 90′s and we would go back to his place on the block to eat and laugh after the meetings. We worked together on many projects and he was always there to take on any challenge we faced.

The world will be a sadder place without you in it Gav but all those young people you inspired will keep your legacy going for decades to come. I am sending my love and big hugs to Vicki and the rest of the family, I am so sorry for your loss. Till we see each other again, love to you my brother.

We have lost a great man in Gavin Jones and a trailblazer in the arts and media. Gavin gave a voice to contemporary Aboriginal culture and will be sorely missed. My condolences and prayers go out to his family and loved ones. 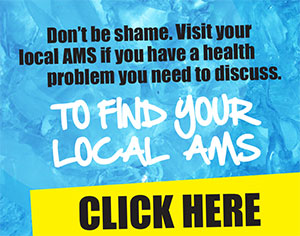