Today, June 3, WWE invites all our fans to a very special press conference at the STAPLES Center in Los Angeles at 12 noon PT. Fans can join WWE Chairman Mr. McMahon and their favorite WWE Superstars as they make a special announcement.

Along with this blockbuster announcement, the Chairman will further explain his reasons behind Mr. McMahon's million dollar announcement and why he plans on giving away more cash on live television than ever has been done before.

Doors at the STAPLES Center open at 11:15 a.m. PT on Tuesday and admission is free to those fans who want to witness this monumental occasion live. If you're in the Los Angeles area, don't miss out. Be a part of sports-entertainment history!

But, if you can't be live at the STAPLES Center this week, log on to WWE.com live at 3 p.m. ET/12 p.m. PT to catch the press conference streamed live. Be a part of sports-entertainment history! 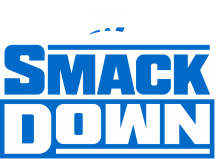