'American Idol' recap: Drama, danger and victory as the Top 12 are revealed 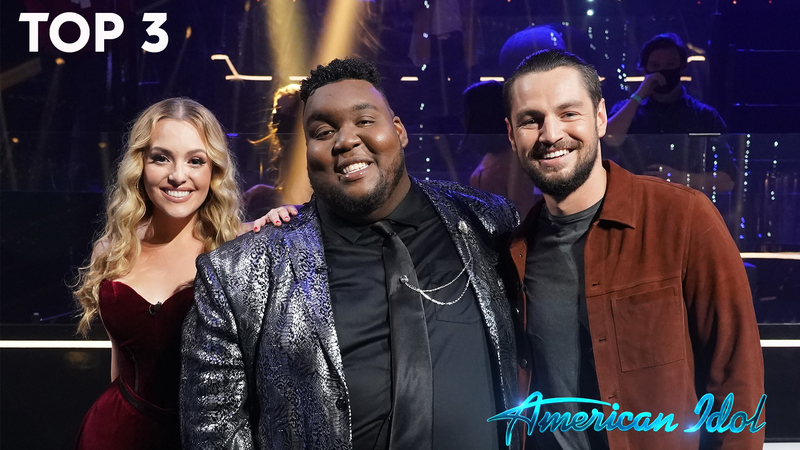 EMBED <>More Videos
NEW YORK -- The drama of the first LIVE 'American Idol' of the season began before the contestants even took the stage.

Judge Luke Bryan had to sit out the show after testing positive for COVID-19.

While he is resting and recovering at home, original 'Idol' judge Paula Abdul returned as a special guest joining Lionel Richie and Katy Perry to pick two contestants who would join America's favorites next week.

Fans cast their votes for their Top 10 after watching the Top 16 perform on Sunday night.

One more twist heading into the show, we learned contestant Wyatt Pike dropped out of the competition.

"Before we get to the results, I have to tell you that finalist Wyatt Pike will not be competing in the competition. He had to drop out, but we wish him the very best," host Ryan Seacrest said.

Seacrest also revealed that this season is so close that some contestants were separated by fewer than 900 votes.

Casey Bishop
Casey Bishop earned a spot in the Top 12 thanks to the viewers' votes. She opened the show performing "House of the Rising Sun" before taking a seat in the "victory zone."

Colin Jamieson
22-year-old Colin Jamieson was the first contestant to land in the "danger zone" - not earning enough votes. So, he was the first to sing for this life in front of the judges. Colin chose what he described as a fight song called "Waves" by Dean Lewis.

"You have grown so much right before our very eyes," Katy Perry said. "Every time you come on stage it's like a celebration. It's always high energy and fun."

Deshawn Goncalves
Ohio native Deshawn Goncalves advanced to the top 12 thanks to the viewer votes. Donning a sparkling gold jacket, he performed Stevie Wonder's classic "Higher Ground" to try to land a spot in the next round. Deshawn had Paula dancing as he headed to the victory zone.

Caleb Kennedy
Country singer Caleb Kennedy landed in the Top 12 thanks to the viewers and performed the unfinished original song "Nowhere" that he featured during his audition.

"You're gonna fool around here and become a great songwriter," Lionel Richie said.

"You are extremely talented and so young," Paula Abdul added.

In the middle of the show, former 'Idol' judge Randy Jackson made a surprise appearance, Facetiming to say hi to Paula and Ryan.

A FaceTime from @YO_RANDYJACKSON live?!

Madison Watkins
Madison Watkins took her game to the next level performing "Gravity" on Sunday night, but it was not enough to win enough votes from the fans. Madison headed into the danger zone singing "Hotline Bling" by Drake hoping for the judges' save.

"You have this whole time brought the light," Katy Perry said. "That good karma is going to pay off."

Ava August
The youngest contestant left in the competition moved on to the next round thanks to the viewers. 15-year-old Ava August rewarded them with a moving performing of "Love of My Life" that had the judges standing in ovation and left Paula Abdul speechless.

Beane
Another contestant who had to sing his way out of the danger zone was Beane. He performed "Grow As We Go" by Ben Platt.

"I'm a card-carrying Beane baby fan," Katy said after the performance while Paula said everything about Beane is special and unique.

Alyssa Wray
Alyssa Wray has such an amazing voice but may have come up short singing Whitney Houston's "Greatest Love of All."

"You are magnetic on stage. I love how brave you are because it's not easy to take on a song from Whitney Houston unless you are going to have a defining moment," Paula Abdul said. "It's great to be brave, but in the future of this competition for everyone, make sure you are picking the songs that allow you to shine in your own beautiful way."

Alanis Sophia
She expanded her range on Sunday night, but Alanis came up short with fan votes. She performed "Heart Attack" by Demi Lovato hoping for a judges' save.

Willie Spence
Headed into the victory zone, Willie Spence sang the song that made him go viral covering Rihanna's "Diamonds"

"You are brilliant," Katy perry said.

Grace Kinstler
Grace Kinstler and her powerful voice landed in the victory zone where she expanded her horizons singing "Dangerous Woman" and won praise from Lionel Richie.

Hunter Metts
Hunter Metts landed the last spot in the victory zone. His vocals were near perfection for "Can't Make You Love Me" by Bonnie Raitt.

Graham DeFranco
If closing the show is not enough pressure, Graham DeFranco was singing to keep his 'Idol' dreams alive! The pilot from Rockwell, Texas chose "Cover Me Up" by Jason Isbell to try to land a spot in the Top 12.

"You are a pilot but you've finally taken flight yourself," Katy Perry said of his performance.

After a commercial break, the judges decided on which of the 2 contestants in the danger zone would make it into the victory zone.

Madison Watkins and Beane were chosen to continue their journey as members of the Top 12. In addition to Graham DeFranco, Alanis Sophia and Colin Jamieson also saw their 'Idol' journeys come to an end.

The top 12 contestants will perform Oscar-nominated songs in hopes of securing America's vote into the top nine on a live coast-to-coast edition of "American Idol" on Sunday night. It's also the first night of real-time voting!

And then Monday, 10 finalists from last season will get a chance to perform for the first time on the 'Idol' stage. One of them will earn a spot to compete in the Top 10.