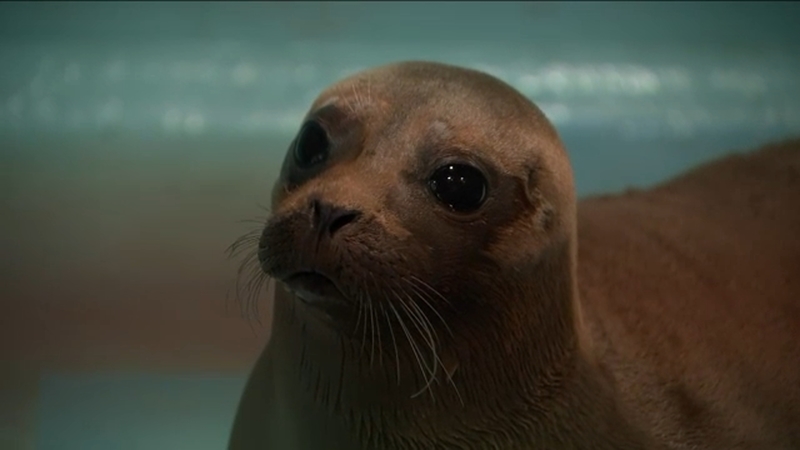 HAMPTON BAYS, Long Island (WABC) -- A pair of young seals were released back into the ocean on Friday.

The seals were dehydrated when they were recently discovered along the shore of Hampton Bays.

The seals, named Billy Joel and Joan Jett after the Long Island rock stars, were rehabilitated by the New York Marine Rescue Center in Riverhead.

It was a big day, and spectators needed a reservation to be there. It was the first public release of any rescued seal in New York in two years.

Workers say that the rescue work has been difficult during the pandemic. They have to worry about their own health as well as the health of the animals.

"If we were out of commission, these animals wouldn't have a place or a second chance," said Maxine Montello.

"She had a lot of scrapes all over her face - she had a pretty big injury under her eye and had an eye ulcer from it," Montello said.

Both seals were dehydrated. 'Billy Joel,' was rescued just last week. The crews, during the shutdown, got rid of all peripheral staff, and on Friday marked a milestone. Their work, which was being done in a very low-key manner around the clock, was finally recognized out in public again.

"Thing about all the people who took care of the animals and thinking they might never see them again," added spectator Louise Rotival

It is bittersweet, but proof there are plenty of rock stars out on the beach today - and the applause was long overdue.