Almost 30 years after providing testimony that brought the powerful Gambino crime family to its knees, notorious gangster Sammy "The Bull" Gravano said he still has his regrets. 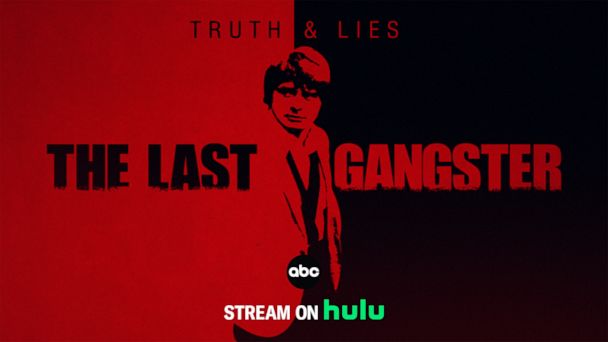 Let the World See
Sammy "The Bull" Gravano was a notorious gangster for the Gambino family. 30 years later, he looks back.
Stream On Hulu

"Is there anything that I feel I regret and that I would do differently? Of course," Gravano told ABC News in a new special, "Truth and Lies: The Last Gangster," now streaming on Hulu.

Despite a dramatic betrayal that turned Gravano against "the family" and brought down powerful Gambino boss John Gotti for good, no regret loomed as large as the ones about his real family, said Gravano.

"Being a gangster, actually in my life, was a curse," Gravano said, "and it did affect my family."

’Truth and Lies: The Last Gangster’ is now streaming on Hulu.

Gravano said he tried to keep his son Gerard and daughter Karen in the dark about his criminal activities, but the Cosa Nostra life touched them nonetheless. They described painful moments as children when they say they weren't aware their father was a gangster, even though it seemed like everyone else in the neighborhood knew.

When Gravano's financial success in the mob grew, the family moved from a working class neighborhood on Staten Island to ritzy Todt Hill -- an area populated by the children of doctors and lawyers.

"Then there's me, the gangster's daughter," Karen Gravano said. "One of the kids told my brother that we weren't allowed to come in the house because of who my father was."

Hearing this, Gravano said he took matters into his own hands in the only way he knew how and walked down the block to confront the neighbor face to face.

When the neighbor came to the door, Gravano confronted him.

“[I said] ‘Bro, are you a good dad to your kids?... What if they didn’t have a dad? You think this is gonna end good for you?” said Gravano. “He was, I think, petrified. And it woke me up because I said, ‘What the f--- are you doing? They're legitimate people.’ And I left.”

Following the confrontation, Gravano sold the Todt Hill house and headed back to his former neighborhood on Staten Island.

Gravano said that he recognizes that despite his efforts to protect his children, they were still hurt by the mobster's life.

"I got to take that responsibility that it did trickle down. What I did hurt them," said Gravano.

In 1992, Gravano, who was the underboss and known for his unrelenting ferocity in any fight, went from one of the most powerful figures in the New York mafia to its most infamous turncoat.

The FBI had planted bugs inside buildings where Gravano, Gotti and others frequently met. Gravano said it was those FBI recordings that broke his loyalty to Gotti.

In one conversation recorded on December 12, 1989, Gotti spoke about Gravano with an associate, saying “Every f------ time I turn around there’s a new company popping up. Rebars, buildings, consulting, concrete. And every time we get a partner who don’t agree with us, we kill ‘em. You go to ‘The Boss’ and your ‘Boss’ kills him. He okays it. Says, ‘It’s alright, good.’”

Gravano believed that Gotti was setting him up to take a fall. But Gotti’s son, John A. Gotti, disagreed, telling ABC News that Gravano had actually been “setting his father up on [other] tapes.” He said his father could not have been trying to frame Gravano as he had no idea that the FBI was recording his conversations.

Gotti Jr. went on to say that the December 12 conversation was triggered by people complaining to his father about Gravano and his greed, and his father realizing the tactics Gravano had been using.

“He's referring once again to Gravano, being completely aggressive and trying to take over the industries under John's nose and everybody else's nose,” Gotti Jr. told ABC. “And when he didn't like where it was going, he killed the guy. He went to John, John gave him permission, and he had him killed. That was who Sammy was, Sammy was that kind of a guy.”

Gotti Jr. said his father later confronted Gravano during a walk outside.

Gravano cooperated with the FBI and provided key testimony that helped finally convict Gotti, known as the "The Teflon Don," of five murders, including the assassination of previous Gambino boss Paul Castellano.

Gravano himself confessed to 19 murders, including the killings of his best friend, Louis Milito, and his brother-in-law, but served only five years in prison in exchange for his cooperation.

MORE: Body of notorious gangster John Dillinger to be exhumed from Indianapolis cemetery

When asked about the Milito hit in a 1997 ABC interview with Diane Sawyer, Gravano admitted to feeling guilty. "Oh, I absolutely felt something, tore me up. I knew the wife. I knew the children. It killed me inside," he said.

But to this day, Gravano insists his crimes were just part of what mobsters called "the life.""It was ugly, but I know what people want me to say," Gravano said in 2021. "It was so ugly. Would you change it? Yes, the way I feel now. But even looking now, I couldn't."

Gravano's former FBI handler, George Gabriel, said that Gravano's cooperation was crucial to law enforcement, and that his information led to the downfall of much more than just Gotti.

"Sammy helped me shut out the rest of the family and bosses and underbosses of the other families," Gabriel said. "He arguably led to the demise of organized crime in New York."

But the families of Gravano's victims say that the deaths of their loved ones were overlooked in exchange for Gravano's testimony.

Laura Garofalo's father, Eddie Garofalo, was killed in 1990 in a hit orchestrated by Gravano. She said despite his cooperation, justice was not done.

"It was shocking. It was absolutely shocking. People do more time for one murder. This is 19," said Garofalo.

"The feeling was us against the behemoth. What do we do? We have no recourse. They said this was OK. They wrapped him in the American flag and they sent him off," Garofalo added.

In 2001, Gravano pleaded guilty to charges alleging he ran a narcotics ring in Arizona that sold the drug, Ecstasy.

Gotti Jr. said the government knew there was a possibility that Gravano would return to a life of crime. He pointed to a 1995 psychological evaluation performed on Gravano to assess his ability to successfully participate in the witness protection program. The psychological evaluation said that Gravano “should be monitored closely,” and that there was a “substantial” likelihood that he would engage in violent criminal behavior in the future and a “moderate” likelihood that he would engage in non-violent criminal behavior in the future.

Garofalo and her attorneys sued Gravano under the New York State "Son of Sam" law, named for the infamous 1970s serial killer, which prohibits a criminal from profiting off the publicity surrounding those crimes and allows their victims to attempt to seize any profits that might arise from things like book and movie deals.

The namesake New York state law was ruled unconstitutional by the U.S. Supreme Court in 1991 and was criticized for violating the First Amendment.

By that time, Gravano had moved to Arizona after being released from prison and was collecting book royalties, when a similar Arizona restitution law stuck -- and Garofalo was able to collect."We were vindicated," Garofalo said.

Royalties from the book were seized by the state and distributed to families of Gravano's victims.Garofalo said the ruling gave her some semblance of peace.

"It empowered us to not be victims of Gravano," she said. "We needed people to understand that while this guy is going to write a book and tell his story, the people that we lost mattered. They were someone's father or brother or son. My grandmother buried her child."

Garofalo feels her story serves as a warning about cooperation deals made with valuable informants who are nonetheless responsible for crimes of their own.

Today, Gravano continues to tell his story publicly and appears to settle his scores in a new way.

“Now look at Sammy the Bull Gravano, he has a podcast,” said Guardian Angels founder Curtis Sliwa. “Instead of shooting at one another, they battle on podcasts. It's crazy.”

Garofalo said she still questions if Gravano can ever be a changed man.

"He has this forum but what is the other side for him? Is he sorry? Is he remorseful?" said Garofalo. "Because I don't see that. He is still glorifying this life. When does he let it go?"

This story has been revised to include additional reporting on the taped conversations involving John Gotti and the criminal activities of Sammy Gravano after Gotti’s conviction and Gravano’s relocation to Arizona.

'I fought': Trevor Reed describes his survival in a Russian prison