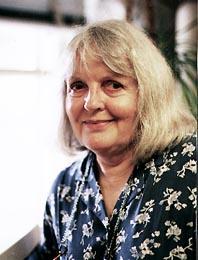 My concerns with issues affecting women, social class and power differences, history and the politics of culture, are themselves reflections of my own personal history and experiences. As the first woman in my family to graduate from college, I am obliged to a score of aunts and female relatives on both sides for their dreams and insistent encouragement. However, the primary source of my ethnographic and historical imagination was my paternal grandmother (1857-1953), who grew up on the northern Texas frontier amidst conflicts with both Comanches and the Confederacy in the Civil War. These factors contributed to my abiding interest in the processes by which groups are marginalized, how reputations and identities are shaped, and how stereotypes arise in the context of social change and cultural conflict. These interests, in turn, enter into my work (jointly with Chuck Perdue) on Appalachian culture, in general, and on the creation of Shenandoah National Park with its associated issues of displacement and appropriation, in particular. As offspring of the 1930s, Chuck and I were both affected, directly and indirectly, by the New Deal and its unprecedented expansion of government's role into cultural matters. Our long-term work examines the products and impact of those New Deal programs, especially those specifically labelled as "cultural" programs (such as the Federal Writer's Project, Art Project, Music Project, and Theater Project), in the commonwealth of Virginia. This work overlaps in significant ways with the Shenandoah Park case study, and together these two projects encompass questions and issues related to most of the areas of interest covered above.

I also serve as the President and webmaster of the Virginia Folklore Society.

College and Research Libraries. 1996 - Talk About Trouble: A New Deal Portrait of Virginians in the Great Depression.

Chapel Hill: University of North Carolina Press. 1993 - To Build a Wall Around These Mountains: The Displaced People of Shenandoah.

1981 - One Woman's Early Life: The Use of Autobiography in Family History Research.