Margot Bergman’s paintings draw you in, both with their rich colors and their appeal that’s grotesque, realistic, and dreamlike all at once. It makes sense, then, that she paints “imagined people,” abiding by only the rules of her brain when bringing brush to canvas. A selection of her curious, feminine creations will be on view at Anton Kern Gallery starting this Wednesday; Bergman usually only exhibits paintings, but Family Album will also include an array of “theatrical photographs” taken by the artist, featuring subjects posing with portions of Bergman’s collection of dolls and figurines.

Art This Week: A Brewery Gallery, Forgeries, and Another Stonewall Show

Some people go to prestigious and expensive schools to learn how to make art, throwing piles of cash at nice supplies in the process. Guy Woodard, on the other hand, honed his craft using a cheap ballpoint pen while incarcerated. The former counterfeiter and forger is opening a solo show of intricate ink drawings at Howl Happening in the East Village starting tonight. In addition to his drawings, which explore both political events and the ins and outs of everyday black life, the exhibition also features a selection of Woodard-created forgeries, including one of Trayvon Martin’s Howard University diploma.

Theater artists Normandy Sherwood and Craig Flanigin, who together run the company The Drunkard’s Wife, are always up to something colorful. They specialize in the zany, the musical, the site-specific, the historically-inspired. Their latest creation, Madame Lynch, is sure to be no different. It centers around the self-proclaimed “Empress of Paraguay” Eliza Lynch, a woman who is not in fact from Paraguay but from Ireland. To help tell this tale of imperialism, they’ve enlisted the Paraguayan “folkloric dance group” Ballet Panambí Vera as choreographic collaborators.

In Living Color!
Weekly on Wednesdays at UpNorth, 9 pm: FREE

There are so many drag shows in the city, they can be hard to keep track of. When a show happens every week, it can create a comfortable consistency; you always know it’s going to be there. The newest weekly sensation to hit Bushwick is In Living Color, a free evening of drag and burlesque hosted by effervescent drag performer Junior Mint, who may be new on the scene but has so much talent and vibrant presence that you’d never know it. Every Wednesday, she hosts a crop of multitalented local performers for your entertainment, while you sip drinks and dine on vegetarian food from the bar. This week features Rara Darling, Thee Suburbia, and Tink, with gogo dancing and kittening by Foxy Belle Afriq. END_OF_DOCUMENT_TOKEN_TO_BE_REPLACED

fish mystery in the shift horizon
Opening Wednesday, May 22 at Rubber Factory, 6 pm to 8 pm. On view through June 23.

The natural world is so vast and multifaceted it can seem like an impossible task to quantify it all. In fact, sometimes it is, and the scientific inability to identify a species’s baseline population size (known as “shifting baseline syndrome”) is one of the driving factors behind Catalina Ouyang’s latest show of sculptures and videos, which also draws from notions of diaspora and mistranslation. Huge, curious, jade-colored creatures populate the gallery space, looking simultaneously like cows, humans, fish, and some other fantastical creation entirely. They’re based off the Chinese paddlefish and baiji, creatures that are now extinct but once had a shifting baseline. The opening reception on Wednesday will not only feature Ouyang’s sculptures and videos, but also a durational performance among the aquatic creatures.

Art exhibitions featuring people who are formerly or currently incarcerated have been fairly common, but it would be unproductive to shoehorn them into a category. After all, no one goes about remarking about how there are too many art exhibitions featuring people who live in houses. If you’ve yet to go to an art show that draws from the profound and traumatic experience of incarceration on creators, or even if you have, head to Tribeca tonight for a show by the formerly incarcerated artist Pingo, who will be showing his work to the public for one night before a stint at this year’s Art Basel Miami. Pingo’s work is abstract and textural, recalling Jackson Pollock and utilizing shocks of colorful paint to convey a landscape of emotion. Not only that, but the exhibition will also include ice sculptures.

By now, you’ve probably heard of Drag Queen Story Hour, a wholesome event where drag performers from the local community go to a library or other such space outside of nightlife hours and read a story to some children. Once the sun goes down, you can support this heartwarming initiative at the latest edition of Wallbreaker, a monthly fundraiser party and drag show that will be aiming their philanthropy at Drag Queen Story Hour this month. There will be a raffle featuring all sorts of prizes alongside the main event: performances by Dezi 5, Junior Mint, Juniper Juicy, Mini Horrorwitz, and more. END_OF_DOCUMENT_TOKEN_TO_BE_REPLACED

Miniatures Through Magnifying Glasses and More Art This Week

Shame is the First Betrayer
Opening Thursday, May 9 at Victori + Mo, 6 pm to 8 pm. On view through June 22.

Art gallery Victori + Mo, which previously occupied a space within Bushwick’s 56 Bogart, is moving to Chelsea. The first exhibition in their new space, opening Thursday, is by multidisciplinary artist Phoenix Lindsey-Hall. The show takes its inspiration from the Lesbian Herstory Archives, specifically sections of the archive’s collection containing people’s personal belongings. Typically, these items stay in an archival setting, accessible only for people who already had the idea to go hunting for them. In Lindsey-Hall’s work, they come alive, as the gallery will be filled with replicas and reproductions of specific items that lesbians and queer women throughout the past decades possessed, whether that be everyday objects or treasured possessions. END_OF_DOCUMENT_TOKEN_TO_BE_REPLACED 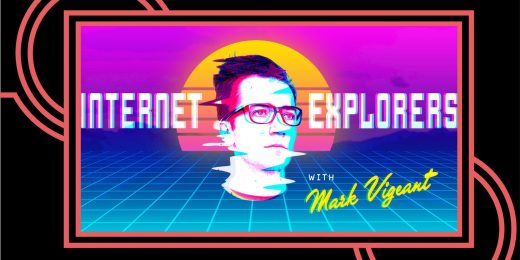 If you don’t have your eye glued constantly to social media, you might’ve missed that Instagram’s meme-makers have started to non-ironically unionize. It’s undeniable memes are a bigger deal than ever, so it only makes sense there’ll be a live comedy show about them tonight at Caveat, as part of Mark Vigeant’s recurring Internet Explorers show. As tonight is all about memes, Vigilant will be hosting online comic artist Branson Reese and a trio of journalists who report on all things internet (The Atlantic’s Taylor Lorenz, who wrote the aforementioned meme article, plus Buzzfeed’s Katie Notoupoulos and The New York Times’s Amanda Hess). There’ll also be a game of “meme Shark Tank,” where a group of comedians will try to out-meme each other. END_OF_DOCUMENT_TOKEN_TO_BE_REPLACED

Art This Week: LA Comes to NYC and Questions of the Body 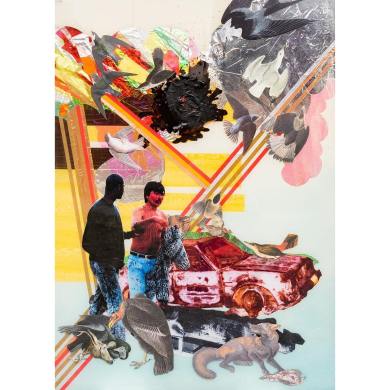 Phantom Paradise
Opening Wednesday, April 17 at Lesley Heller Gallery, 6 pm to 8 pm. On view through May 19.

Delano Dunn’s work is colorful and busy; it draws you in and demands you stay a while, in order to soak up all the shades and shapes and details on view. The LA-based artist’s collages, paintings, and mixed-media creations aren’t just nice to look at, they also pack an emotional punch—each piece of art is one part of a patchwork quilt of memories Dunn recounts from experiencing the 1992 LA riots, which occurred in the midst of his childhood. Birds, protestors, flames, cops, and streaks of neon colors help tell a story of chaos that’s abstract and visceral. END_OF_DOCUMENT_TOKEN_TO_BE_REPLACED

Bedford + Bowery is where downtown Manhattan and north Brooklyn intersect. Produced by NYU’s Arthur L. Carter Journalism Institute in collaboration with New York magazine, B + B covers the East Village, Lower East Side, Williamsburg, Greenpoint, Bushwick, and beyond.

Want to contribute? Send a tip? E-mail the editor.