The most famous of the philosopher-scientists of Islam, Abu Ali al-Husayn ibn-Abd Allah ibn-Sina, known in the West as Avicenna, was born in Bukhara, Persia, and died in Hamadan. After a long period of wandering through Persia, he became the court physician of Shams al-Dawlah in Hamadan and composed the Kitab ash-shifa (The Book of Healing), a vast philosophical and scientific encyclopedia, and the Canon of Medicine, among the most famous books in the history of medicine. Avicenna was a Neoplatonic thinker whose influence was felt throughout the Christian West during the Middle Ages. Medieval thought reacted powerfully to the rediscovery, in the twelfth and thirteenth centuries, of the work of Aristotle, which had already been exercising the intellects of Islamic thinkers for some time. Hence, many of the doctrinal disputes that arose in Europe in the course of the late thirteenth and early fourteenth centuries reflect the opposing views of Arab thinkers, notably those of Averroes and Avicenna. Avicenna's thought had developed out of a variety of sources. In addition to Plato there were influences of Stoic logic and earlier Islamic theological philosophers. One of Avicenna's more important beliefs was that God is the Necessary Existent, the necessary ground from which all existent things proceed. In themselves, he argued, nothing that exists does so necessarily; that is, it may or may not be. Everything that exists must therefore have a cause, and the chain of such causality would be an infinite regression without God, the one necessary being. God is thus the cause of all existence and of all things being as they are. This necessitarian limitation provoked a severe reaction among western thinkers, who saw it as a limitation placed on God's freedom. 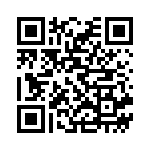