What are others saying about Find a Death? (links open in new window). Do you have something to say about the site? Click here or scroll to the bottom of the page and add your comment. All comments are placed on hold until they are approved.

Listen to the podcast interview on Sick and Twisted

“He’d be the perfect Jeopardy contestant if that show were much more interesting.”

“Your site is my favorite and if anything should happen to me, I’ll haunt you if I’m not included!”
Tina Bockrath – Playboy Centerfold May 1990 and Findadeath pal

“I just wanted to say that I love your site.  Keep up the good work and to all the people that hate this site F*ck off.”  – Tom Delonge Blink 182

“Considering that what I do is work with spirits, and that this is my primary service to Humanity (to work with those on the Other Side of the Veil) – this site is astonishing. Apparently its author gets a lot of flak for reflecting views and opinions some people simply don’t want to hear or have be known about their loved ones. This site is not a “gore-site” – unusual, really. This guy seems to have a healthy interest in death – I suspect he also serves as an “usher” somehow; my spirits that have fame karma seem less afraid to speak out because of this site. (Isn’t it weird how, after you’re dead, the subject of your own death can be taboo? – That’s a problem of the Living – not of the Dead.)” – Galadriel

“You are absolute scum, the only factor which stops me feeling angry is pity, you are NOTHING, and you always will be.  I hope you rot in hell motherfucker.”  – Libby Jagger

Ah, the charming Libby Jagger, teen supermodel, daughter of Mick, friend of Fifi Geldof, who is the daughter of the dead Paula Yates.

“Scott – how rude, vulgar, and totally in bad taste your unhealthy interests are!!” – John Lahr

I should clarify John Lahr’s statement.  John wrote the book, Prick Up Your Ears, about murdered playwright Joe Orton.  Joe lived very close to where I lived, in London.  Joe used to have sex in the men’s public toilet, and it was recently torn down.  I grabbed a tile from it and when I met John Lahr, I told him about findadeath.com, and asked him to sign the tile for me.  I asked him to write something funny, and that’s where the quote came from.  So don’t think John Lahr’s a bad guy.  He’s a good guy.  And he looks just like his dad Bert (the Cowardly Lion).

“I would love to have a man to man talk with you in person, that is, assuming you call yourself a MAN!! I don’t view you as a man!!”  – George Richey – Tammy Wynette’s husband”

George Richey is just a jerk.

This is a list of publications that have chosen to soil their reputations by including Find a Death.  Thenk yewww.

News of The World

An article I wrote for Bizarre Magazine

This site uses Akismet to reduce spam. Learn how your comment data is processed. 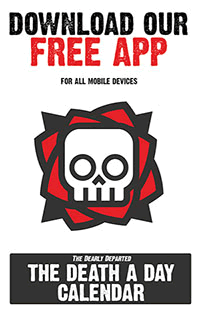 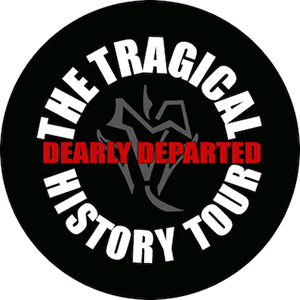