Ken’s next show is a house concert in Chester (postal code CH1 5AE) where he will be joined by Wendy Ross on violin. For location details and to reserve a place, contact Meggi Silva: 01244 371771 (easy to get to from M56. N.W side of Chester). 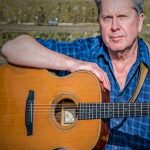 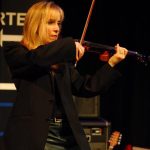 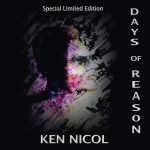 Ken Nicol is a guitarist, singer, songwriter and producer from Preston, in England. His music covers the spectrum from blues to rock, and effortlessly takes in folk, jazz, ragtime, ballads and more along the way.

Ken was a member of the legendary Albion Band from 1997 until September 2001 when he left in order to spend more time on other projects. In December 2002, he successfully joined forces with Steeleye Span, working with the band for eight years, most recently on their 2009 40th Anniversary Tour, visiting the USA and Australia. During his time with Steeleye he recorded four albums with the band: ‘They Called Her Babylon’, ‘Winter’, ‘Bloody Men’ and ‘Cogs, Wheels and Lovers’. Ken left the band in 2010.

As well as making and producing music, Ken has also worked with guitar makers Fylde guitars to develop the Ken Nicol Signature guitar. Beautifully constructed from cedar and rosewood, its incredible sound led to Acoustic Magazine giving this guitar an unprecedented 99% rating.

When he’s not touring or writing, he can be found producing projects of his own and other artists at his MVS Studios in Preston. On these pages you can read more about Ken and his music.

We use cookies on our website to give you the most relevant experience by remembering your preferences and repeat visits. By clicking “Accept All”, you consent to the use of ALL the cookies. However, you may visit "Cookie Settings" to provide a controlled consent.
Cookie SettingsAccept All
Manage consent

This website uses cookies to improve your experience while you navigate through the website. Out of these, the cookies that are categorized as necessary are stored on your browser as they are essential for the working of basic functionalities of the website. We also use third-party cookies that help us analyze and understand how you use this website. These cookies will be stored in your browser only with your consent. You also have the option to opt-out of these cookies. But opting out of some of these cookies may affect your browsing experience.
Necessary Always Enabled
Necessary cookies are absolutely essential for the website to function properly. These cookies ensure basic functionalities and security features of the website, anonymously.
Functional
Functional cookies help to perform certain functionalities like sharing the content of the website on social media platforms, collect feedbacks, and other third-party features.
Performance
Performance cookies are used to understand and analyze the key performance indexes of the website which helps in delivering a better user experience for the visitors.
Analytics
Analytical cookies are used to understand how visitors interact with the website. These cookies help provide information on metrics the number of visitors, bounce rate, traffic source, etc.
Advertisement
Advertisement cookies are used to provide visitors with relevant ads and marketing campaigns. These cookies track visitors across websites and collect information to provide customized ads.
Others
Other uncategorized cookies are those that are being analyzed and have not been classified into a category as yet.
SAVE & ACCEPT