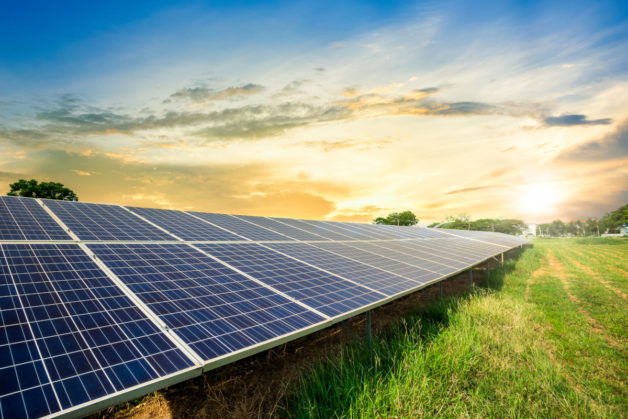 Scientists at Berkeley Lab developed a technique that synthesizes a perovskite solar material and tests its performance at the same time. (Credit: iStock/Thinnapob)

An exciting new solar material called organic-inorganic halide perovskites could one day help the U.S. achieve its solar ambitions and decarbonize the power grid. One thousand times thinner than silicon, perovskite solar materials can be tuned to respond to different colors of the solar spectrum simply by altering their composition mix.

Typically fabricated from organic molecules such as methylammonium and inorganic metal halides such as lead iodide, hybrid perovskite solar materials have a high tolerance for defects in their molecular structure and absorb visible light more efficiently than silicon, the solar industry’s standard.

Altogether, these qualities make perovskites promising active layers not only in photovoltaics (technologies that convert light into electricity), but also in other types of electronic devices that respond to or control light including light-emitting diodes (LEDs), detectors, and lasers.

But “although perovskites offer great potential for greatly expanding solar power, they have yet to be commercialized because their reliable synthesis and long-term stability has long challenged scientists,” said Carolin Sutter-Fella, a scientist at the Molecular Foundry, a nanoscience user facility at Lawrence Berkeley National Laboratory (Berkeley Lab). “Now, a path to perfect perovskites may soon be within reach.”

A recent Nature Communications study co-led by Sutter-Fella reports that solar materials manufacturing could be aided by a sophisticated new instrument that uses two types of light – invisible X-ray light and visible laser light – to probe a perovskite material’s crystal structure and optical properties as it is synthesized.

In this 2019 video, first author Shambhavi Pratap of the Technical University of Munich discusses how she studies thin-film solar energy materials using X-rays at the ALS. (Credit: Marilyn Sargent/Berkeley Lab)

“When people make solar thin films, they typically have a dedicated synthesis lab and need to go to another lab to characterize it. With our development, you can fully synthesize and characterize a material at the same time, at the same place,” she said.

For this work, Sutter-Fella assembled an international team of top scientists and engineers to equip an X-ray beamline endstation with a laser at Berkeley Lab’s Advanced Light Source (ALS).

The new instrument’s highly intense X-ray light allows researchers to probe the perovskite material’s crystal structure and unveil details about fast chemical processes. For example, it can be used to characterize what happens in the second before and after a drop of a solidifying agent transforms a liquid precursor solution into a solid thin film.

A new technique at the Advanced Light Source reveals what happens (from left to right) in the second before, during, and after a drop of a solidifying agent transforms a liquid precursor solution into a perovskite solar material. (Credit: Berkeley Lab)

At the same time, its laser can be used to create electrons and holes (electrical charge carriers) in the perovskite thin film, allowing the scientists to observe a solar material’s response to light, whether as a finished product or during the intermediate stages of material synthesis.

This combination of simultaneous measurements could become part of an automated workflow to monitor the production of perovskites and other functional materials in real time for process and quality control.

Perovskite films are typically made by spin coating, an affordable technique that doesn’t require expensive equipment or complicated chemical setups. And the case for perovskites gets even brighter when you consider how energy-intensive it is just to manufacture silicon into a solar device – silicon requires a processing temperature of about 2,732 degrees Fahrenheit. In contrast, perovskites are easily processed from solution at room temperature to just 302 degrees Fahrenheit.

First author Shambhavi Pratap, who specializes in the use of X-rays to study thin-film solar energy materials, played a critical role in developing the instrument as an ALS doctoral fellow. She recently completed her doctoral studies in the Müller-Buschbaum group at the Technical University of Munich.

“The instrument will allow researchers to document how small things that are usually taken for granted can have a big impact on material quality and performance,” Pratap said. 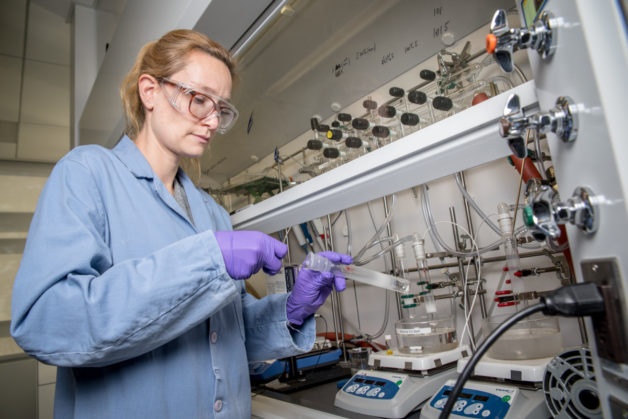 “To make reproducible and efficient solar cells at low cost, everything matters,” Sutter-Fella said. She added that the study was a team effort that spanned a wide range of scientific disciplines.

The work is the latest chapter in a body of work for which Sutter-Fella was awarded a Berkeley Lab Early Career Laboratory Directed Research and Development (LDRD) Award in 2017.

“We know that the research community is interested in using this new capability at the ALS,” she said. “Now we want to make it user friendly so that more people can take advantage of this endstation.”

Founded in 1931 on the belief that the biggest scientific challenges are best addressed by teams, Lawrence Berkeley National Laboratory and its scientists have been recognized with 14 Nobel Prizes. Today, Berkeley Lab researchers develop sustainable energy and environmental solutions, create useful new materials, advance the frontiers of computing, and probe the mysteries of life, matter, and the universe. Scientists from around the world rely on the Lab’s facilities for their own discovery science. Berkeley Lab is a multiprogram national laboratory, managed by the University of California for the U.S. Department of Energy’s Office of Science.

America is staring down a summer of disasters
Axios | June 8, 2022