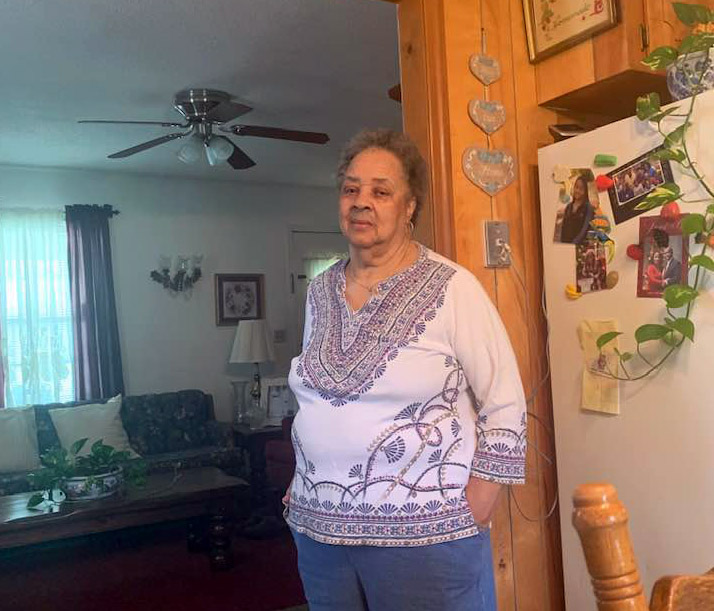 As 77-year-old Carolyn Mason sat in her kitchen filling out a mail-in ballot in October, she did not take for granted that she did not gain the right to vote until she was a young adult.

Mason of Mullins, South Carolina, was not there when the landmark Voting Rights Act passed in 1965, she was in Fort Benning, Georgia. As an Army wife, she and her family bounced between bases across the country until 1972, when she returned to her hometown and voted for the first time.

“Until I heard about voting, I didn’t know too much about it,” Mason said, “So evidently we had a reason we couldn’t vote, because if I had known, I’d have been voting since I was 18 or 19.”

Voter suppression now works in discreet ways: underfunded education, misinformation, and intimidation are all contributors to low voter turnout in minority communities. For Mason, along with millions of other Black Americans, the ability to vote did not magically appear when the Voting Rights Act was passed. Rather, it took years for her to learn about the importance of voting and her eligibility.

“I voted after they put us where we could vote,” Mason said, “And then I might have waited a few years after that before I started. But at one time, it was just for people that was in a higher class than we were.”

Mullins has a substantial class and racial divide, with Black residents being disproportionately impoverished and underrepresented in local politics. Today’s  presidential election has only furthered these divides, causing many Black Americans to pledge Democratic loyalty now more than ever.

For Mason, her support of the Democratic party lies mainly in socioeconomic issues, as she grew up in a working-class, Southern family.

“I am straight up Democrat because I was born a Democrat,” Carolyn said, “They care about where I come from. I had to be a Democrat cause I didn’t fit in no category where we was rich.”

Mason voted in the Presidential as well as local elections, which have moved to the forefront of Mullins politics recently. Driving through the town, lawns and empty lots are littered with campaign signs for community politicians, many of them Black Millenials. The dilapidation of the once-thriving tobacco industry in Mullins, along with shutdowns of small businesses and the ever-growing class divide, has pushed Mullins voters to make their voices heard.

“I heard that the mayor that we had was leaving, and he didn’t want to do it no more,” Mason said, “And our brother decided he would run. I voted for him because I felt like he would help us, and he wanted to do the right thing.”

As for the Presidential election, Mason shares similar sentiments, and there was no question as to whether she cast her ballot for Joe Biden or Donald Trump. Biden’s political affiliation, and the reputation of his opponent, automatically gained her vote.

“I voted for [Biden] because he, it sounds like he could be more helpful,” Mason said, “I voted for him because he was a Democrat. And you know, these black people, their  poor. And I’m in that race. So if he can help me, I needed him to run for president.”