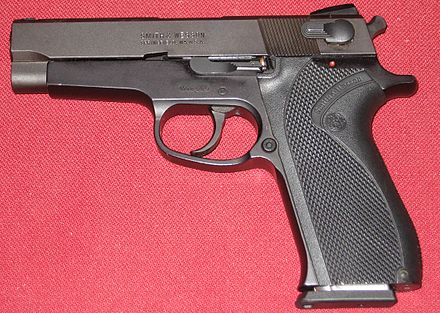 Smith & Wesson reported a 128% increase in gun sales in the weeks prior to the election.

Aniyah Weaver observed that her parents have been quietly stocking their pantry. At first, she brushed it off as preparation for a coronavirus surge. However, when she noticed her father, who held a certain revulsion towards guns, had purchased a Smith & Wesson Model 910 pistol, she started to get worried. “They’re afraid that there’s going to be violence after the election,” said Weaver. “Whichever side loses is not going to be happy and we’re afraid that they’re going to try and take things into their own hands. So, we’ve decided to vote early and stay indoors on election day.”

Like many other American citizens, Weaver fears post-election violence from militia groups and other radicalized entities. This year has been a year filled with violence. Now, many fear that the losing side of the presidential election will not accept the election results, and resort to violence.

“I’m not going anywhere on Election Day,” said Clarence White, a 43-year-old father of two from Atlanta. “It may seem extreme, but I don’t want to take any chances. My wife and I have taken a few days off work and even made last minute grocery runs for essentials and medications. I’ve seen several stories of people intimidating voters at the polls, and even my kids have mentioned other teenagers at their high school talking about ‘taking back the country.’ Whatever that means.”

Although officials insist that there is no need to suspect widespread violence in wake of the election results, they have yet to rule out isolated flare-ups as unlikely. While many seek to stock up food and necessities, others purchase firearms for protection.

According to FBI data, 93% more background checks were completed this year as compared to this time last year. This indicates that gun sales have hit record numbers this year. In Atlanta, local police plan to deploy more officers in an effort to curb any violence.

“If this year has taught us anything it’s to expect the unexpected,” said Sydney Hahn, 32. “We do believe that this election will go by peacefully, and we’ll breathe a sigh of relief when that happens, but we’d rather not be caught unprepared should something go wrong. I’ve bought groceries and kept cash on hand. If things get really bad, I plan to stay with my mother in Athens for a few days.”