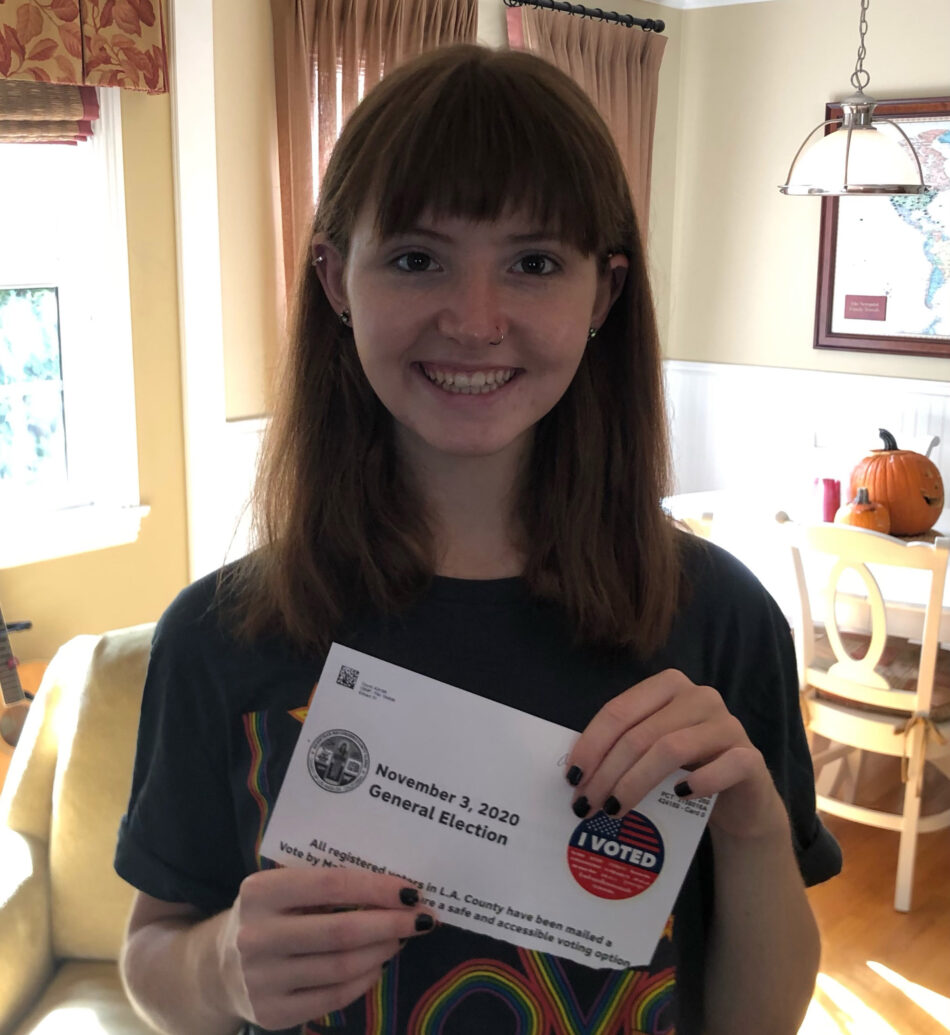 Voting in her first presidential election has Gen Z voter Ashley Newquist nervous, optimistic, and in search of new ways to envision the United States presidency.

“I feel a little nervous, more than anything,” Ashley Newquist said. “The farthest I will go is cautiously optimistic, but I lean more towards being very cynical.”

Newquist received her ballot in the mail like most other California residents and decided to send it out well ahead of the election. She hoped that mail in vote would curb the stress and uncertainty around the question of “what’s next?”

“We need to have more housing options for people who are homeless and outreach programs for people who are struggling,” she said. “Those are people whose voices don’t get heard a lot and those are the people that we need to help in order to thrive instead of you know prioritizing fracking because it’s going to help the US make money somehow.”

According to Newquist neither candidate is ideal, but she hopes Biden’s more centrist views encourage moderates and other centrists to lean left. She imagines that one day we will have a care-centered president that believes that the constituents come first and hopes that in the future we are able to elect candidates that put the general public over corporations.

Social media has been one of the ways she’s stayed connected to what other college students outside of her town have been saying and it has encouraged the hope that one day her ideal president, Alexandria Ocasio-Cortez,  will sit in the Oval Office.

“I would say tick tock probably made me love her way too much at this point,” she said. “She’s just so iconic and I think that she really has a level of empathy that you don’t see a lot in politicians.”