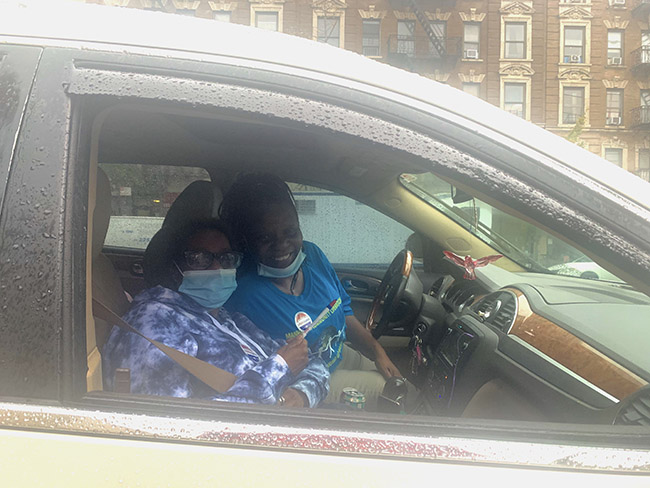 Voter Loretta Rushin of Brooklyn drove through the rain to Harlem on Sunday just to make sure her friend Celestine Webb voted in the upcoming presidential election.

When they arrived, the line at the P.S. 175 polling site — which snaked from the gym, through the school’s first floor hallway, and out onto the large turf field outside — appeared daunting at first.

But the process proved easy and quick, with the longest wait time clocking in at around 20 minutes.

“I hope the world will change…things need to change, and it’s bad enough we have corona,” Rushin, 55, said noting that she was glad they came out ahead of Election Day to avoid the crowds and any potential protests.

“Anybody is better than Trump,” Webb, 65, chimed in, agreeing with her friend that President Trump handling of the pandemic was one of many reasons she felt it was important to vote.  “We need to get him out and have a new lease on life.” 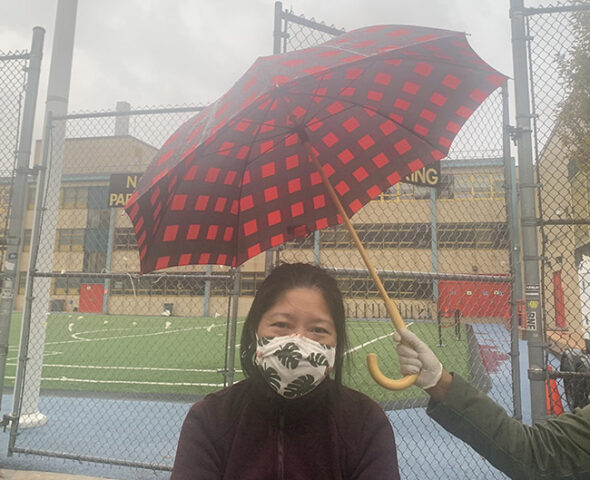 Voter Angel Swift, 43, of Harlem, stands under plaid umbrella to block the rain

Voter Angel Swift, 43, of Harlem, who also cast her ballot at P.S. 175, said she has closely followed every twist and turn in the election, and has even watched most of the presidential debates.

For Swift, the 2020 race is more than just a vote. It’s about national identity, and how the United States will move forward.