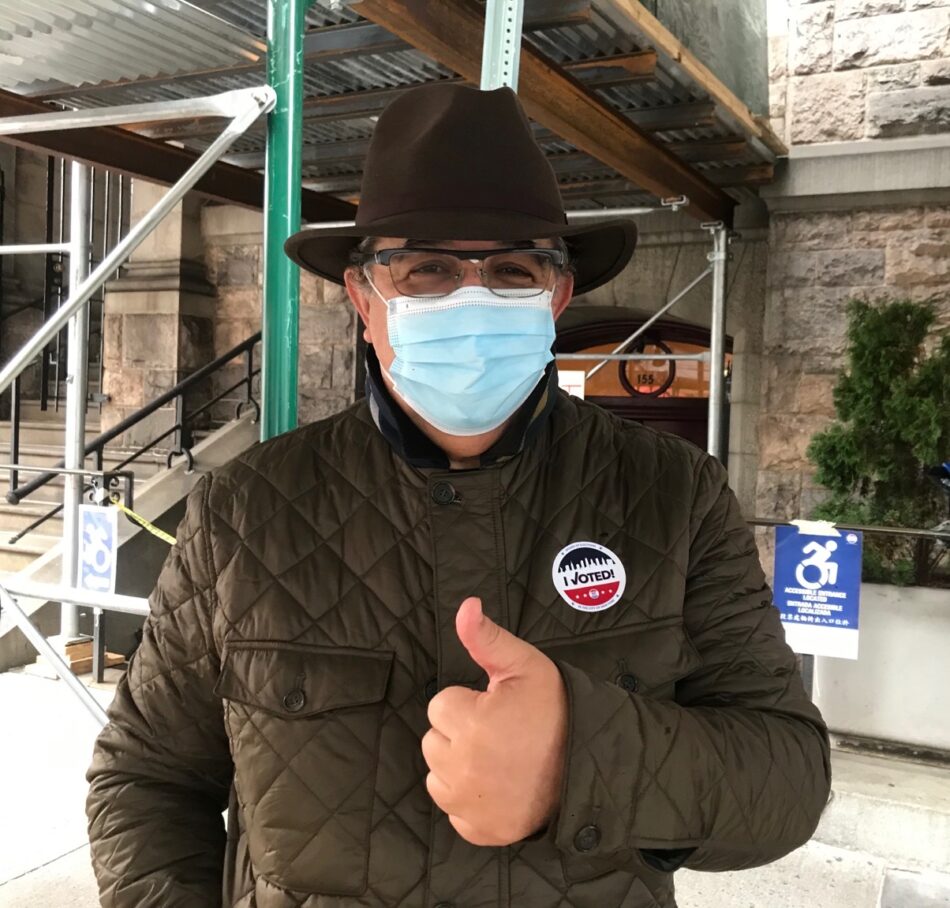 Voter Sophien Bennaceur wasn’t very pleased Tuesday when he walked out of the basement of Church of St. Anthony of Padua in SoHo.

“The lady at the desk didn’t do her job very well,” the disgruntled man said, as he tacked an “I voted” sticker onto his jacket. “I’m registered and she told me I wasn’t. She had to ask someone else to help her do the searching. That’s not very good.”

Still, for 59-year-old Bennaceur — an avid Trump supporter who has religiously followed the presidential debates — the debacle wasn’t enough to dampen his Election Day spirits.

“I think it’s a great experience to vote in person,” he said. “As the Republican I am, I always vote on the exact same day of the election. It makes me feel more involved in this process.”

Bennaceur said his entire family voted for Donald Trump, believing that he “deserves a [another] chance.”

“I think it’s the most important thing to understand that we can’t become a communist nation,” Bennaceur said. “The biggest problem for the states now is how to rebuild the economy. Donald Trump and the Republicans understand it better.”

Bennaceur wouldn’t say which candidate he voted in the last presidential election — but he expressed his disappointment in the Democratic Party, saying it is “not the same as it’s used to be.”

“I watched how the media and the press mistreated the election process and preferred one candidate over the other — that’s not democratic,” he said. “That’s dangerous.”