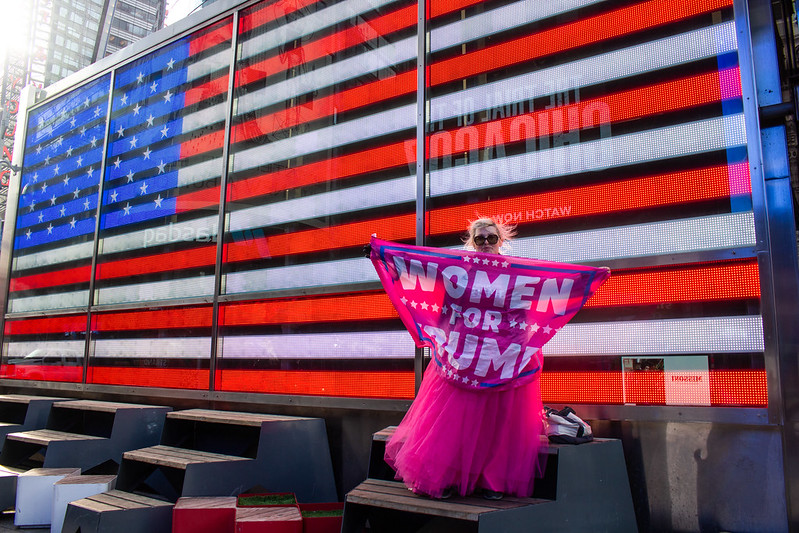 A Trump supporter stands in front of an American flag display in Times Square on Tuesday, November 3rd. Photo by Tori Luecking

From the East Village to Times Square, the energy of Election Day was felt throughout New York City. Anti-Trump artwork popped up on plywood covered windows, and activists made their presence known as news crews rolled their cameras.

The morning and afternoon atmosphere was tense but calm. Election Day voters walked through the quiet East Village neighborhood displaying their “I Voted” stickers. Times Square remained peaceful even with Biden and Trump supporters sharing space. Photographers walked the streets for hours documenting the historic day.

The November 3rd election was the culmination of a divisive campaign season that saw President Trump refuse to denounce white supremacy and attempt to quell mail-in-voting amidst the coronavirus pandemic. Biden’s campaign has held a consistent overall lead since results were released. As of the afternoon of November 6th, no winner has been declared, but Biden is expected to be victorious. 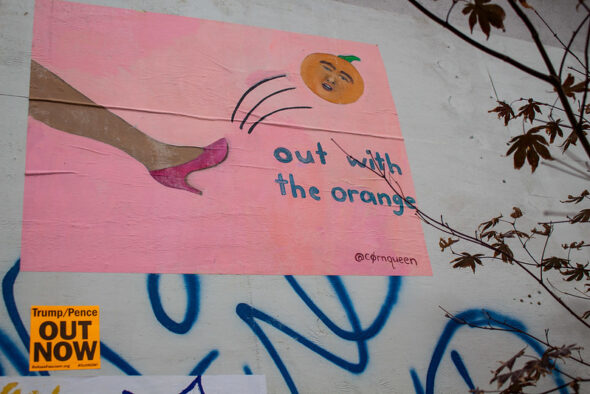 Street art next to an anti-Trump/Pence sticker in the East Village on Tuesday, November 3rd. Photo by Tori Luecking 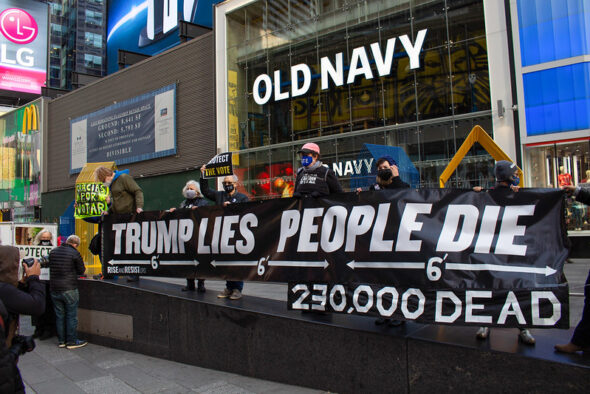 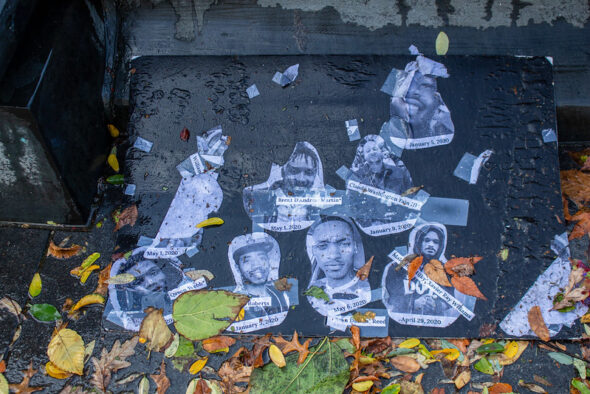 A memorial poster depicting Black victims of police brutality left in Washington Square Park. The poster got caught in the rain the night before Election Day. Tuesday, November 3rd. Photo by Tori Luecking 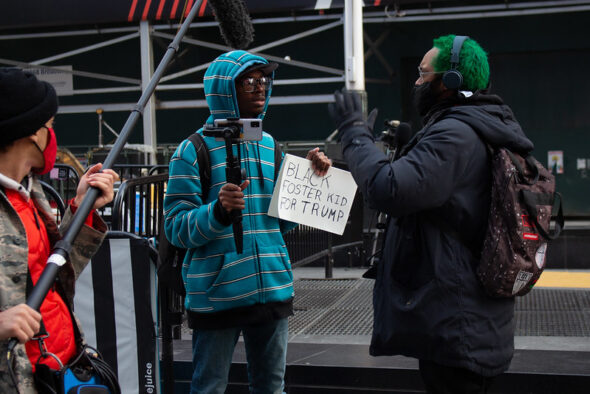 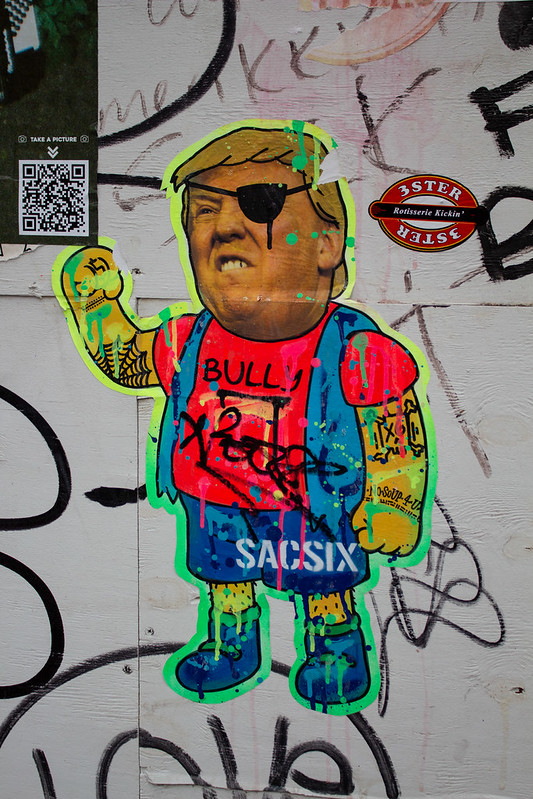 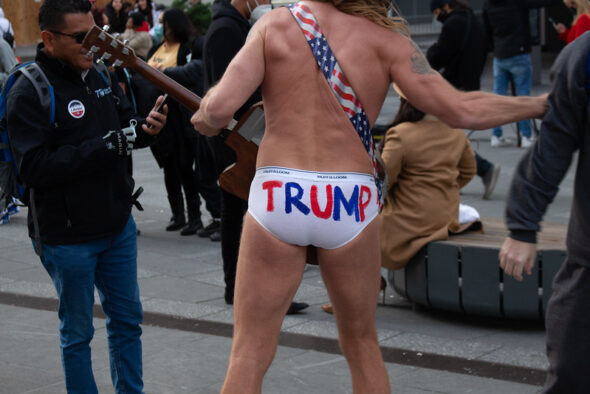 The self-described “naked Trump cowboy” walks through Times Square playing his guitar and posing for photos on Election Day 2020. Photo by Tori Luecking 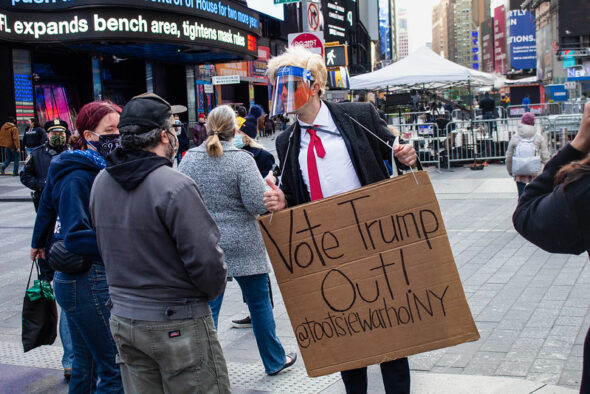 A person dressed in costume as Donald Trump holds a sign in Times Square on Election Day 2020. Photo by Tori Luecking 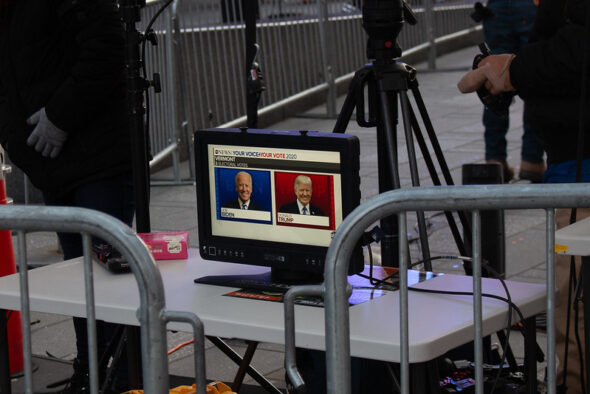 A news crew’s monitor set up in Times Square on Election Day 2020. Photo by Tori Luecking

This is a project of Lori Grinker’s graduate photojournalism class.